Well, here we are again, because the lulu train doesn’t really slow down for Christmas…

Britt’s picks is early this week!  I believe we will be back to once-weekly Tuesday uploads next week after the upload later today. 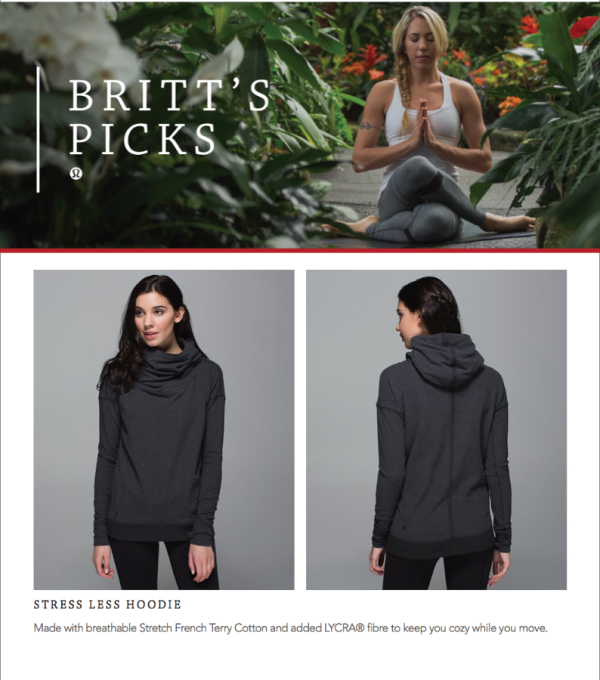 The stress less hoodie will finally be uploaded.  These are the first pics of this dark grey color. 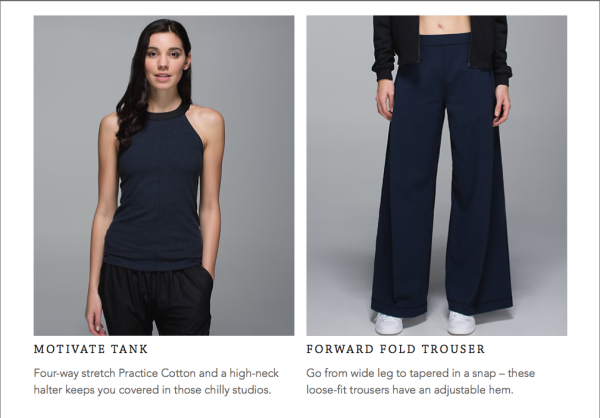 New motivate tank made of cotton, and forward fold trousers that literally fold forward and snap to narrow the leg opening.  Oh lulu, you so punny. 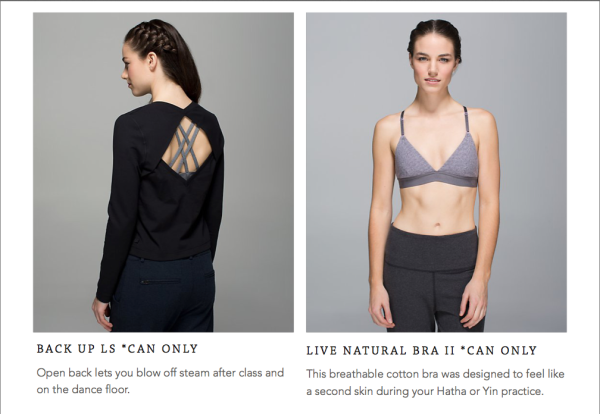 The back up long sleeve will be uploaded to Canada, although it’s been spotted in some US stores.  I think the pants in the pic might be the stress less pants (see below).  The live natural bra is making a comeback, too. 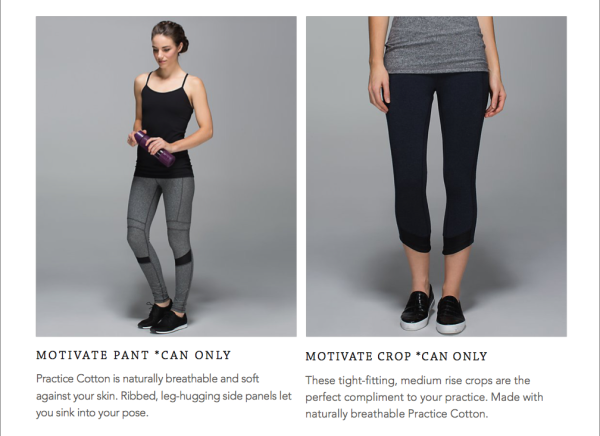 New motivate pants made of practice cotton–these were visible in the rain or shine jacket pics.  The motivate crops look like they might have the same cut as the sashiko wunder under crops. 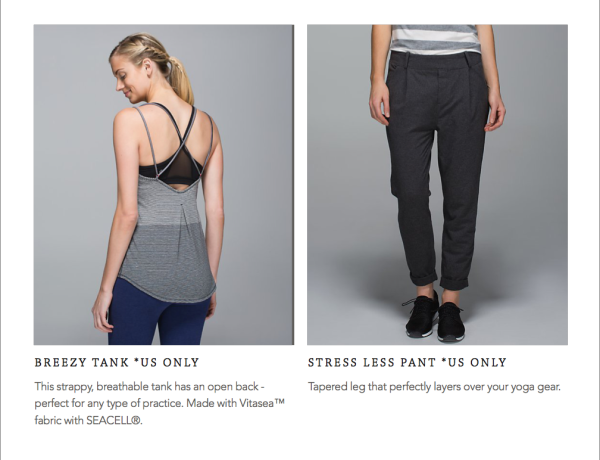 The breezy tank has potential–a nice lightweight option that could work well in hot climates.  The stress less pants are, surprise, another pair of dropcrotch pants.  While they do sometimes release casual pants with a regular crotch situation (everyday pants, better together pants), I have to say I just don’t understand why they are so in love with this design motif. 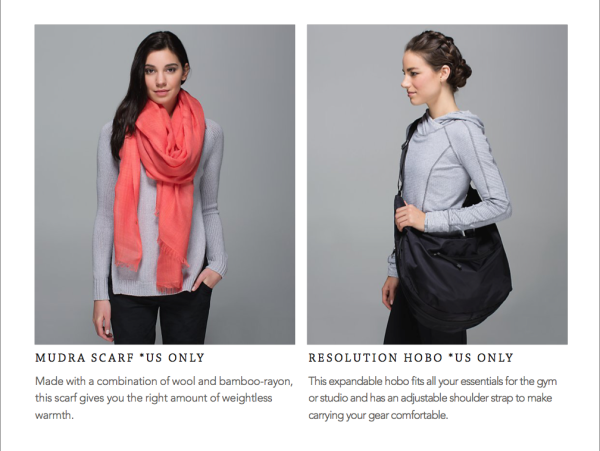 The mudra scarf is probably the best thing out of this preview for me.  I like the way the fabric drapes–it’s voluminous, but doesn’t look too heavy or cumbersome.  I’m guessing the color pictured is one of the many faces of atomic red.  Hopefully the price point is lower, maybe in the $48-$68 range since it’s not 100% wool.  I love scarves like this so I’ll have my eye on the color options.

Also, new resolution hobo coming.  It’s been a while since lulu released something like this so it’s nice to see them switching up their bag game.  The crossbody design that also fits a fair amount of stuff will be much friendlier to long commutes on foot versus the usual fare of shoulder bags.