This week’s what we love sneak peek is up!  A couple of gems are on their way to us next week: 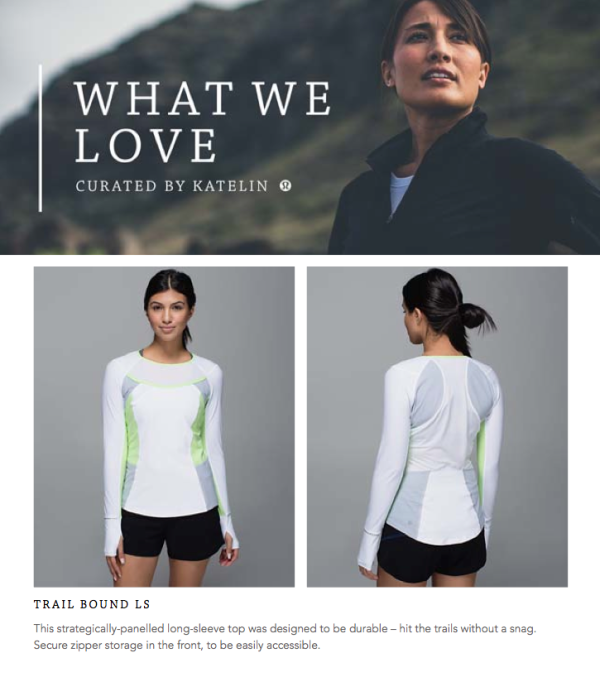 More of the trail bound capsule is making its way to North America, including the long sleeve.  Based on what’s overseas, we can expect to also see this in strawberry milkshake/black cherry, deep coal/electric coral, and black, though perhaps not all those colors at once. 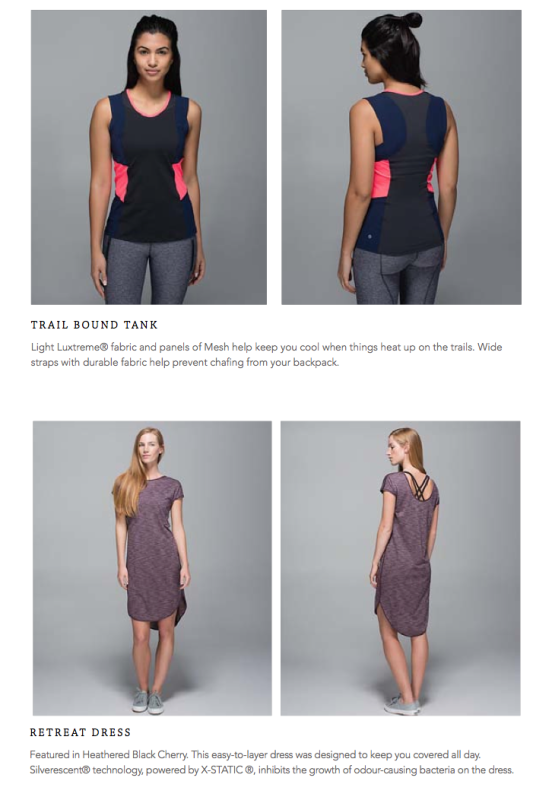 Like I said, more trail bound stuff.  Not fond of the blocked styling on the LS or the tank.  The retreat capsule is also being rounded out with a dress, which looks like it’s made of the same material as the 105F and what the sport singlets.  There’s not a lot of shape to it, but the back scoop is nice. 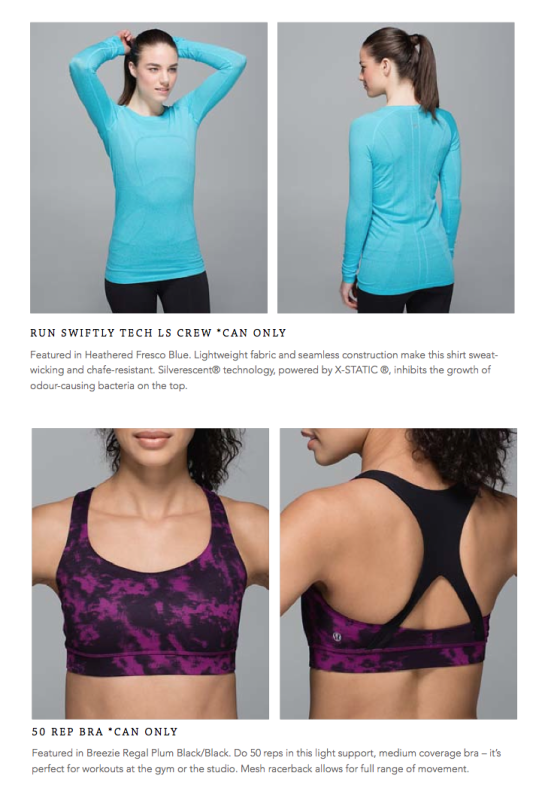 I love this new blue: fresco blue.  I adore good blues and would love to see more of this one, it looks really promising.  Lots of swiftly colors lately haven’t been made in much besides swiftlies, but I hope that’s not the case with this.  Also, we’ll be seeing more of the new breezie regal plum print this week (and I imagine it’ll be heavily featured through April as well). 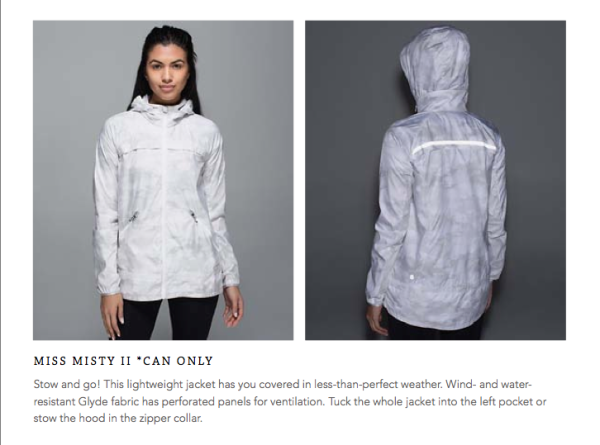 Yet another miss misty jacket color is on its way: nimbus puff. 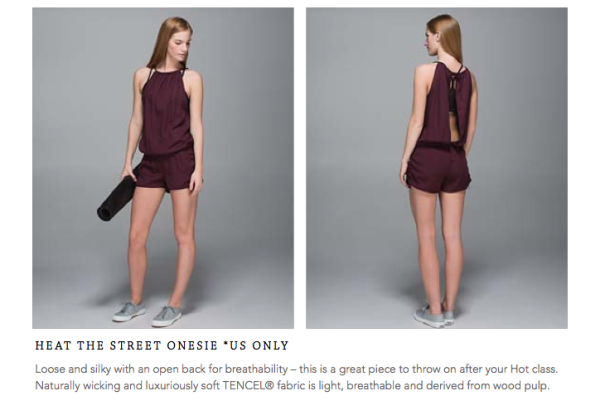 The heat the street onesie has been in the UK for several weeks now.  The color is bordeaux drama.  This is arguably an improvement upon previous onesies, although it will probably still take the right person to pull it off. 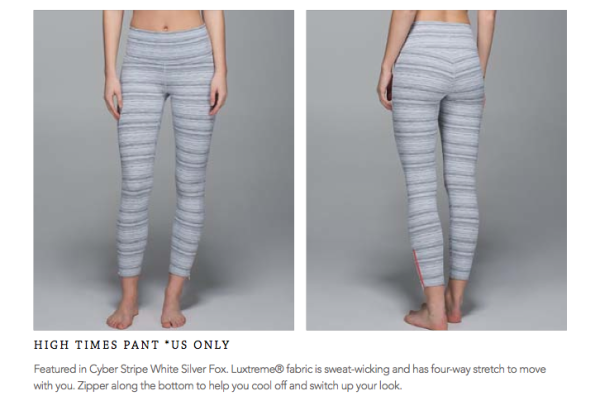 Finally, what many people have been waiting for: the silver fox cyber stripe high times pants are coming to North America.  They’ll just be in the US for this week’s upload, but will be released in Canada at some point in the coming weeks. 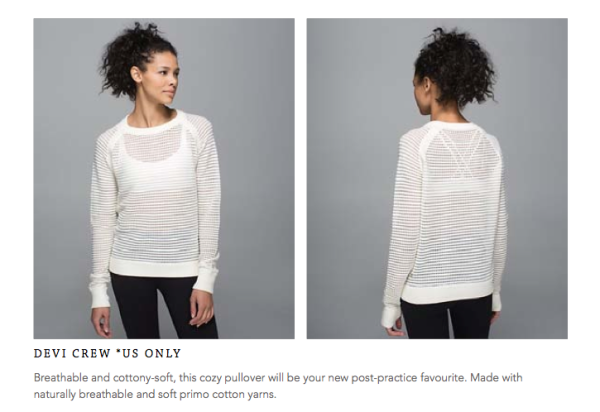 Yet another new piece coming that’s been spotted overseas: the devi crew in a loose cotton knit.  There have been a few other colors of this that have surfaced so far, but no telling if any of them will be included this coming week.