This week’s what we love sneak peek is up! 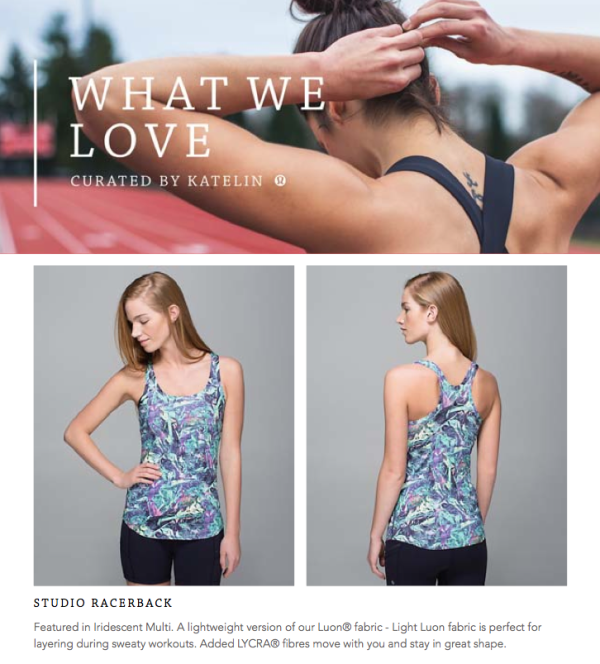 The new iridiscent multi print is coming out to play in April in the studio racerback. 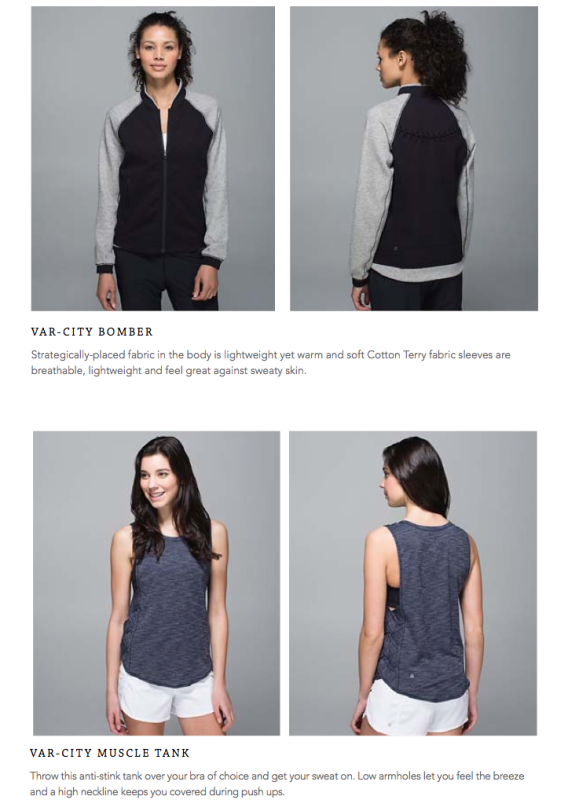 The new var-city capsule is a line of run gear with more of an urban, transitional edge to it.  The silhouette of this bomber and muscle tank look similar to some recent releases to me.  The tank looks like it has a criss-cross pattern on the sides. 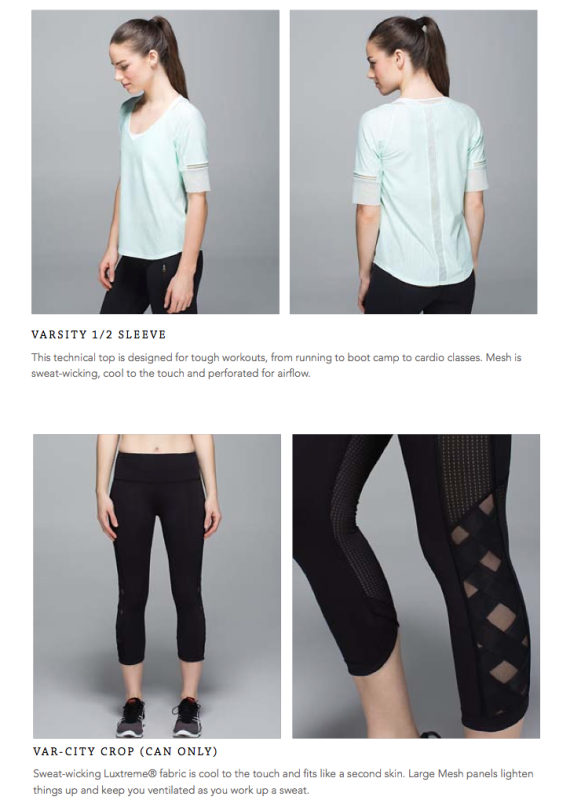 More of the var-city line: perforation and criss-crossing seem to be the unifying motifs for this line.  Although I’m pretty lukewarm about these designs myself, I can appreciate that they’re something a little different from usual, but still appear quite functional.  Katelin also notes there’s bits of reflectivity snuck into these designs as well. 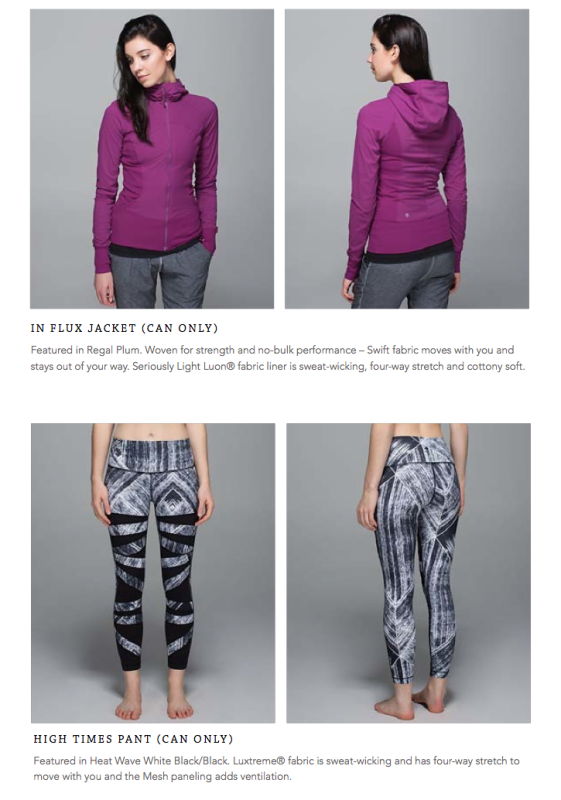 The in flux jacket will be coming in the new April color, regal plum.  The more I see of regal plum, it does look a bit darker and richer than ultra violet, although the 2 colors do seem to be pretty similar.  As I suspected might happen, lulu is indeed riffing on the success of tech mesh.  The latest is the new heat wave print.  Don’t forget, there’s also star crushed coal black tech mesh in the UK right now, too. 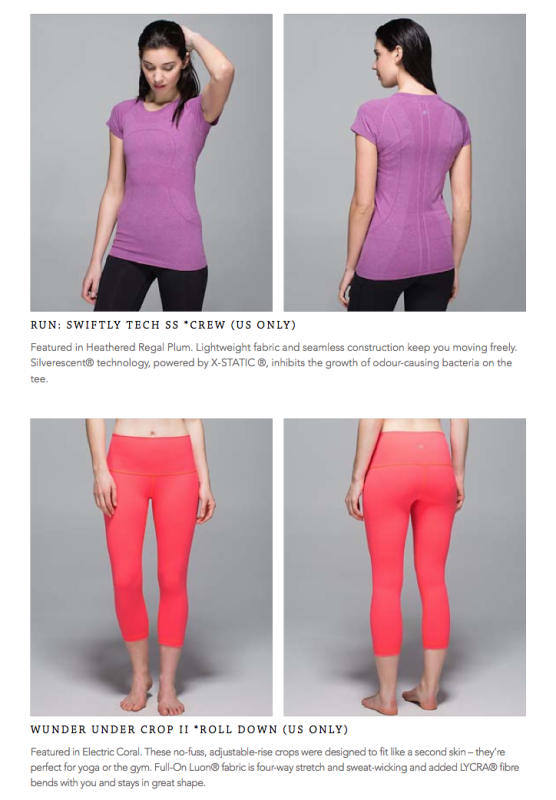 The regal plum swiftly short sleeve from Australia is coming to the US.  Presumably this means we’ll get the swiftly racerback, too, though maybe not this week.  Also, more electric coral!  This color seems to be so bright that basically all the pics I’ve seen so far (this stock pic included) look kind of blown out.  I know many people were wishing for these wunder under crops.  As I thought might happen, the crops are rolldowns since the pants are regular rise.  Some have already said the pants are sheer though, so while you may get lucky, I wouldn’t get your hopes up too high.