Wow, it’s gonna be a big week in lulu-land!  On this week’s what we love, Katelin spilled the beans that the Wanderlust 2015 capsule collection will be uploaded to the website!  Along with that, the dance to yoga capsule (which I went over in this week’s international upload post) will be dropping as well.  This week, there are no notes that any of this stuff is country-specific, so all of what you see here should be showing up in both US and Canada. 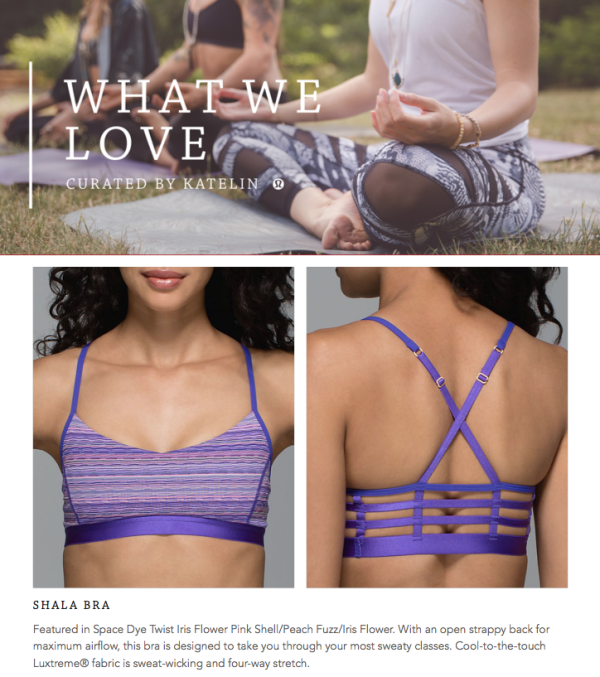 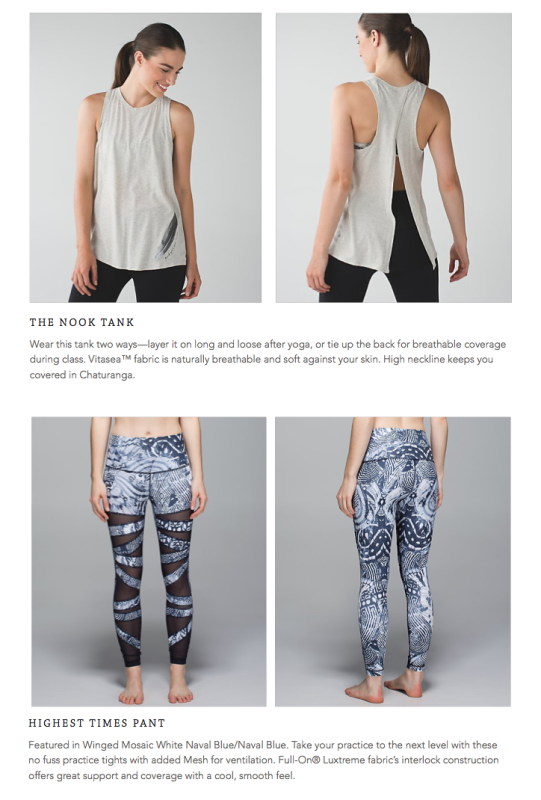 Ahh finally the real name of the butterfly Wanderlust print–it’s called winged mosaic.  Besides the highest times, the nook tank and shala bra will be uploaded. 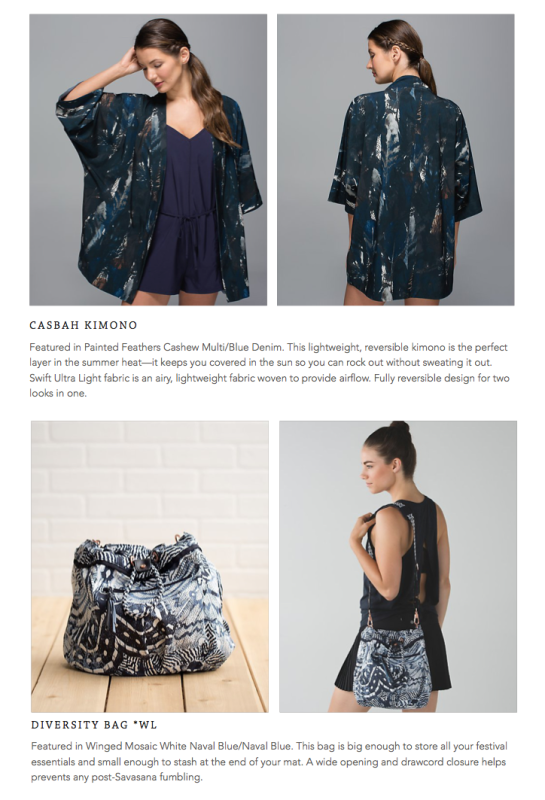 The casbah kimono and diversity bag were also products that dropped in select stores these past couple months.  Also, another name reveal: the feather print is, appropriately enough, painted feathers.

If you want to get your hands on the winged mosaic bag, you’ll have to be speedy.  These have been selling like hotcakes in stores.  Also, in these pics, the model is wearing a romper.  At the WL festivals themselves, there were a couple products sold there that were not available in stores, including a romper (along with a handful of other things).  I wonder if these other products will be uploaded too, or just what’s shown here/what was in stores? 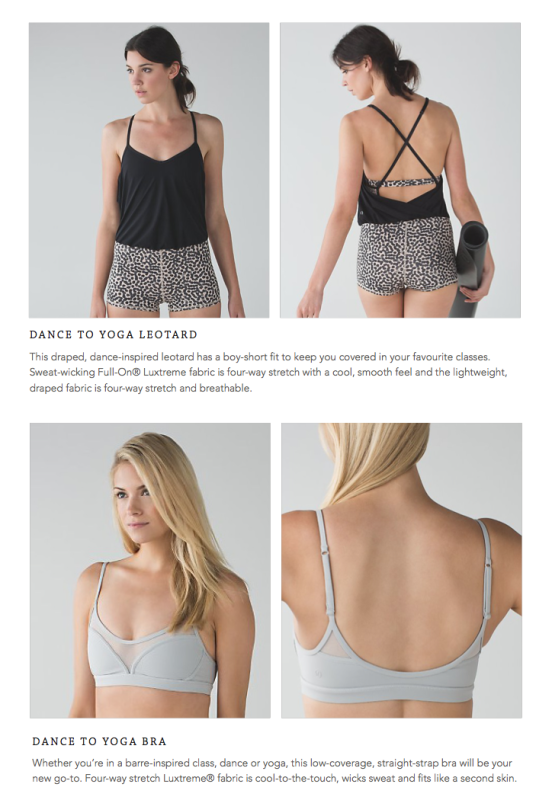 Moving on from Wanderlust, here’s some more pics of the dance to yoga capsule coming. 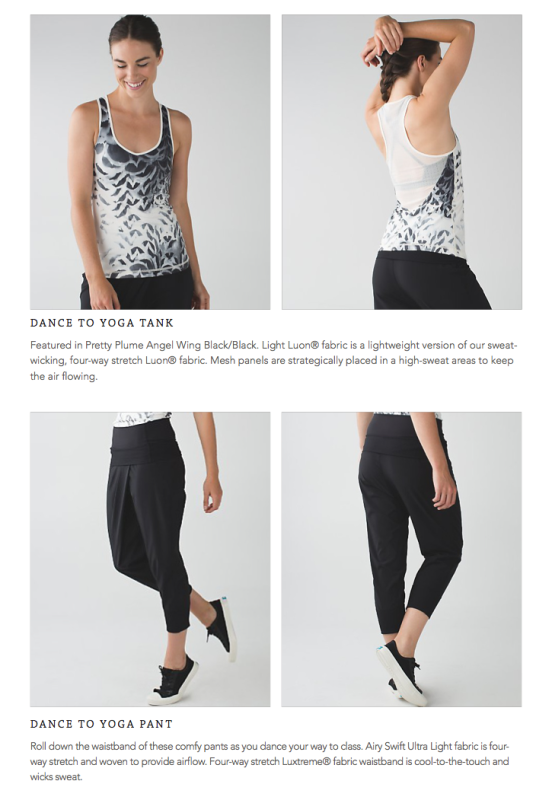 In black, the dance to yoga pants remind me quite a bit of my rolldown sweats from Alala. 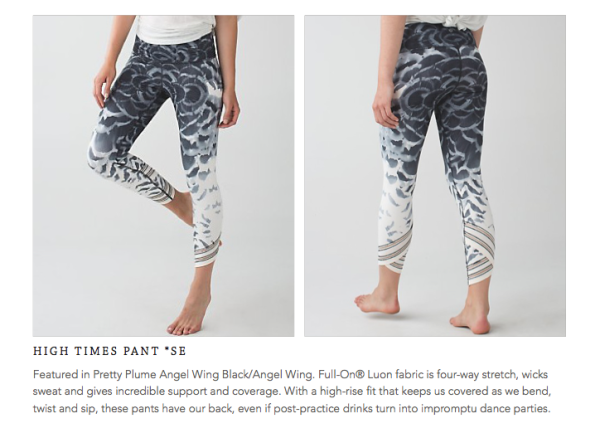 Lastly, we’ll be seeing the pretty plume in earnest, including these dance to yoga edition high times.  I suspect that the pretty plume rolldown WUP will be uploaded Tuesday also, since they go along with both the color story and the theme of this whole drop, so be at the ready if you’re wishing for those!  Of course, things often get delayed so my suspicion could be wrong. :)