After a 2-week hiatus, what we love is back!  Here’s what’s on deck for next week’s lulu upload: 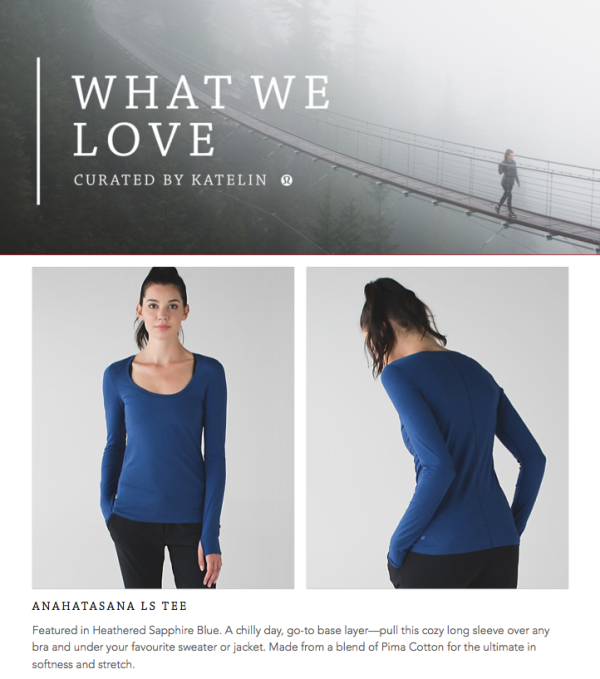 First up, a basic pima cotton scoopneck, the anahatasana long sleeve (geez that’s a lot of a’s).  This is really pretty, but after the inner essence long sleeve, I’m worried the scoop will be too dramatic.  Still, I may give it a try since I like scoopnecks for casual wear. 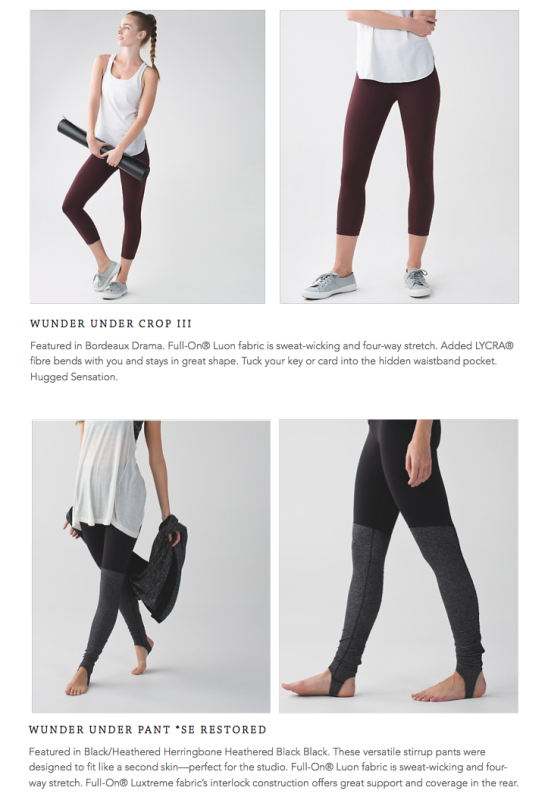 After a run-heavy upload last week, it’s looking like there will be lots more yoga and transitional pieces this time around.  In wunder under land, bordeaux drama wunder under crops are coming back.  Last year they released bordeaux WUC, but they were luxtreme and I’m pretty sure that was the only pair.  There’s also an interesting new pair of special edition wunder under pants, with a blocked section of black and herringbone, plus stirrups at the bottom.  This leg warmer look reminds me a little of Alo’s goddess leggings. 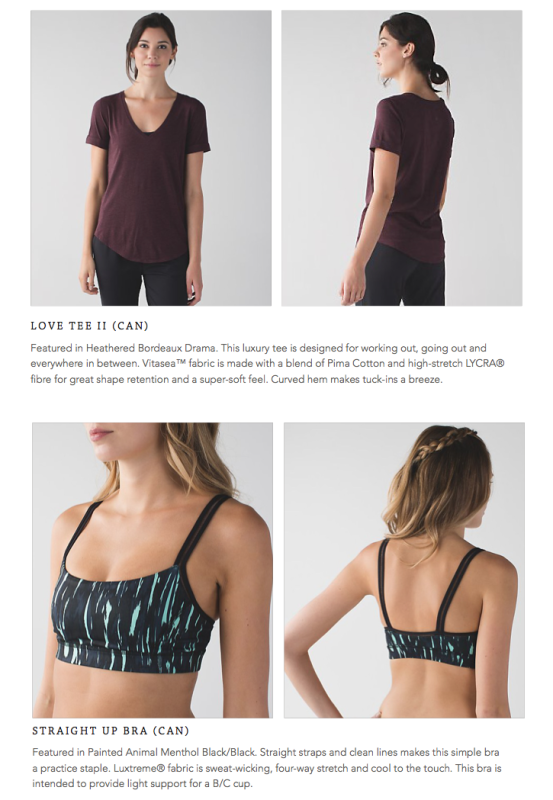 More bordeaux is coming on the love tee.  There’s also a new print on the straight up bra: painted animal menthol.  I wonder if this is one of the prints that will be featured more prominently in October. 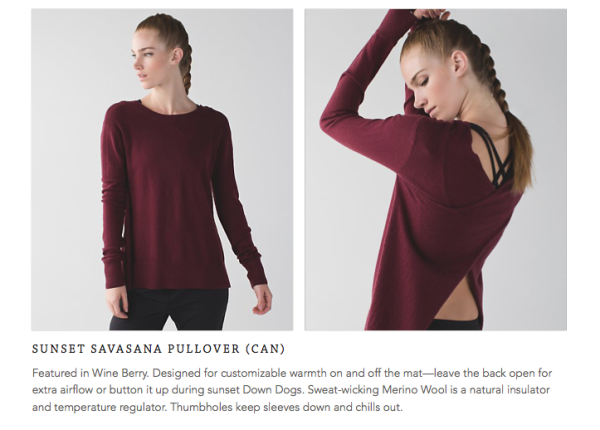 The new sunset savasana pullover uploaded to Asia a couple weeks ago but is headed our way.  It’s very pretty in wine berry.  The open back can be buttoned closed, but it looks like there’s just one button at the bottom so it’d probably still be a bit breezy.  You can see the button in the pics on the Hong Kong website. 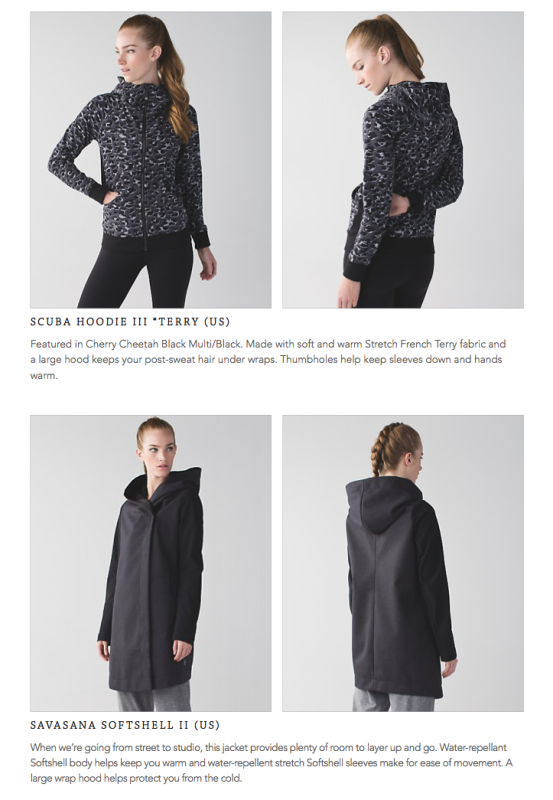 Finally, we’ve got some outerwear to round out the list.  The scuba hoodie iii in terry will be coming in cherry cheetah.  As far as I can tell, there isn’t much difference between the terry scuba and the terry on the daily hoodie.  This cherry cheetah print is saving me lots of money so far.  Also, the savasana softshell is coming back for fall in the obligatory neutral.