Finally!  This week’s what we love is up.  Next week is the first week of the official fall season for lululemon, so I’m sure things are a bit crazy up at HQ.  Katelin notes that there is a holiday Monday, and that she doesn’t have confirmation that all the pieces here will be landing next week exactly.  She also says she’ll try to add some more pieces Tuesday!

At any rate, let’s jump into the first look at the new prints and colors coming our way this fall!! 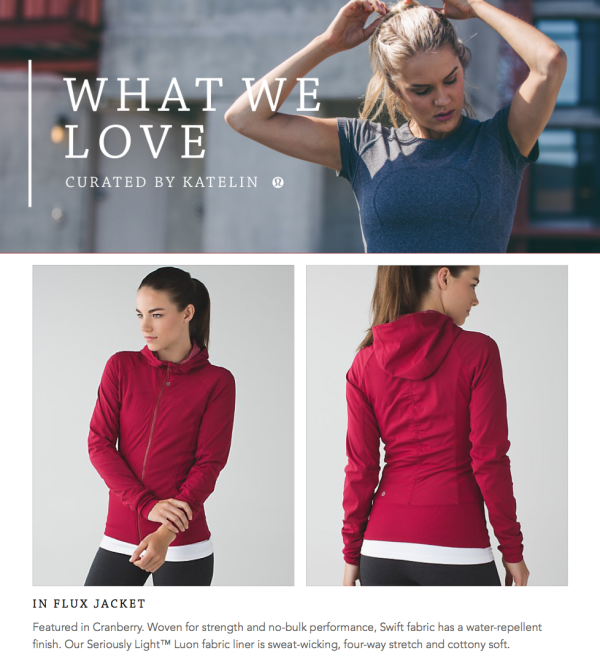 Cranberry is our first new color for fall/August.  This is similar to deepest cranberry from last fall, but as the name implies, this one’s a bit lighter.  This is the closest things we’ve had to a true red in a while since it’s not orangey, though it’s still not the fire-engine-red a lot of people seem to be hoping for. 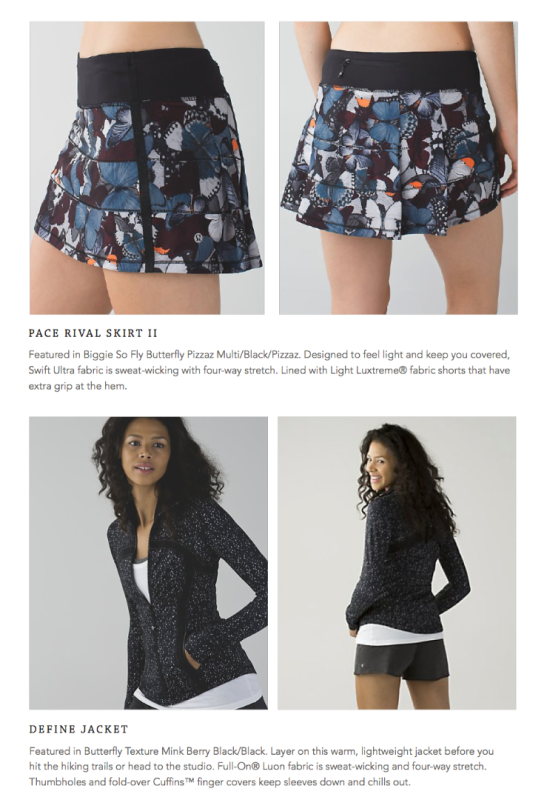 The other big theme this month: butterflies!  Butterflies everywhere!  This seems to be a common thread for lulu right now, since the Wanderlust collection was butterfly-inspired, and the SeaWheeze collection looks like it’s going to include some insect action as well.  The butterflies are out in full force on the new so fly butterfly print.  The print also includes pizazz, so we might see a return of that color (which was last released in summer ’13).  The define jacket looks a lot like net pop, though it’s hard to see what this pattern really looks like in this photo. 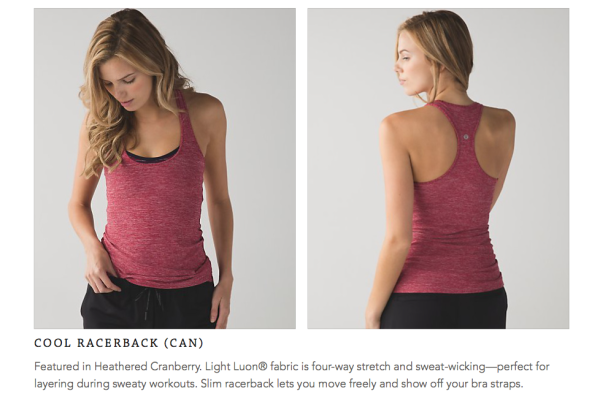 The next cranberry item will be a heathered cool racerback.  This one looks awfully similar to jeweled magenta, so this doesn’t tempt me too much.  Side by side, I’m sure JM would appear much more pink, but still, probably too close to tempt me. 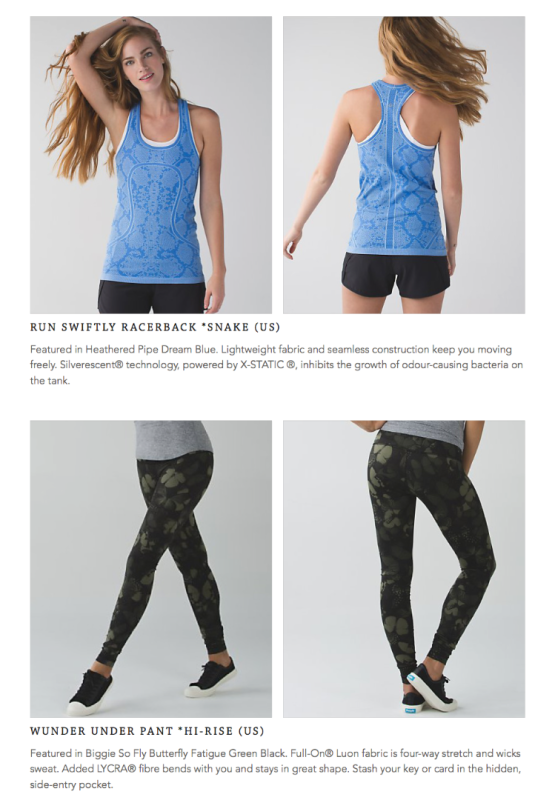 Alongside butterflies, looks like we might have some snake prints coming our way too.  I actually kind of like the snake print on this new pipe dream blue swiftly, crazed look from the model notwithstanding.  I’ll be keeping my eye out for these.  Lastly, the same butterfly print from the pace rival skirt above will come in a monotone fatigue green version.  Fatigue has been on repeat a lot lately, but it’s a pretty decent neutral-ish color, so that’s not totally a bad thing, especially since it goes nicely with the more earthy feel of what we’re seeing for fall so far.

Overall, I’m not swooning over lululemon’s fall offerings just yet, but I’m sure there’s plenty left to see!  I wouldn’t complain about a break anyway. :)