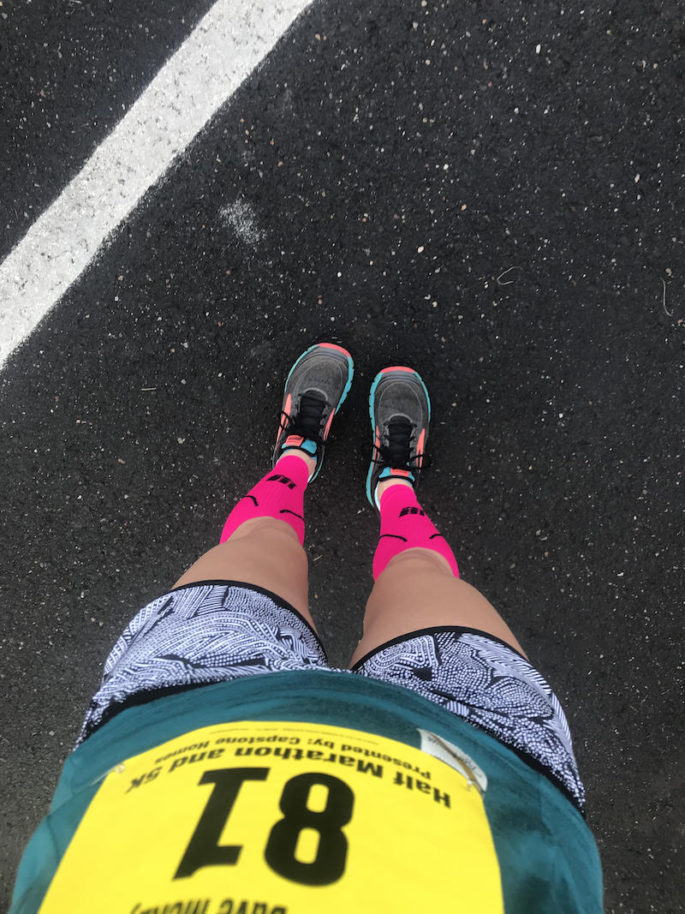 Well, it’s done!  My goal race for the season is behind me.  I ran the Dave McKay Memorial / Big Brothers Big Sisters Half Marathon in my hometown of Flagstaff, AZ.  This was my second half marathon after my first last fall.  Going in, I set a goal time of under 2:20 to finish, and a stretch goal of 2:10.

The race starts out on a short stretch of road before diving back into a park.  From there, the course is wide urban trail and forest road, minus a very rough mile or two with no discernible trail.  While I run some forest roads, most of my training is single track trail, which means forest road terrain is very easy by comparison.

The elevation profile for the course looks like so:

In light of that, my strategy for the race basically wrote itself.  Just run for the first 8 miles and don’t worry about pace, then punch the gas til the finish.

Fortunately, I’ve run the first couple miles of the course plenty of times, including the short but brutally steep 13% grade.  I knew exactly the pace I could maintain up the first 2 miles that wouldn’t burn me out too fast.  The first couple miles were smooth as I patiently chipped away at the gradual incline. 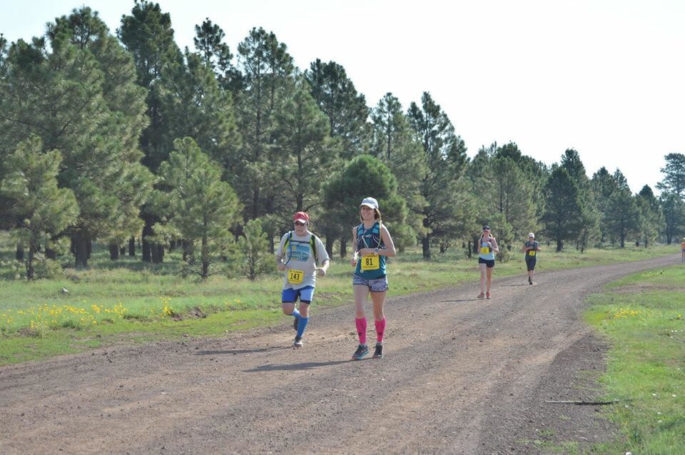 Once I finished mile 3 or 4, a little bit of nausea started setting in.  I started drinking water more aggressively and tried to keep my mind off of it.  It definitely drained some of my mental energy and was a low point in the race.  The nausea lasted til around mile 6 or 7 when I started feeling good again.  These miles were mostly flat and easy, so I just put on cruise control.  I let my pace creep up just a little bit.  It was a beautiful day, sunny and breezy with temps in the 60s-70s.

As soon as my watch buzzed 8 miles, I flipped the switch.  I’d been biding my time for the last hour and a half and I was ready to race.  I ran the next mile in under 9 minutes.

In my training, I did quite a few 5-6 miles tempo runs.  The idea is to run at a pace that’s only barely sustainable.  I struggled badly with these runs, blowing up on some and barely surviving others.  They were virtually never what I would call good runs, which frustrated me during training.  I looked forward to most of my other training runs, but I dreaded tempos.

But these runs taught me something important: how to run hard and stay in the pain cave for way, WAY longer than I ever wanted to.  Blowing up on those runs taught me things too: when to push, and when I’ve gone too far.

These lessons were hugely important when it came time to perform.  Going into that “5-mile tempo” starting at the 8-mile mark, I knew I could pull it off, and I knew exactly how to feel out the right pace.

From when I flipped that switch, it was virtually non-stop suffering from there on out.

Around 10.5 miles in, I got a little nervous.  With nearly 3 miles left to go, I began to worry the wheels were coming off.  I was afraid I was crashing and wouldn’t be able to rip through those last miles like I’d planned.

After a brief moment of horror, I collected myself, quietly scanning for tension I could release from my body, a practice I’d cultivated through countless training runs.

I slammed my way back down the 13% grade hill, hardly the gazelle-like descent I had in mind.  Now back in familiar territory, I knew exactly what was coming next on the course and how close I was, and I let it egg me on.  When I passed the 12-mile mark, I was close enough that I didn’t even care how it felt, I was high on the promise of the finish.  Time to floor it. 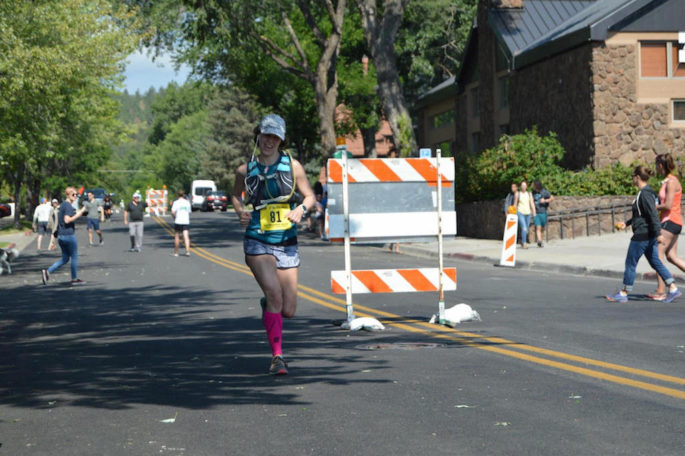 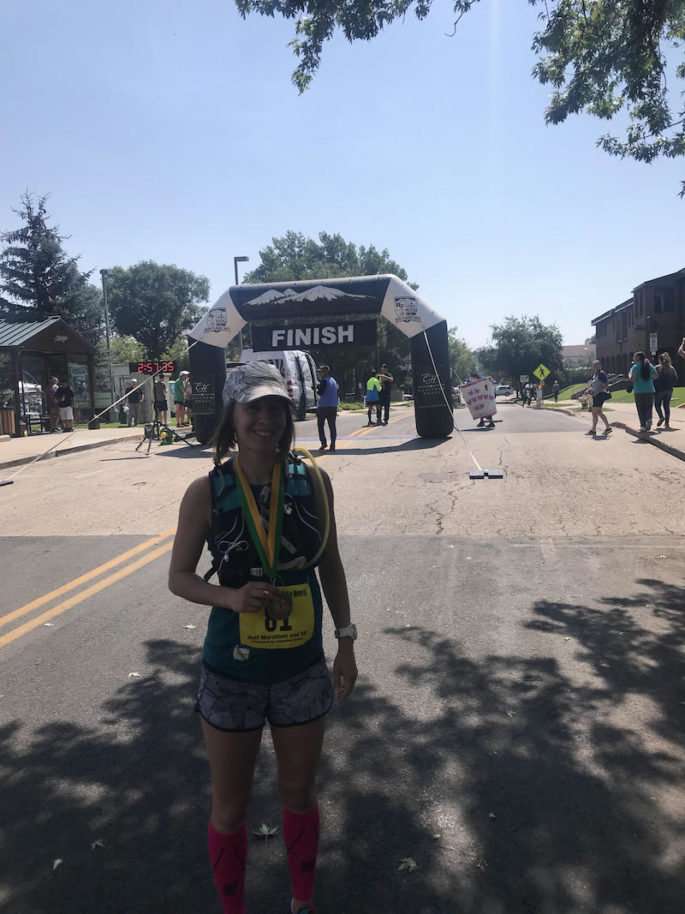 Although I wouldn’t say I had a flawless race, overall it was pretty much the race I hoped for.  Comparing what I was able to do this year versus last year is staggering.  Compared to last year, I ran nearly twice as far in the same 20-week time frame: 256 miles versus 409 miles.

In my last couple of training runs, I had a mantra to myself that I would do more than just survive the race, I would race the race.  And I really did!  I would never have imagined being able to finish out 5 miles at an average pace of under 9 minutes after already running 8 miles.  Just getting out and logging some miles gets you far, yes, but this year proved how just how much of a difference intentional, targeted training can make.  I worked incredibly hard during training and stuck to my plan with strict precision, and it’s amazing to see that pay off. 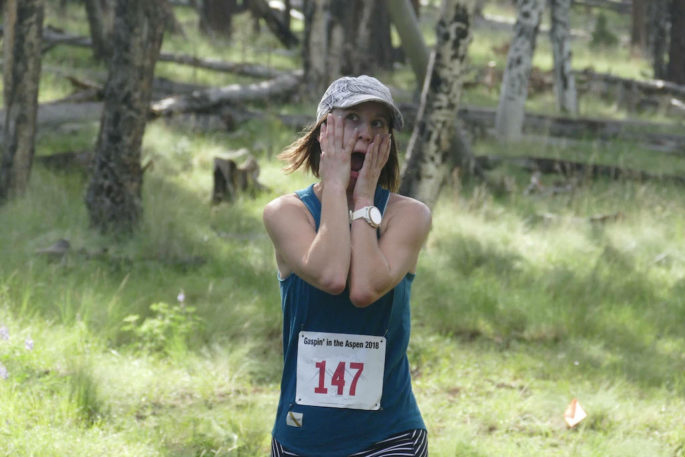 Two weeks after my half marathon, I raced again.  I had run this event last year and it was one of my favorites.  The course is so fun but very challenging–as the above photo suggests. :) It’s 100% off-road with a minimum altitude of 8000′ and around 800-900′ of accumulated gain across about 8.9 miles.  That said, my expectations going into the race were basically nil.  I was 2 weeks off of my half, had traveled down to sea level for a couple days, and was under a huge amount of non-running stress.  Not exactly a recipe for top performance.

In spite of the less-than-ideal circumstances, I had a great race.  The legs felt smooth right out of the gate and my execution was nice and clean.  I finished in 1:37:37 compared to last year’s time of 1:48:16! (And yes, I wore the same tank for both races.)

I’ve been laying low for a couple of weeks and running very little while I give my body a chance to piece itself back together after a grueling training block.  I’ll be picking back up to a more normal training schedule over the next couple of weeks, but I’m currently planning to spend some time doing a little more cross-training instead of maxing out my mileage.  I want to build up more strength be revisiting my old friend the barbell, and I want to enjoy plenty of time riding my bike before the snow comes.  There’s still some figuring out to do to fit all this together, so we’ll see how it actually falls out.

The last race I have planned for the season is on October 13th.  It’ll be a butt-kicking 11 miles of trail, including 1,600 ft of gain up to nearly 9,000 ft.  This isn’t a goal race, so I don’t have specific goals in mind.  The course goes through one of my favorite areas to run, so I’m very much looking forward to whatever the experience brings.  As of right now, I don’t have any other firm plans besides just having fun outside and soaking up the last of the warm weather!