I had been wanting to try Beyond Yoga’s back gathered leggings for a while, and when Black Friday rolled around, I stacked some discounts and got a great deal.  I got them in the wild plum color, a red-toned purple.  Here’s a quickie review: 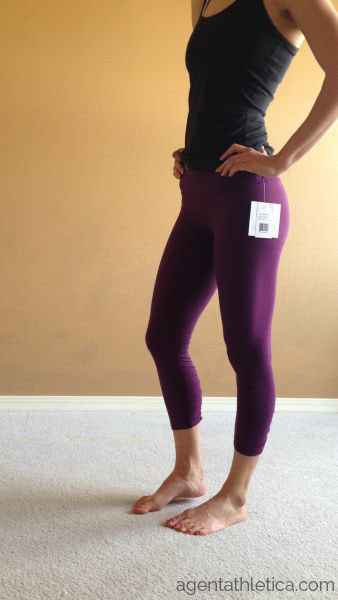 On the positive side, I love the color–a lovely, saturated jewel tone. 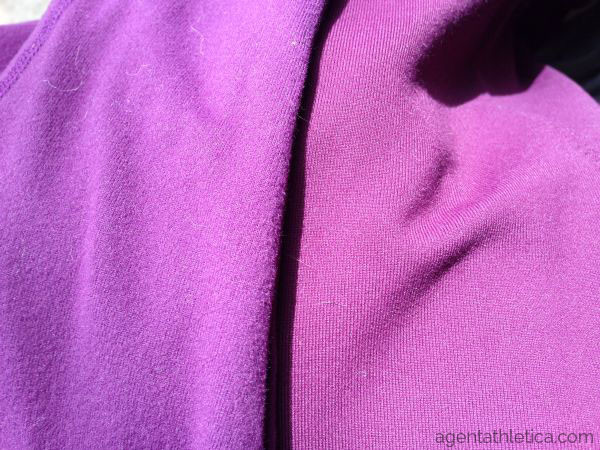 It’s very similar to lululemon’s plum–it’s a bit less red, but still more red than most purples.  This photo is in direct sun, with Beyond Yoga wild plum on the left, lululemon plum on the right. 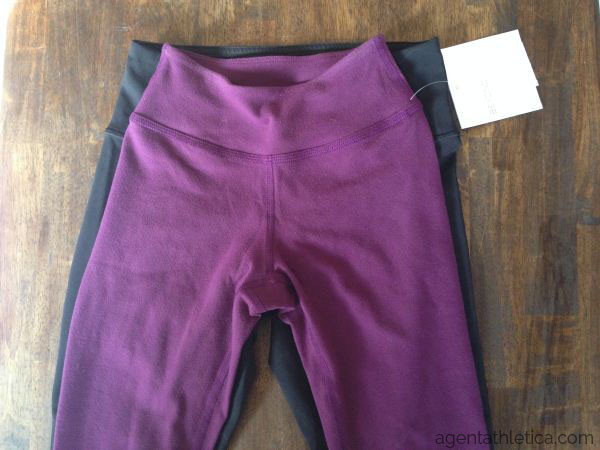 The first thing I noticed when I pulled these out of the box: they are cut very small.  This photo is Beyond Yoga’s XXS on top of lululemon’s size 2.  BY’s leggings are smaller all around, but especially at the waist.  If you are between sizes, a size up is definitely the more prudent choice, assuming their sizing is proportional all the way up. 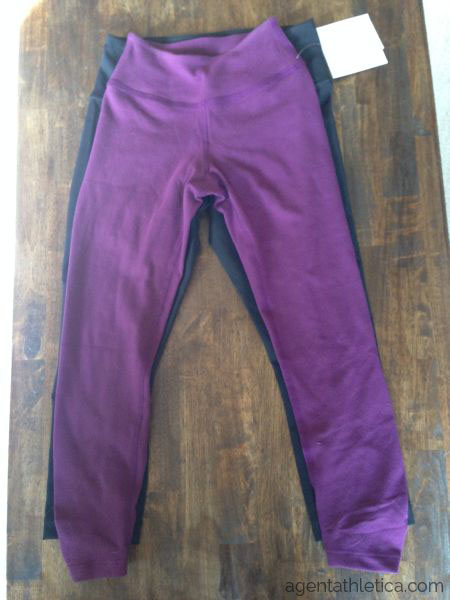 Despite the small cut, I was still able to get them around my booty with only a minor amount of shimmying.  They didn’t feel too small when I had them on–no cutting in or constricting.  The fabric also didn’t have the sheen that tends to appear when nylon leggings are overstretched. 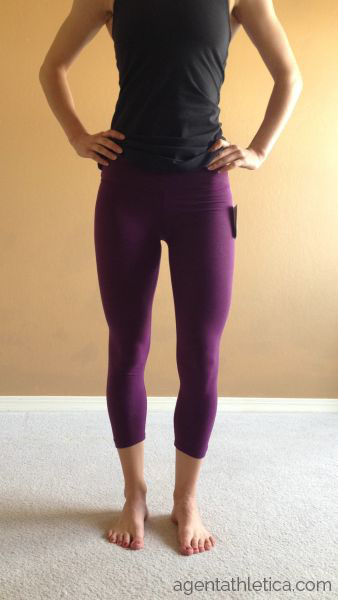 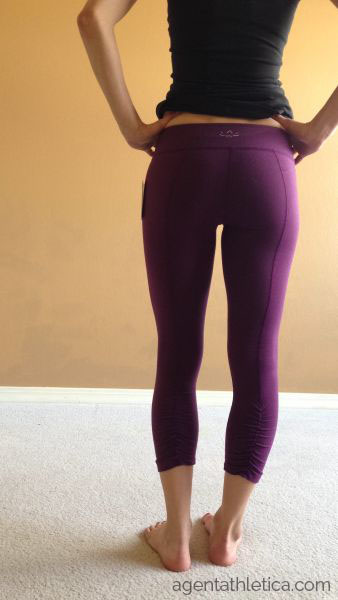 I really like the styling in the back.  The seams and ruching are a nice bit of styling to otherwise plain crops.

Major problem though: the opacity just didn’t cut it.  I could see the white waistband tag while standing, so you can imagine the bend test did not go well.

Even if I sized up, I would imagine that standing up straight wouldn’t be a problem, but I’m not confident they would pass a bend test.  As I said above, they didn’t feel too small when I put them on.

I was really disappointed in the coverage since I had heard that BY’s fabric was nice and thick.  These didn’t seem particularly thick to the touch, in addition to not having great coverage.  I was hoping that choosing a dark color would increase my odds of success, but no dice.

Fortunately, I got these with a coupon code, so I was able to return them.  Their sale section is final sale, so I’m glad I took the cautious route and made sure I bought something I could send back.

Overall, I won’t rule out BY’s leggings based on a sample size of 1 (lol science), especially since others have had better experiences.  Next time, I will definitely stick with a darker color again to be safe, but I’ll also try a size up and see if that makes a difference.  If anyone else has had experience with BY’s sizing and coverage, sound off in the comments so we can compare notes!