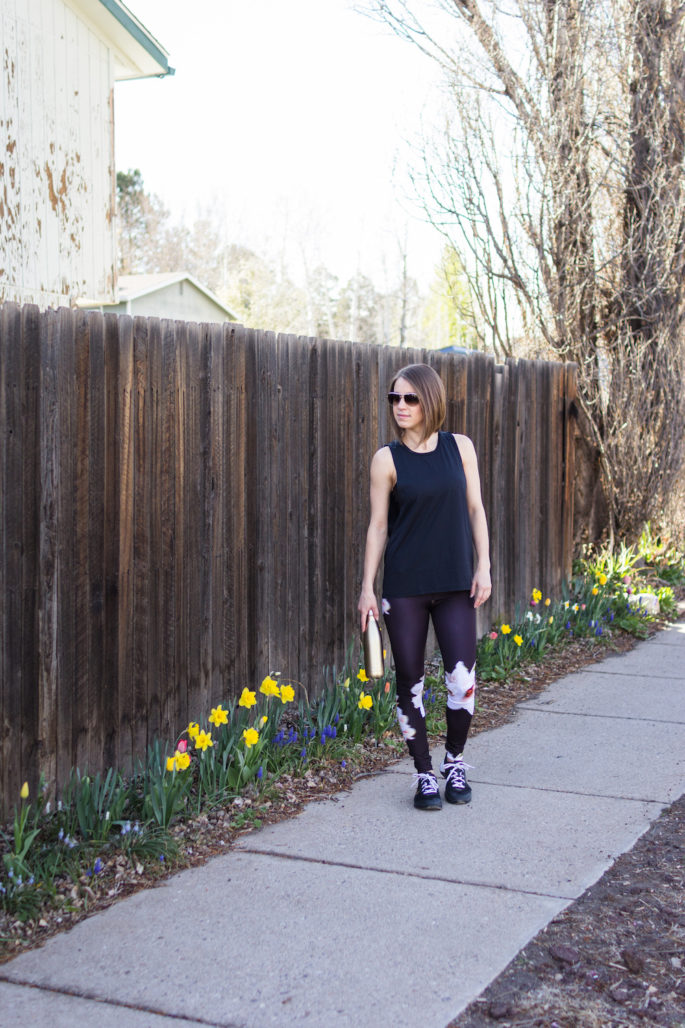 After a good start with last season’s lineup, I’m back to test drive a few styles from Carbon38’s second in-house collection!  Besides stocking a wide variety of killer fitness fashion, Carbon38 also stepped up to the challenge of creating their very own activewear.  Here are my thoughts on their latest.

Disclosure: the outfit in this post was complimentary from Carbon38.  As always, all opinions are my own. 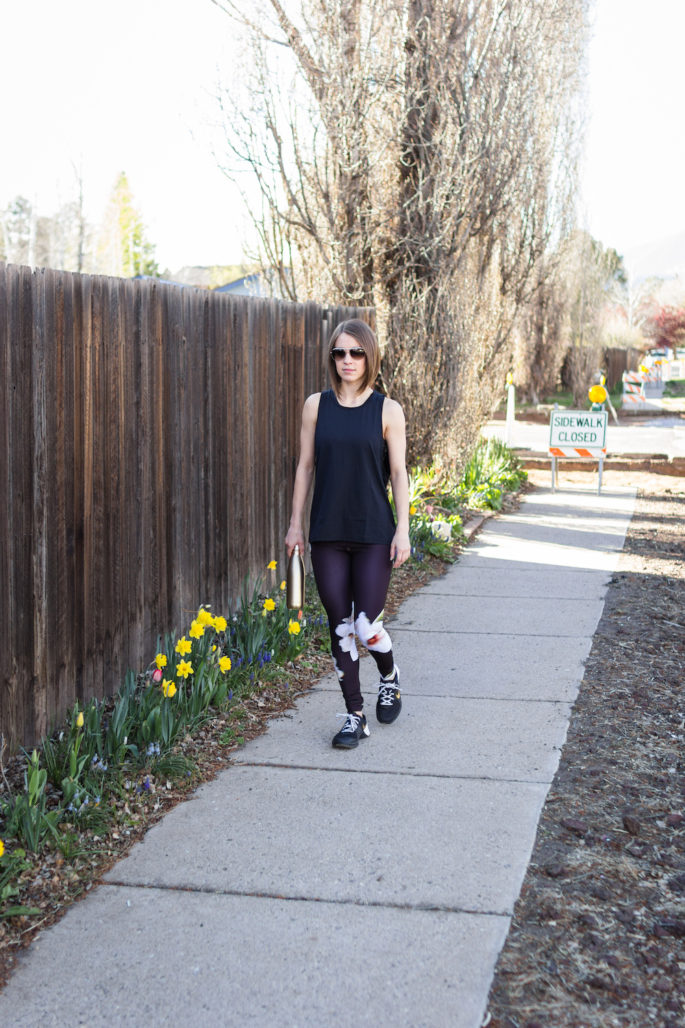 The calyx print is Carbon38’s first foray into color, featuring oversized magnolia flowers scattered over a dark background.  The background has a slight purple tinge to it.  There’s also another version of the zoom leggings with the same print, but on a grey background.  They’re a nice print for someone who wants to do florals, but doesn’t want something too girly. 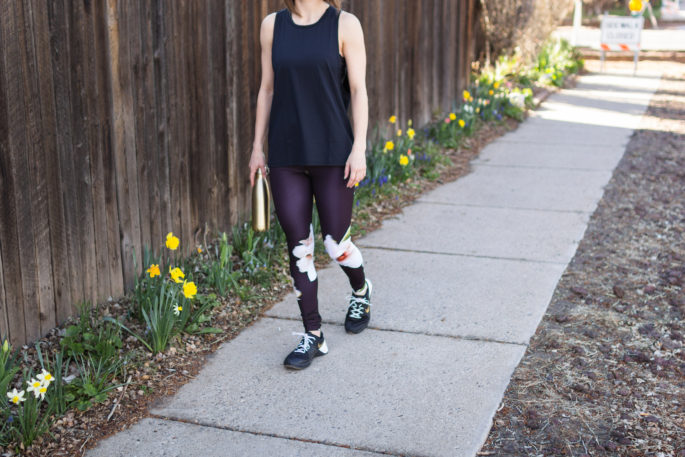 Carbon38’s polonium leggings last season were in collaboration with Goldsheep, but these are not, which means they have a completely different fit and feel.  Unlike the polonium leggings, the zoom leggings have a firm, compressive fit.  If you go with your true size, expect a lot of shimmying to get into them.  If you’re between sizes or if you don’t care for compression, go up a size.  I’m an XXS/XS, depending on the brand, and the XS in these fits me well.

A couple other pluses of the new zoom leggings over last season: this version is sewn with flat seams all over, and it’s $15 easier on the wallet. 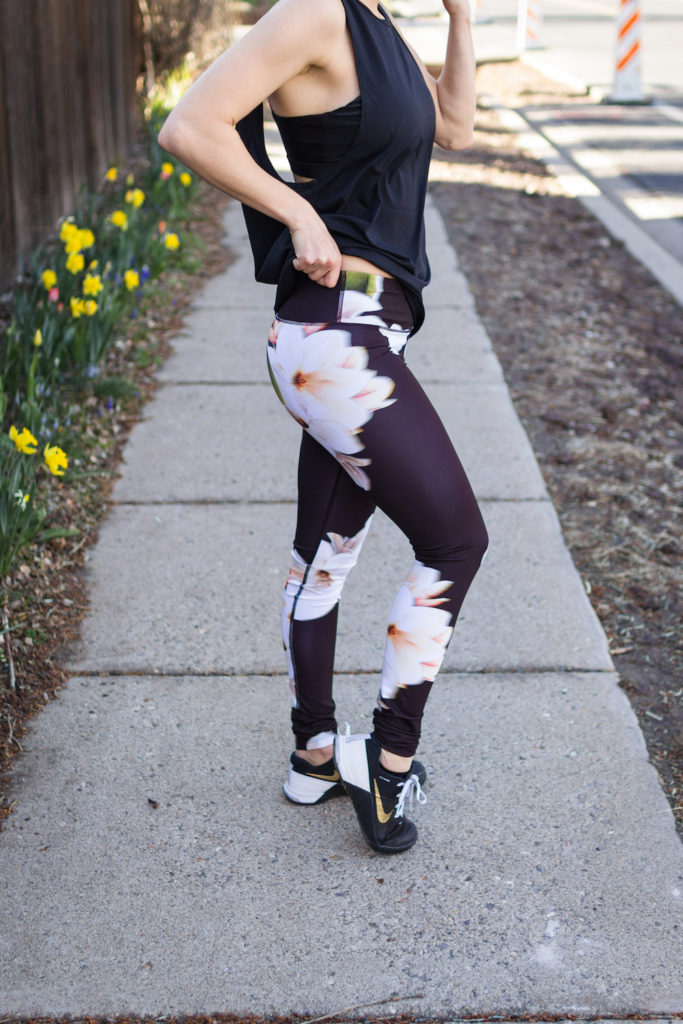 The fit is a higher rise, just a bit below the belly button.  There’s a slit pocket in the waistband.  The fabric has stretch to it (of course), but not as much give as other styles you might be used to.  Like most compression leggings, the fabric has a smooth, slick feel, rather than a cottony texture.  They feel great on.

Take note that pattern placement does vary.  My pair ended up with white flowers across the bum, which means I have to be mindful about what I wear under them.  Not all pairs are like this, though.  On the other hand, despite the inside of the fabric being white (as most prints are), the pattern didn’t fade too much when stretched, which is great since they’re a darker color. 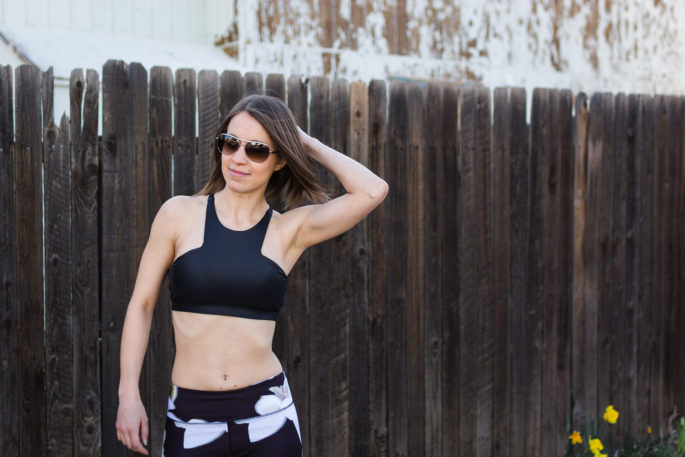 Next up: the ion bra.  This piece has a shiny finish, angular lines, and an overall slightly futuristic feel.  This bra comes with cups included, which is always a big plus for me, though you can remove them if you prefer.  The fabric is very sturdy and looks great. 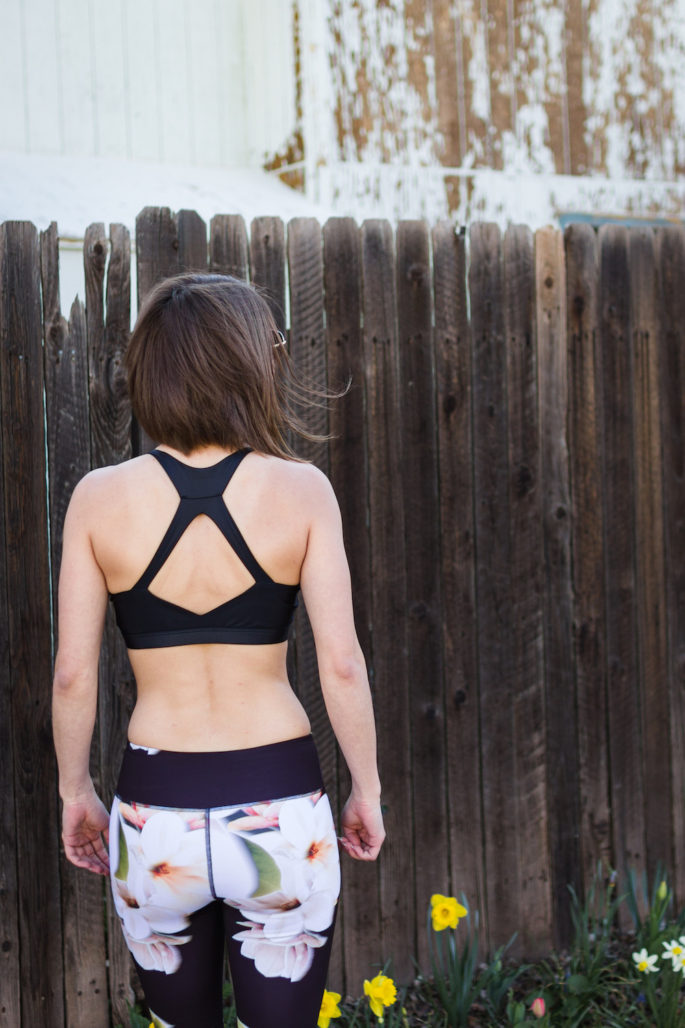 I love the back design–it’s comfortable while still being undeniably cool.  This bra is badass.

Carbon38 suggests it’s a high support bra, but for me, the band ran a bit big, which took away from its supporting powers.  I wear a 30 band and the XS wasn’t as snug as I’d like, so I’d say this size would probably be best for a 32-34 band.  Be careful if you’re a larger cup size, since the way it’s cut at the top may result in some underarm spillage.  The bra sizing is the opposite of the leggings above: if in doubt, my vote is to go down in size.  I wish this bra had been available in a size smaller, because then I think it would’ve been perfect for me! 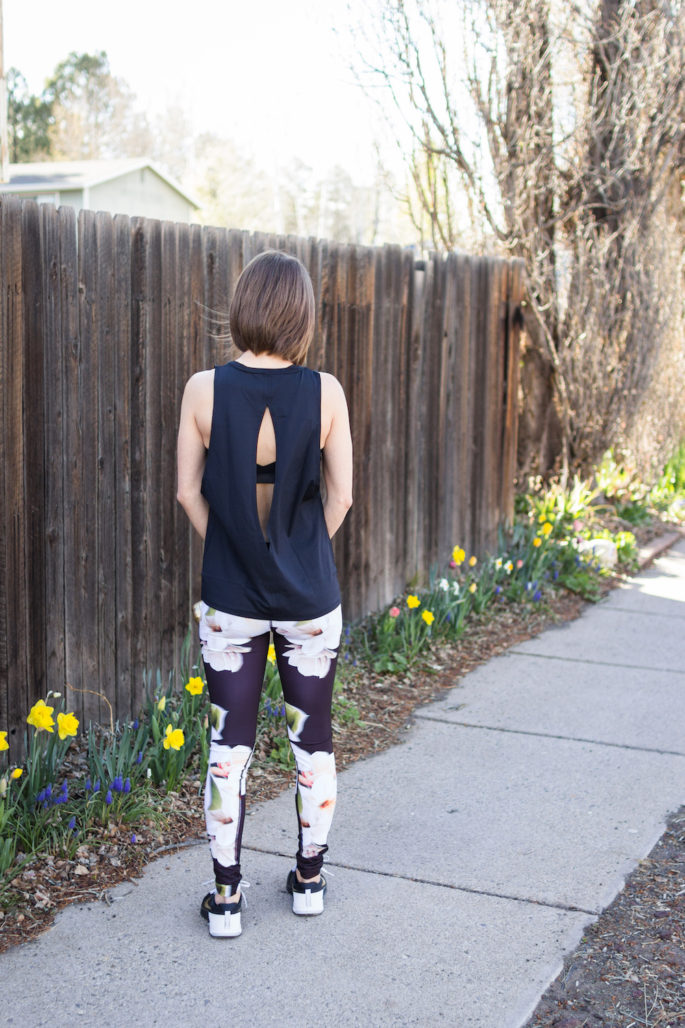 I have to admit, the atom tank wins the prize for my favorite piece out of the three.  It’s a classic muscle tank silhouette–loose fit, high neck, and dropped armholes.  But the back has the added fun(ction) of a slit back.  The back isn’t too open, so you get the breezy advantages of an open back without showing as much as other open-backed tanks.

The fabric has a silky, lightweight feel that’s really nice for workouts.  The tank is subtle enough that it doesn’t look too fitness-y, meaning it has great potential as a casual piece, too, maybe tucked into a skirt or with skinnies and heels.  Not to mention, the $42 price tag is pretty friendly on the wallet, too.  There’s really no downsides with this top at all, and I’m definitely going to be getting lots of wear out of it this season. 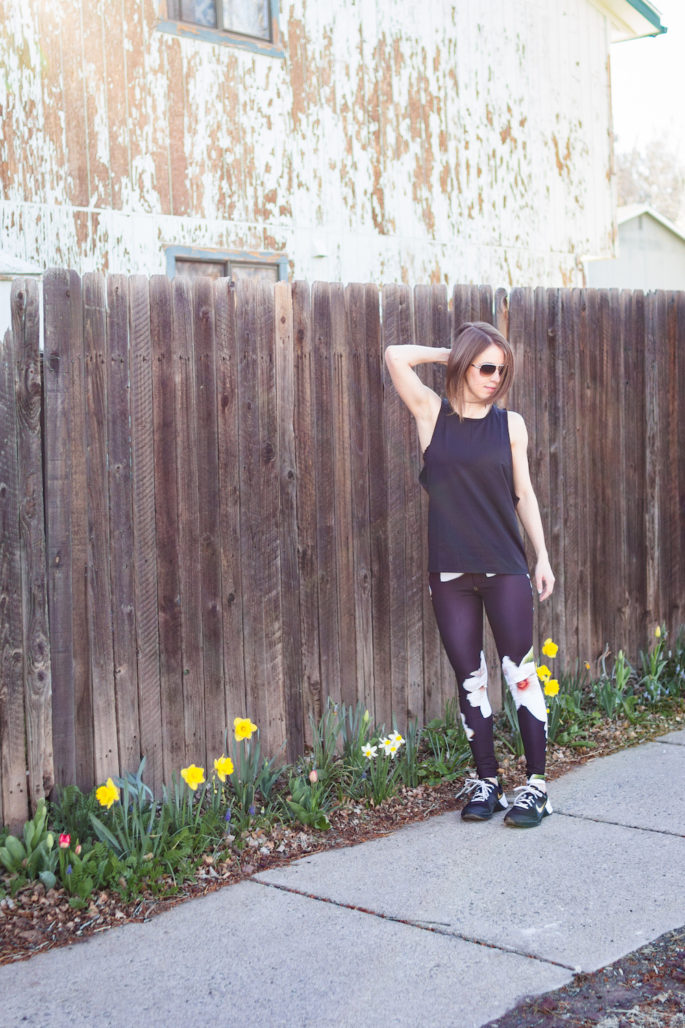 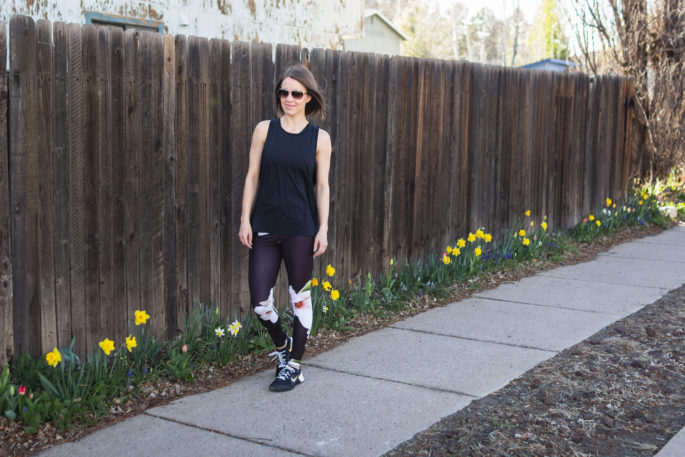