Lululemon’s run on bra is a riff on lululemon’s popular, past-season style, the run: stuff your bra (or RSYB for short).  Lately, lululemon can’t help themselves when it comes to redesigning old styles, so they took their proverbial hacksaw to the RSYB, and out came the run on bra.  The RSYB is my all-time favorite running bra, so I decided to see how the new run on bra compared.  Here’s how it measures up. 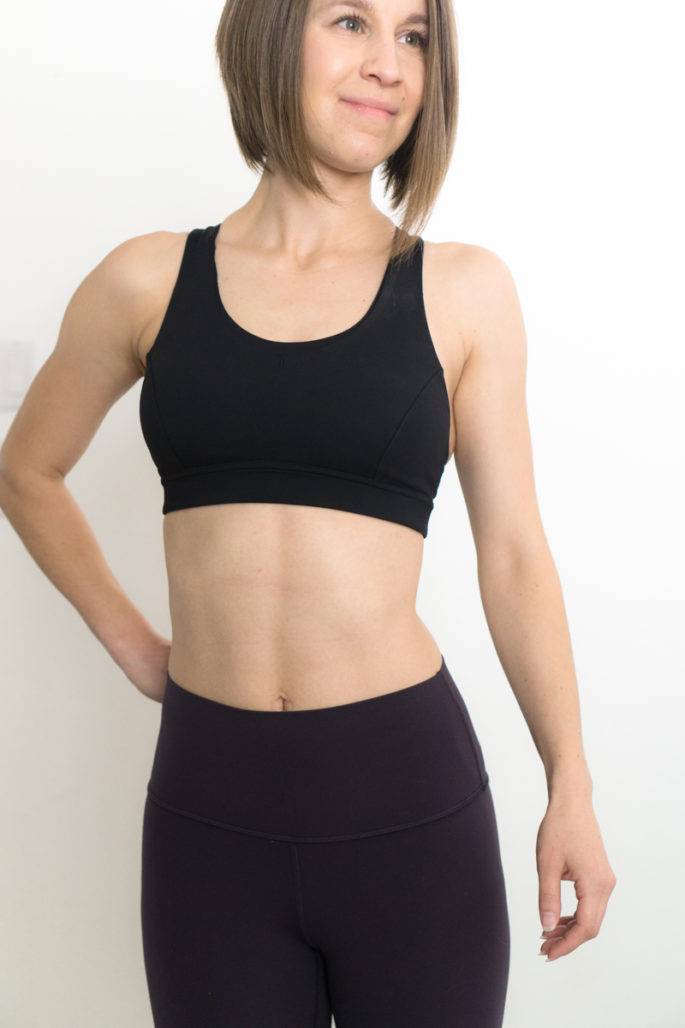 I typically wear a 30DD in regular bras and bought the run on bra in a size 2.  The run on bra runs just slightly larger than some of my other lululemon bras (including my old RSYBs), but isn’t a full size difference.  That said, I should clarify that it runs larger compared to my older bras, since most newer bra styles I’ve tried from lulu seem to all feel slightly larger.  To be more specific, the run on fits more snug than the free to be serene and pace perfect bras.

The run on bra is advertised as medium support, which I agree with.  It provides about as much support as my other running bras from lululemon.  I wore it for a short, 3-mile hill run and it was supportive enough for me. 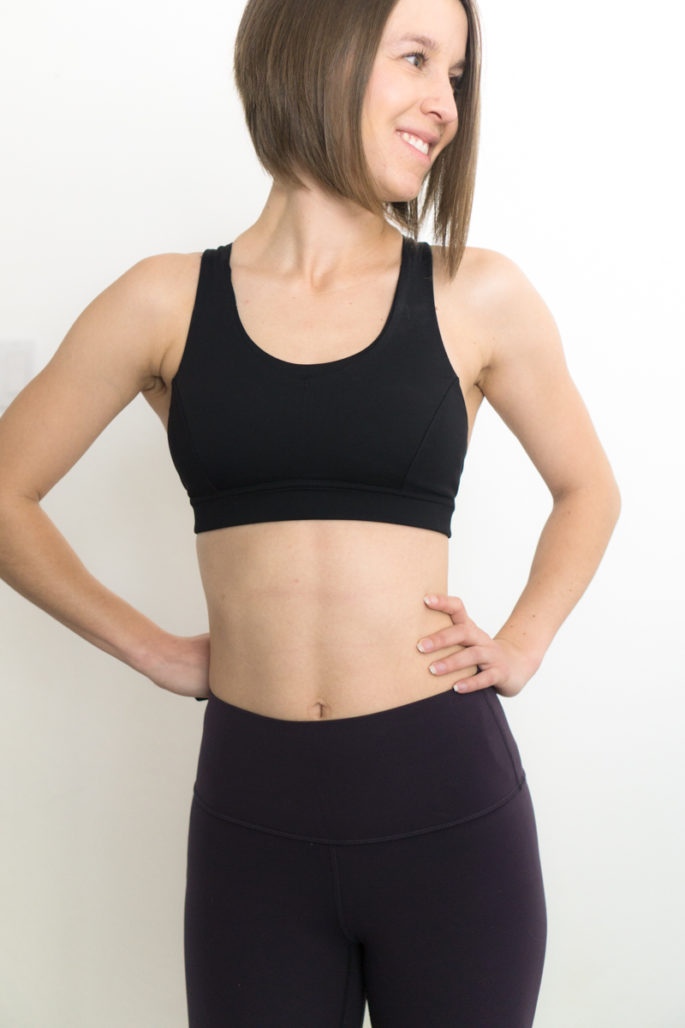 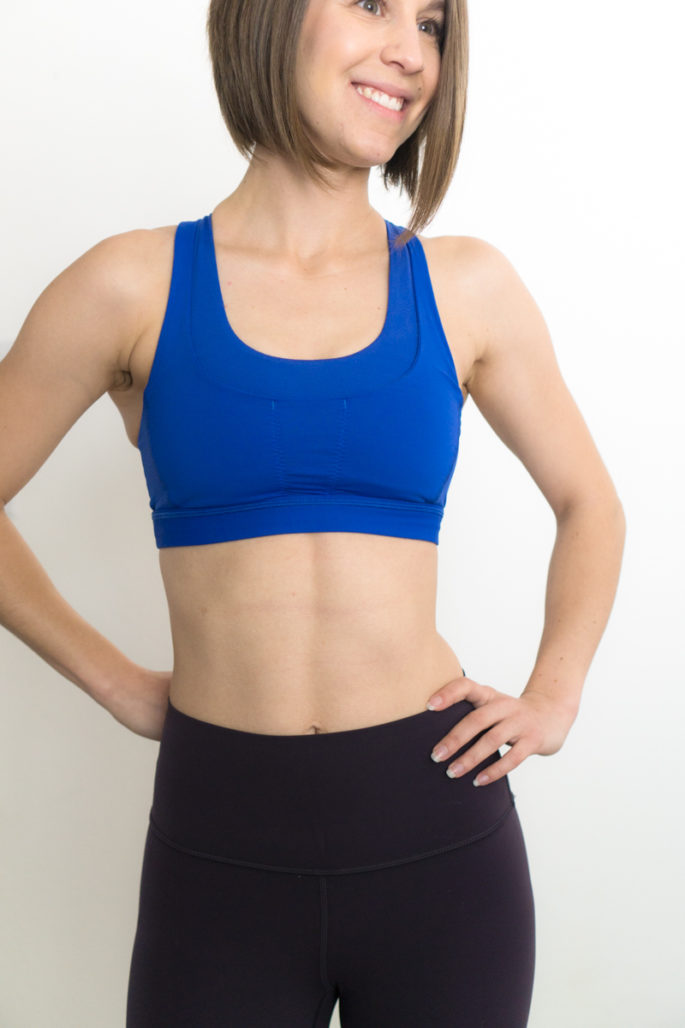 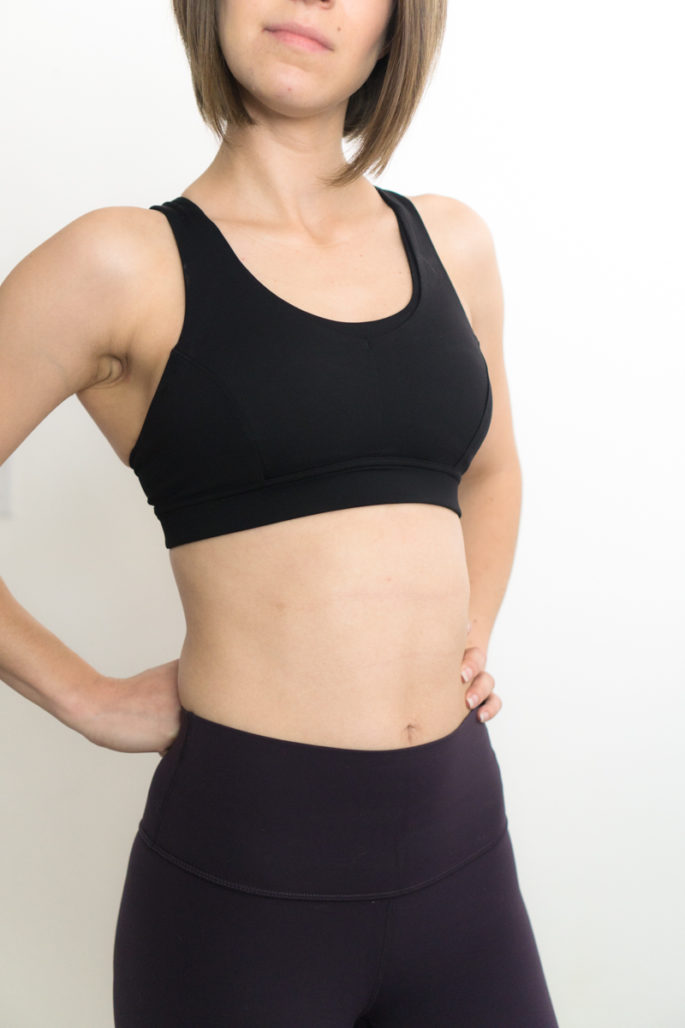 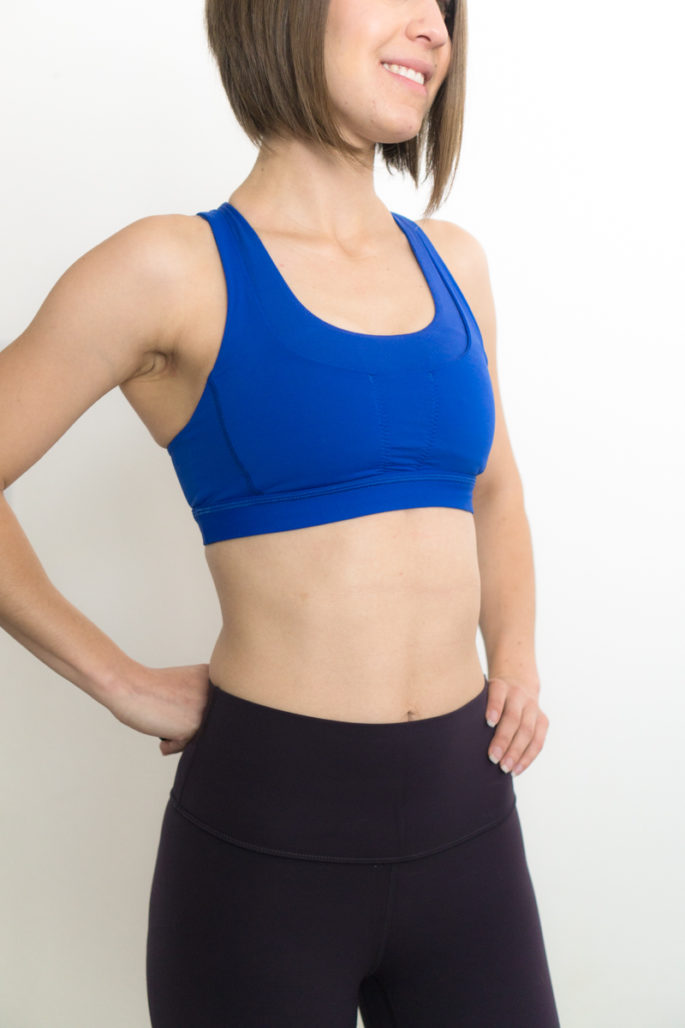 Beyond that, they swapped out the triple-pocket configuration of the RSYB with a more simple, two-pocket setup.  The pockets end at the princess seams, which means that if pocket size is important to you, the run on bra has less total pocket space than the RSYB, since the seams are set wider on the RSYB.  I realize the pockets are hard to see in my photos since the bra I bought is black, but you can see them very well on lululemon’s site.  How much you’ll be able to fit in the pockets will vary depending on the size you wear.

The pocket changes don’t really matter to me because I don’t actually use the pockets.  I find it uncomfortable to have things pushed up against my bust, especially large items like a phone.  I just happen to like the fit and look of the bras more than the pocket feature. 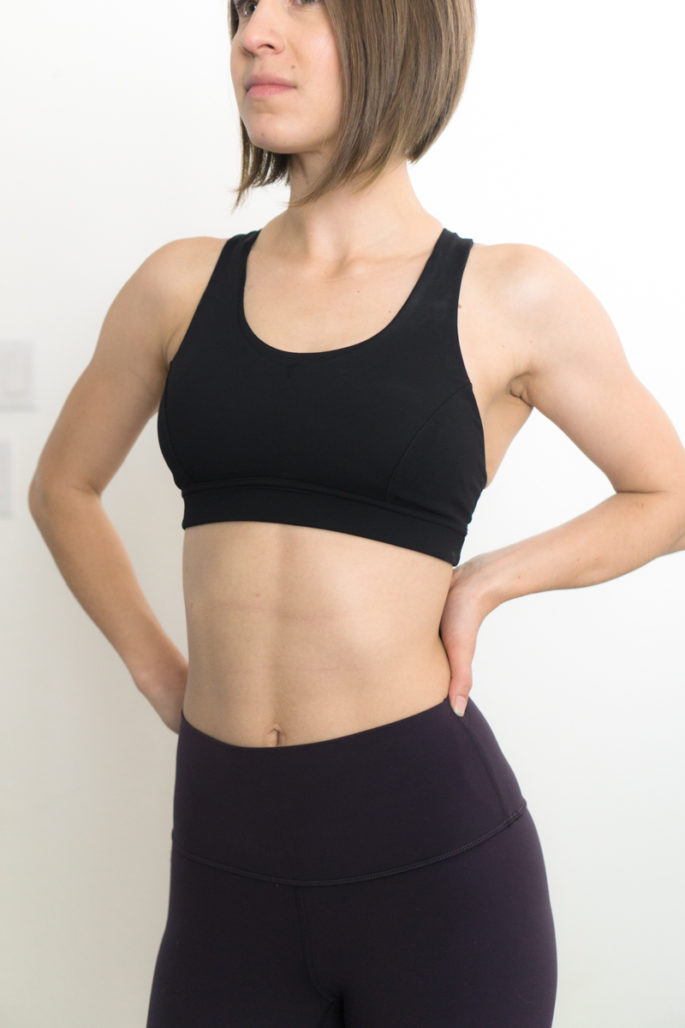 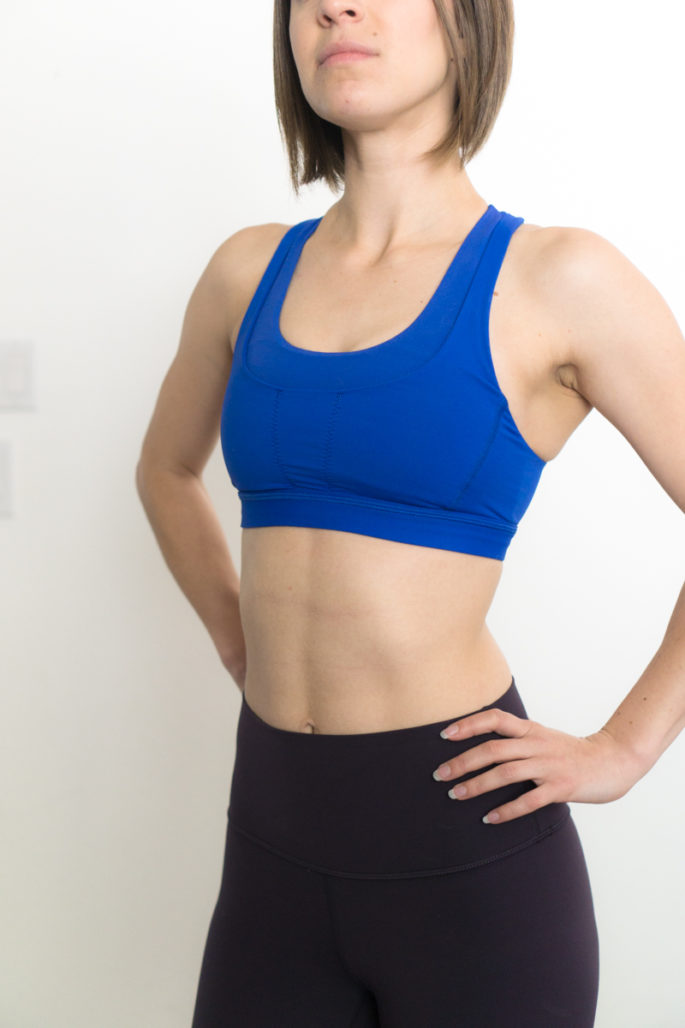 [/ezcol_1half_end]In the front, the RSYB has a slightly lower scoop neckline.  The run on has slightly more full coverage but still doesn’t look or feel stuffy.  From that perspective, the neckline change isn’t a bad thing.

The run on bra has the same princess seams as several of lulu’s recent sports bras like the free to be serene.  Although I realize it’s supposed to be feminine, I hate that these seams have been showing up on almost every lulu sports bra.  They always hit at exactly the wrong spot, and I don’t want puckering seams showing through my shirt.  The seams also seem a little strange for this bra in particular, since it cuts back significantly on pocket space.

Fortunately, the seams on this bra sit relatively flush.  Although I’d rather they not be there, I can deal with it. 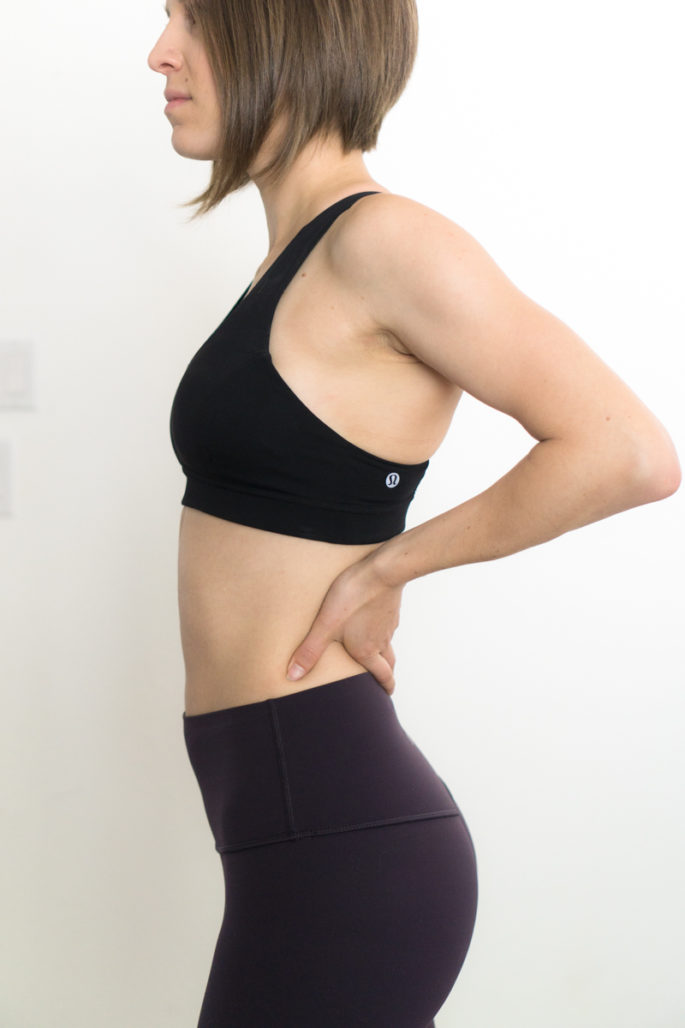 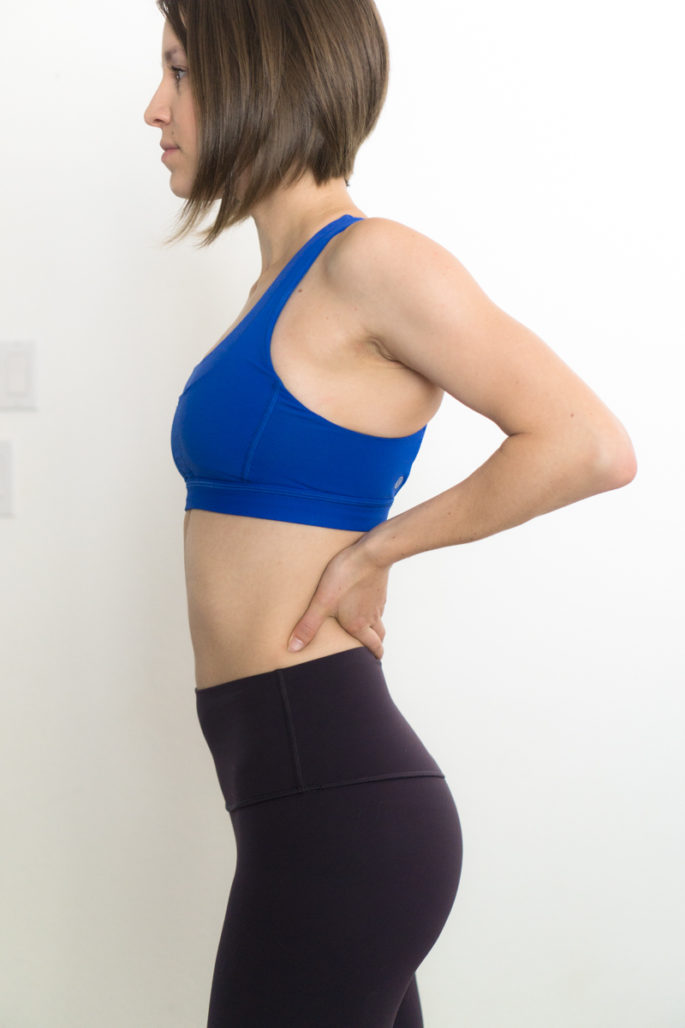 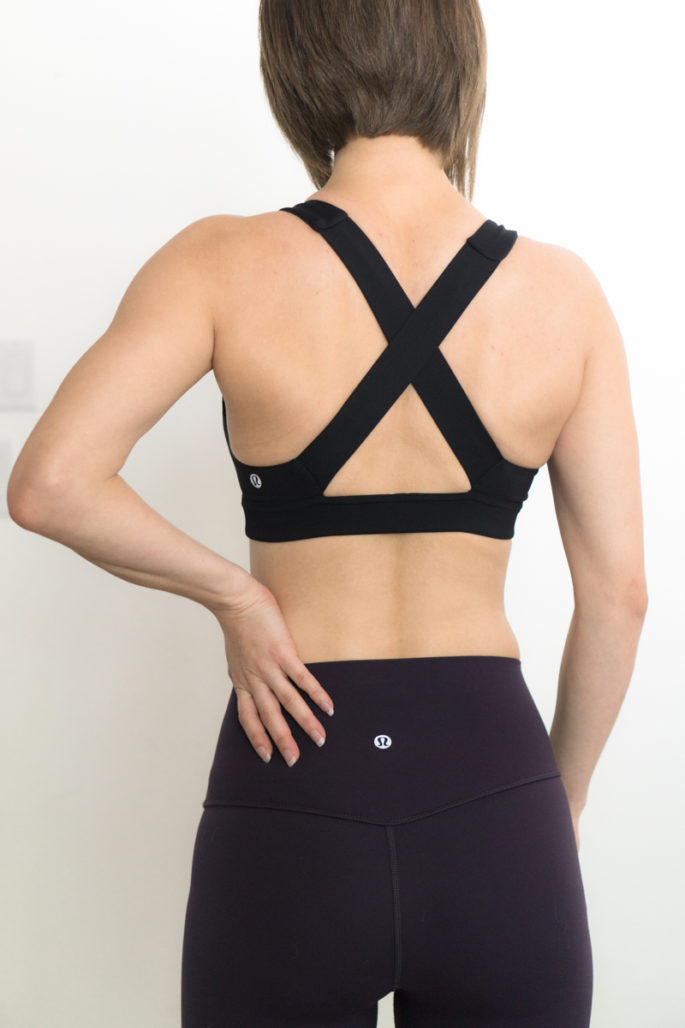 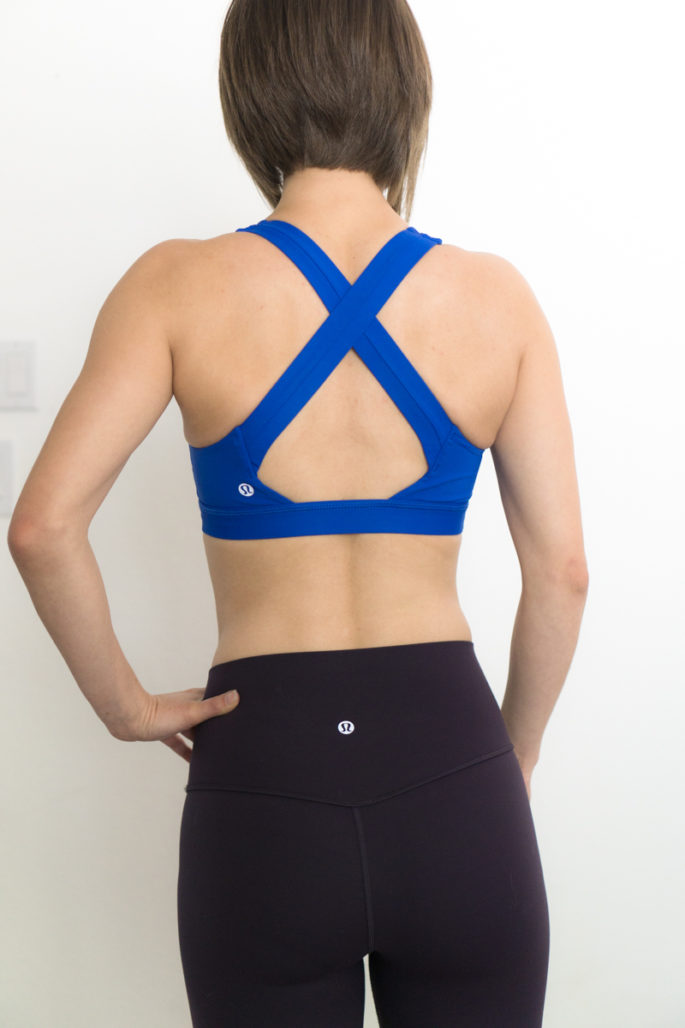 [/ezcol_1half_end]The sides of the run on bra are cut lower than the RSYB.  Although they both have similar coverage at the front of the underarm, the run on bra has a steeper angle that creates a larger arm opening.  This also results in a slimmer back, which creates differences how the straps cross over and connect with the band.  For whatever reason, the straps feel a little more secure on the RSYB, but I’m not sure if this is due to the seam placement, elasticity, or something else.

The straps and band width are identical between the two bras, though the seam placement on the shoulder straps are slightly different.

In my opinion, between the two of them, the RSYB is still the superior sports bra overall.  It fits me slightly better and, to me, is a more attractive design.  If both were available, I would go for the RSYB every time.

That said, I did decide to keep the run on bra.  It’s still a functional, attractive sports bra, and my options for running-friendly bras in my size are pretty slim, so I’ll take what I can get!

If this sounds like you want to give it a shot, the run on bra is currently available online in 4 colors.