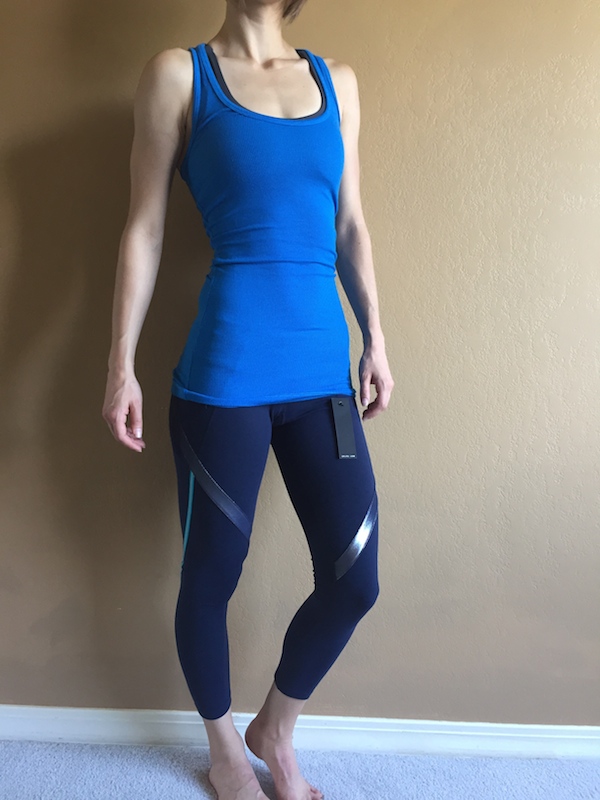 Last week, Hautelook hosted a flash sale with a bunch of Splits59 goods from previous seasons.  The prices were fantastic, so I scooped up one old favorite, the nova trailblazers, and one new staple to try, the ashby tank.  Here are my thoughts on each: 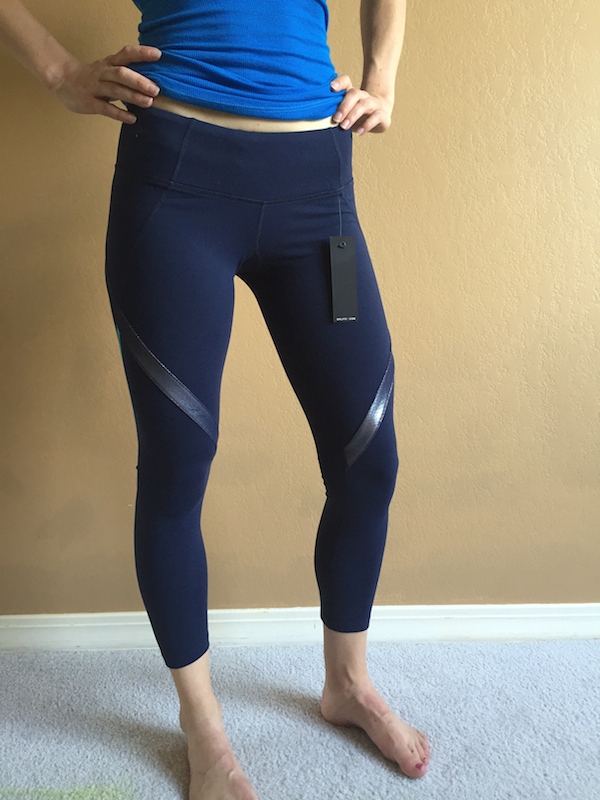 I have 2 pairs of nova trailblazers already, so I wanted to add this classic color to my stash.  Splits59 recently redesigned the novas, and in my opinion this previous version is way, way better than the current iteration (my complete thoughts on the nova ii are here), so I was glad to have the chance to pick up a versatile shade in one of my favorite crops.  And for a killer price to boot. :) 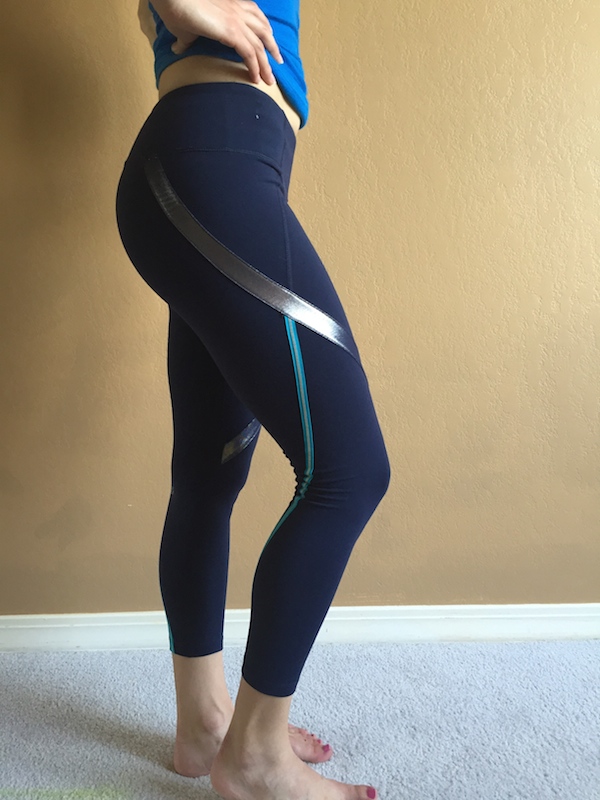 Much like my pair in hype, which was released at the same time as this color, these run a bit small.  The XS is similar to a lululemon size 2 and may also fit a small 4.  The supplex fabric is on the warmer side, so I won’t be able to wear these until the weather cools down at least a little. 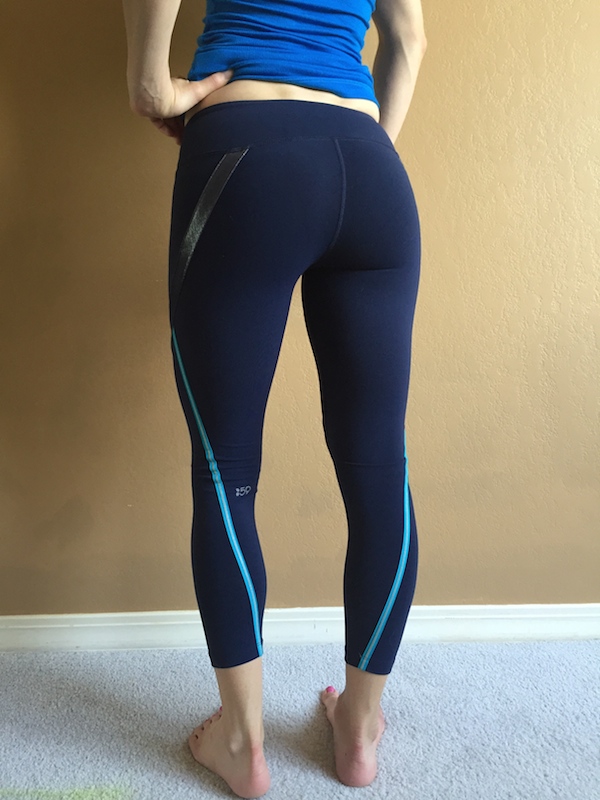 The coverage was decent, but not perfect.  Bright-colored undies do show through in a squat test, so dark or nude pairs will be necessary.  The fabric has a bit of a sheen to it, though, which makes show-through harder to see.  Booty-flattering, though?  Check. 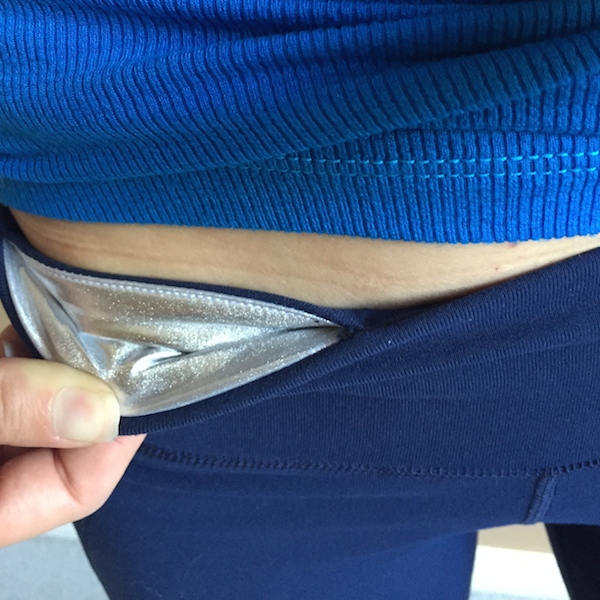 I love the silver lining in the waistband pocket, like my trailblazers in hype. 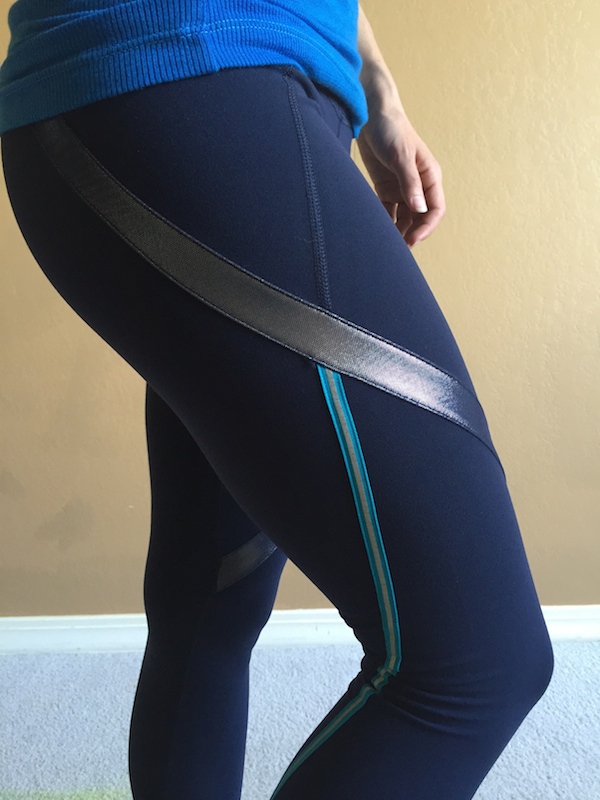 The real selling point of these capris for me has always been these details and beautiful lines.  They are so flattering and unique, and they flow in a really lovely way that the nova ii’s just don’t.  Unfortunately, the reflective line down the back of my hype capris has started to crack and peel, so I’m hoping these escape that fate. 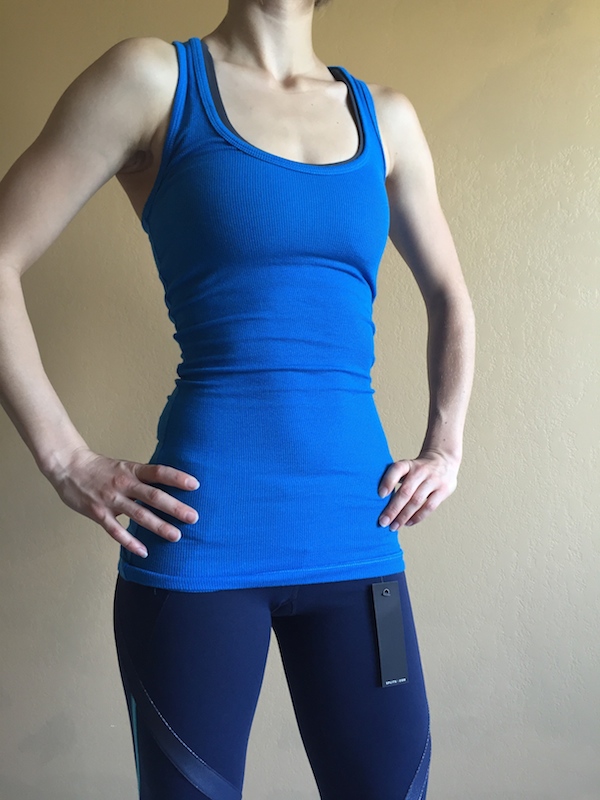 The ashby tank is S59’s basic tank style that they’re always rolling out in new colors.  Despite the fact that I’ve been buying Splits for years, I’d yet to try the ashby!  Since it was half off, and I wouldn’t mind more blue anyway, I decided to give one a go.  I snagged cosmic blue, which is a beautiful shade of medium blue.

The fabric is a blend of tencel and spandex, but unlike the tencel you might’ve encountered at lululemon, this tank is ribbed, which makes the fabric ultra-soft to the touch.  It basically feels like pajamas.  The look of the ribbed fabric makes it look a bit less like a gym tank, which means you could easily get away with layering it for casual/work outfits.  One downside of the fabric, though, is that it clings a lot.  It doesn’t conceal or smooth anything.

I was a bit nervous the XS would be a bit large on my, but pit-to-pit, my XS ashby tank measured only 11.25″.  So, it might look small, but the fabric stretches a TON.  It has a lot more give than luon or most other tank fabrics you’re probably used to.  This size should be suitable for either a lulu 2 or a lulu 4. 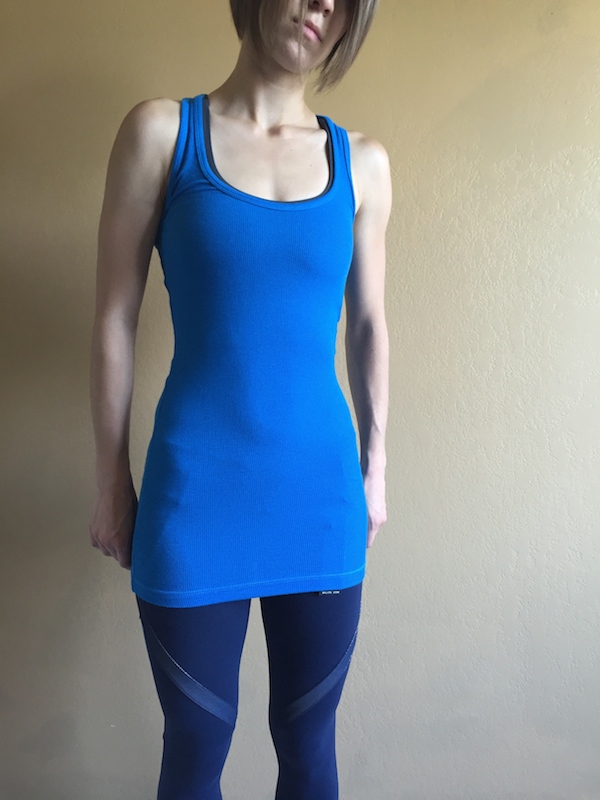 If I smooth out all the bunches, you can see that it’s suuuuper long.  I think it looks fine when I have it sit at my hip and bunch naturally, so the length doesn’t bother me too much.  It also feels like it’ll stay in place pretty well and not ride up, though I haven’t worn it out to a workout yet. 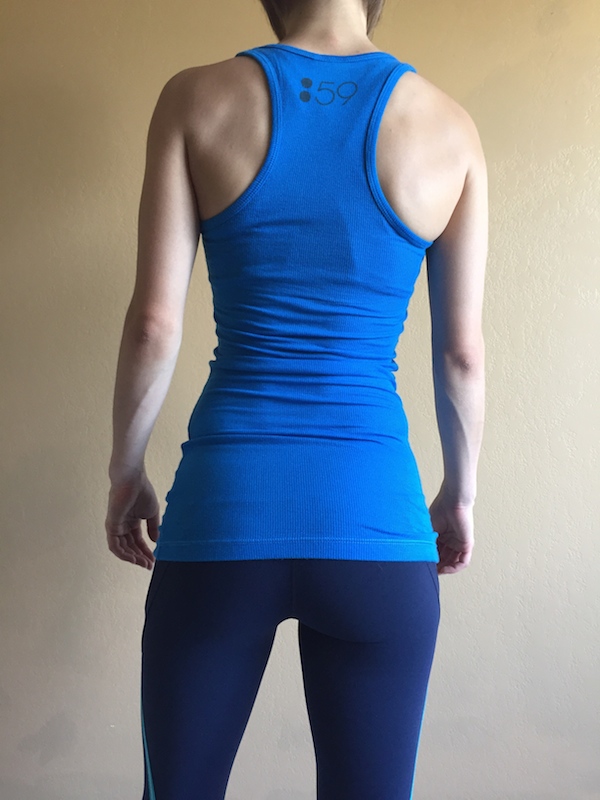 The neckline is low and wide, a lot like a lulu cool racerback.  It showed just the edge of my energy bra underneath.  I like this kind of silhouette.  The back racer is wider than a CRB, which completely covered my energy bra straps.  The back is also where the other negative of this tank comes up: the logo is HUUUGE.  I’d definitely rather it be a little more subtle. 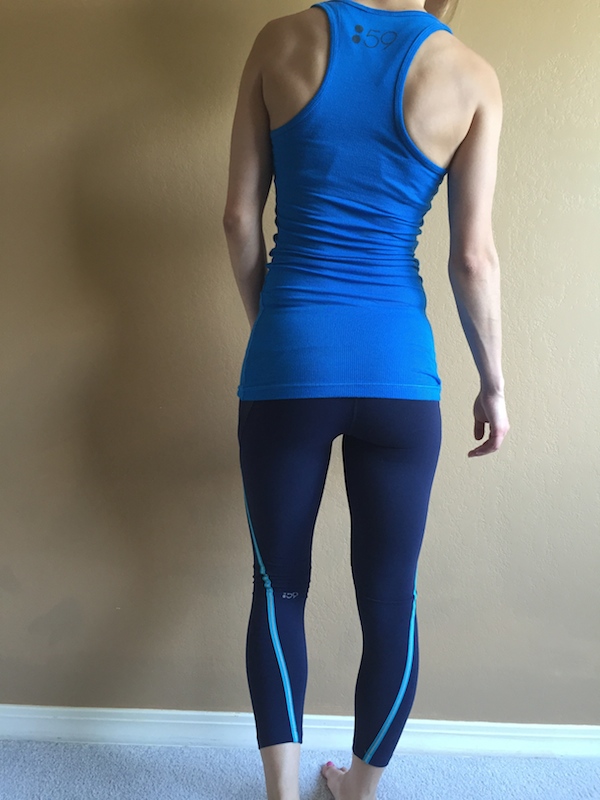 Overall, for half price, and in a gorgeous color, this was still a solid purchase.  It has a couple of small downsides that might make it tough for me to justify paying full price, but as I wear it, my feelings might be swayed.  I’ll be interested to see whether it pills and how well the fabric manages summer sweat.

As I mentioned above, the original nova trailblazers have sadly been discontinued in favor of the nova ii, though there the original trailblazers in black are still available on S59’s website at full price.  There are a couple pairs in other colors left on today’s flash sale on Gilt, and pairs pop up pretty regularly on eBay as well.  Last time Hautelook had a flash sale for Splits, the extra stock ended up on Nordstrom Rack (Hautelook is owned by Nords), but as of this writing, they haven’t shown up yet and I’m not sure whether or not they will.

As for the ashby, there are quite a few current colors available on Splits59’s website.