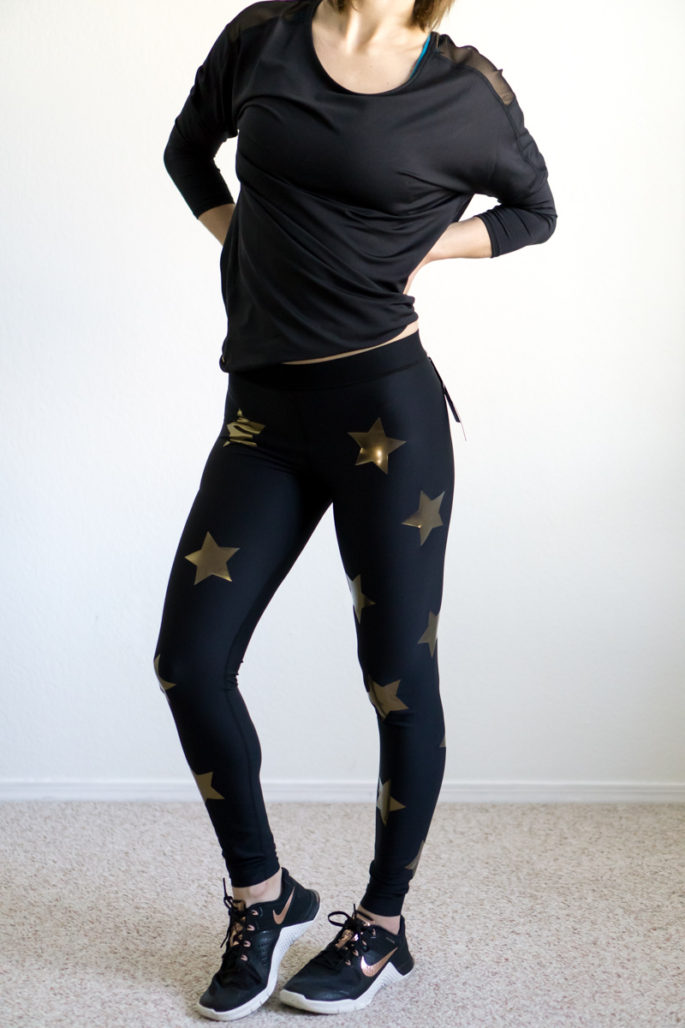 Today I’m talking about a brand that’s been on my “need to try” for a long time: Ultracor.

Ultracor offers technical-oriented, geometrically-inspired gear with a focus on leggings, though they do offer a couple of other styles to complement their tights.

I decided to order their knockout leggings, which are one part fashionably fabulous and one part throwback to the Sneetches. ;)

NOTE: since this post was written, I have bought and tested a newer pair of Ultracor that has a few differences.  I recommend reading the newer review for a more up-to-date take on Ultracor’s leggings. 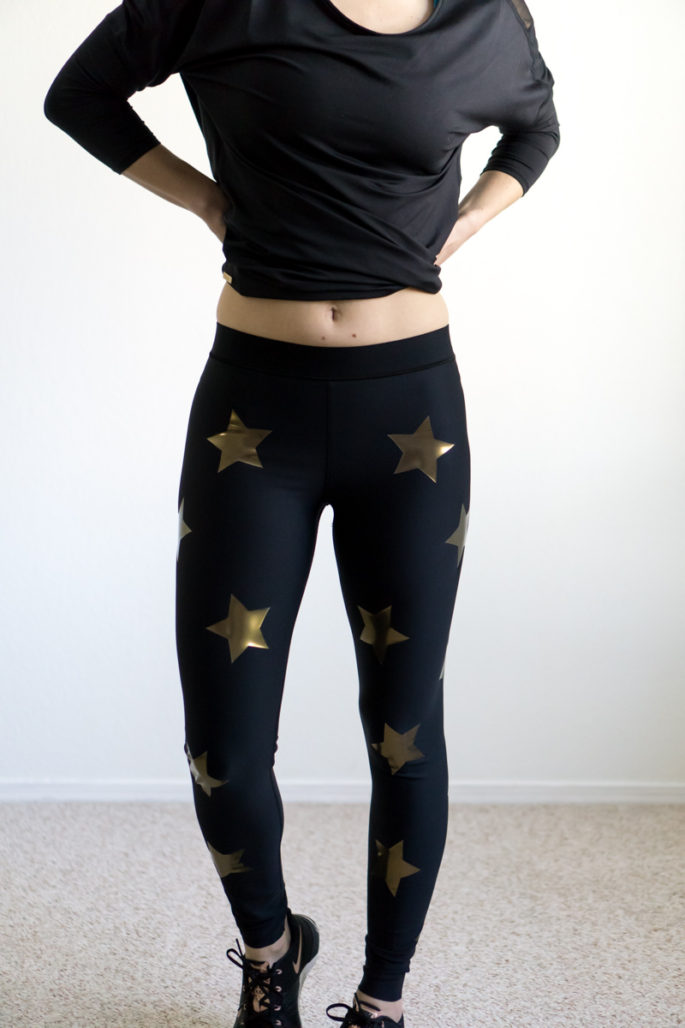 The star accents are made of a rubbery, shiny material that’s adhered to the leggings, not sewn.  The areas with stars have slightly less stretch because of the additional fabric, but it’s not too noticeable when worn.  You can see some minor puckering around the stars at the knee in the above photo.  They’re adhered securely and don’t look like they would peel off, though with a seam-free option like this it’s always a possibility.  In order to preserve the star accents, I would turn these inside-out before washing on delicate.

The waistband is not your typical leggings waistband, but is actually a somewhat thin band of exposed elastic.  The rise is high enough and the elastic is soft enough that I didn’t think the band cut in. 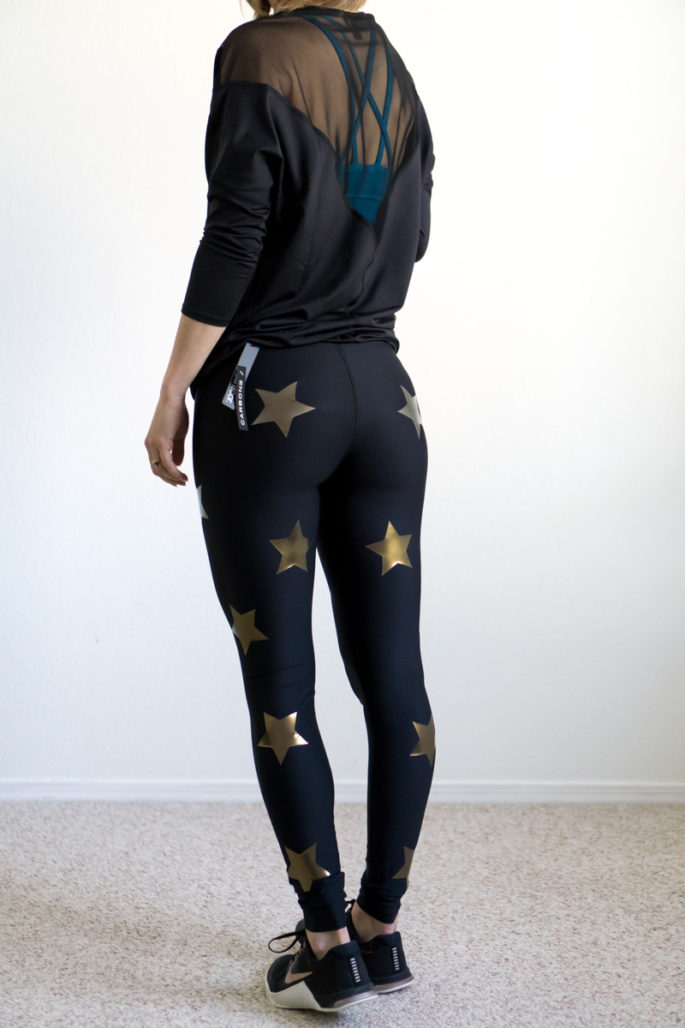 Another unusual element is the built-in underwear.  The liner is black and provides about half coverage.  Because of the liner, you could go commando in these, but if you don’t, I definitely recommend low-coverage underthings so you don’t add too much bulk.  Note: there is no gusset, just a “+” seam, though I didn’t notice the lack of gusset at all.

Another unique element is that these have a raw hem, though the material doesn’t show signs of potential fraying.  The raw hem makes me wonder if you could self-hem and simply cut off the excess without the need for a tailor.  I’m too chicken to ever try, though.  Plus, these leggings aren’t as long as many of my other pairs.  As you can see in the photos, there’s only a small amount of ankle bunching at the bottom. 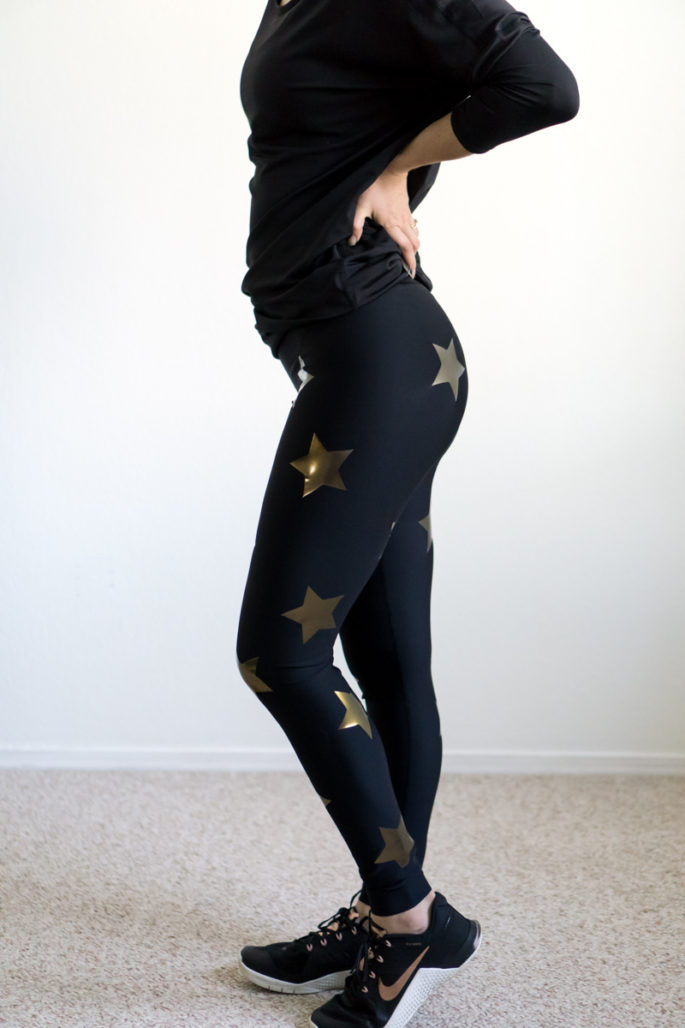 In terms of fit, I purchased these in XS (I’m normally either XXS or XS).  They have that fit-like-a-glove feel with medium compression.  The fabric is silky, tightly knit, and feels great on the skin, but still feels technical enough for intense workouts.  It’s also fully opaque.  Overall, I really love the fabric–it’s my favorite element of these leggings. 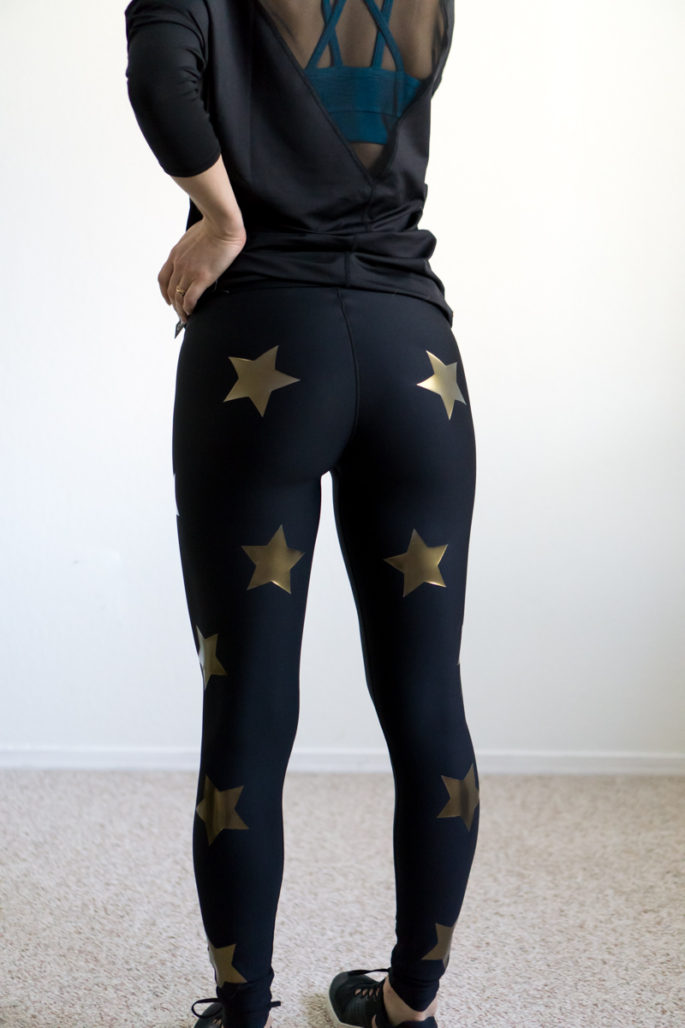 That said, I didn’t feel like the cut was generous enough in the hip/butt area.  Typically, I like the back rise to feel a touch higher than the front rise, but these felt like the back might’ve actually been slightly lower, which felt a tad imbalanced to me.  I also felt like the built-in underwear rode up a bit on me, as if the middle seam was not generous enough for my junk in the trunk.  Granted, these were all very, very subtle observations and I’m nitpicking a bit.  But, the fit through the bum felt just slightly less spot-on compared to my other leggings. 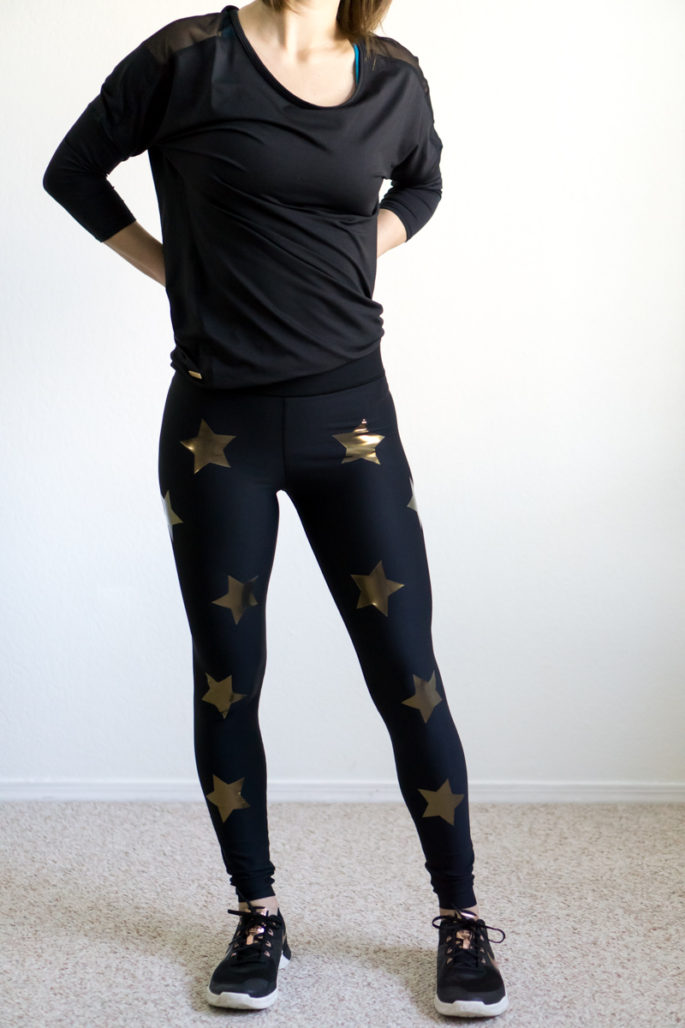 Overall, I would rate these as pretty great leggings.  That said, considering the $185 price tag, I wanted perfect leggings.  Ultimately, the fit through the hips were what had me hesitant, so back they go.  I still plan to give Ultracor another try in the future.  Next time, I might have better luck with their ultra-high version.

If the price tag doesn’t completely horrify you, I do think they’re high quality leggings and definitely worth a shot if their designs interest you.  Given my experience, I think they will work best for women with average or slim hips.

Where to find the knockout leggings

I purchased my knockout leggings in black and gold from Carbon38.  They also come in black with black stars, navy with navy stars, and grey with gold stars.

Bandier also stocks an ultra-high version of these leggings in two colors.