Hey there, internet!!  I hope you had a great holiday weekend.  Mine was pretty action-packed–I feel like I need a weekend to recover from my weekend… No rest for the weary over here!

A couple weeks ago, I bought not one but two pairs of Vimmia’s vigor capris.  Here’s what went down: I ordered a pair in ebony first.  Tried them on, and they seemed good except that the width of the leg opening seemed a little different on the two legs.  Sure enough, I held them up to one another and they were definitely not the same!  So, needless to say I returned that pair.  But, around that time, the navy version popped up for 30% off.  Since the navy pair came with significant savings, I decided to order that color instead of getting a replacement in black. 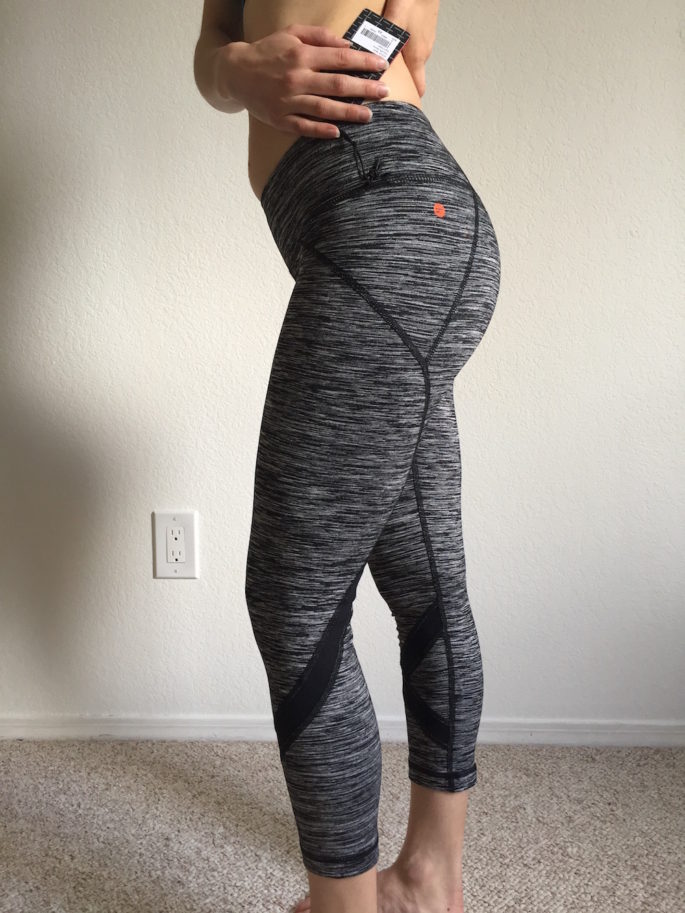 Aside from the leg opening snafu, my initial impressions of the vigor capris in ebony were very positive.  The fabric feels excellent.  It’s very soft and smooth.  It’s not quite as cottony as fabrics like luon or supplex, but also not quite as slick as luxtreme or other similar fabrics.  I’d classify it as a medium weight.  They’re completely opaque in a squat. 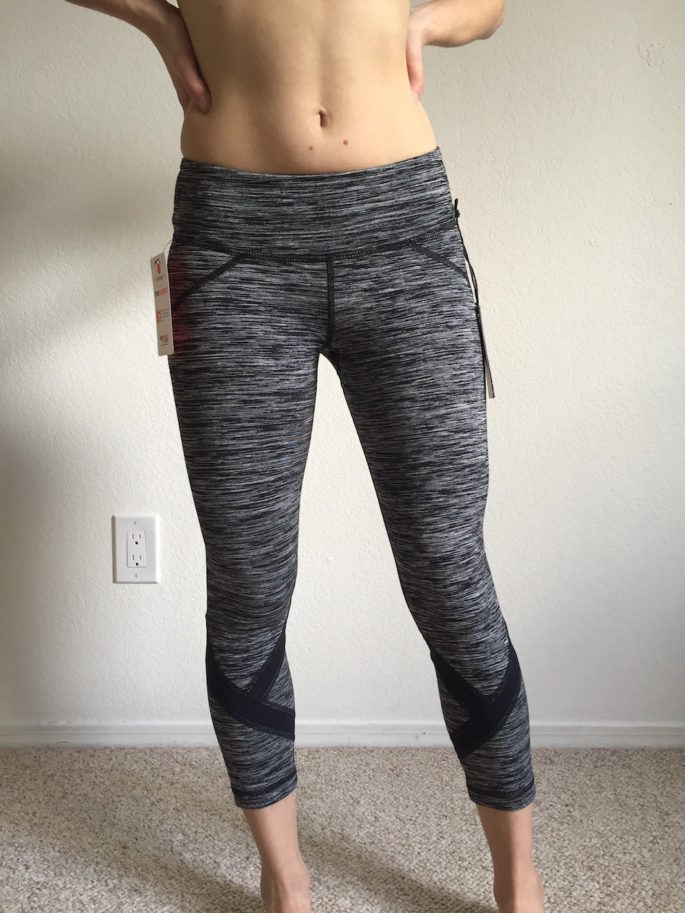 As for fit, these are a low rise, which is becoming increasingly rare as the activewear world creeps closer to higher and higher rises.  They still have good coverage in the back.  They’re a longer pair of crops, reaching the low calf on me.

I’m typically an XXS or XS, and the vigor capris in XS fit me perfectly.  They do feel stretchy enough that if you’re a true XS, they should still fit you.  If in between sizes, I suggest going up.  Because of the lower waistband, you’ll want to watch out for potential muffin top.  The fit provides light to medium compression. 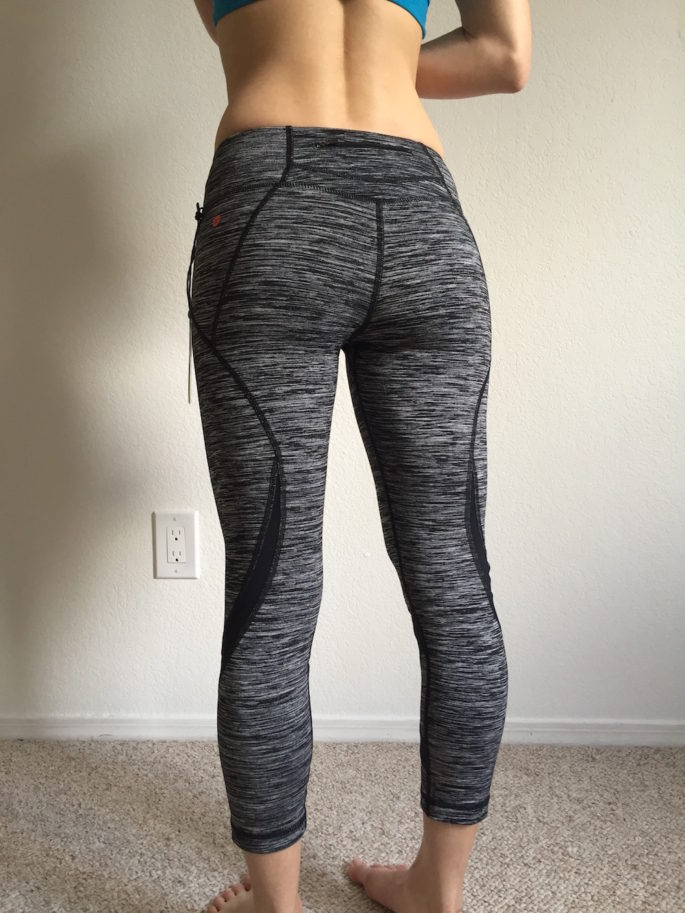 I really like all the seaming details on these.  It spices these up, but doesn’t hit any uncomfortable spots.  Overall, I think they’re a pretty sleek, sporty design.

But as I said above, because of the leg opening issue, this pair had to go back! 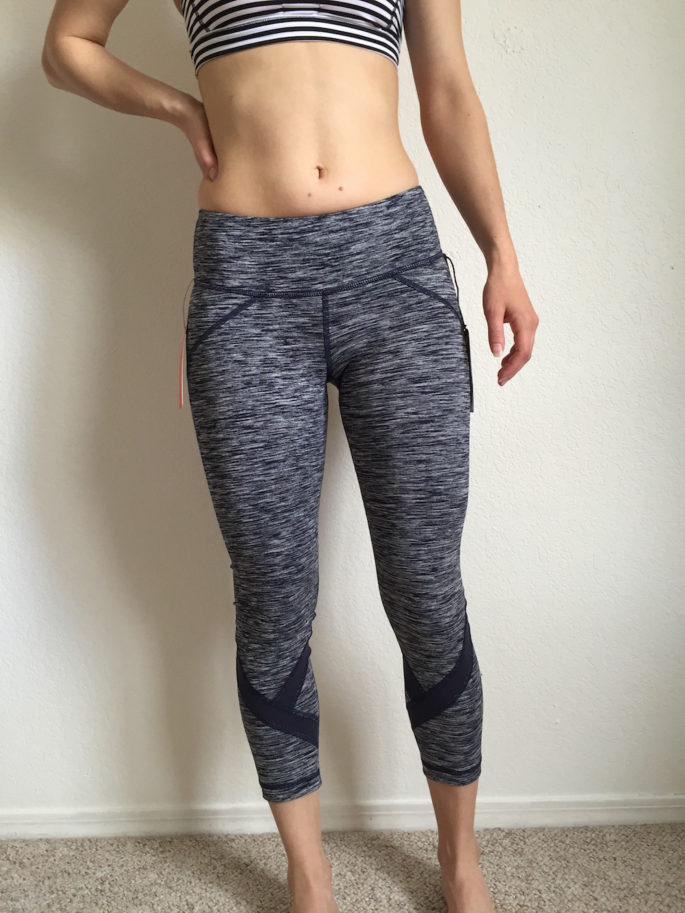 Fortunately, the navy pair had matching legs. :) It turned out that the correct leg opening was the smaller of the two legs, which is good since it meant the hem fit snug on my calves. 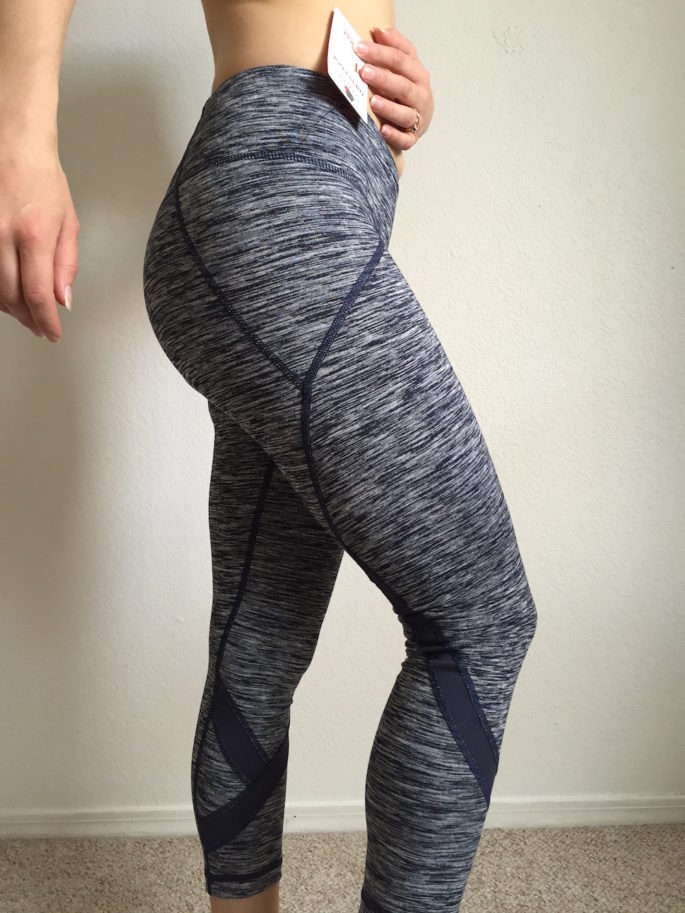 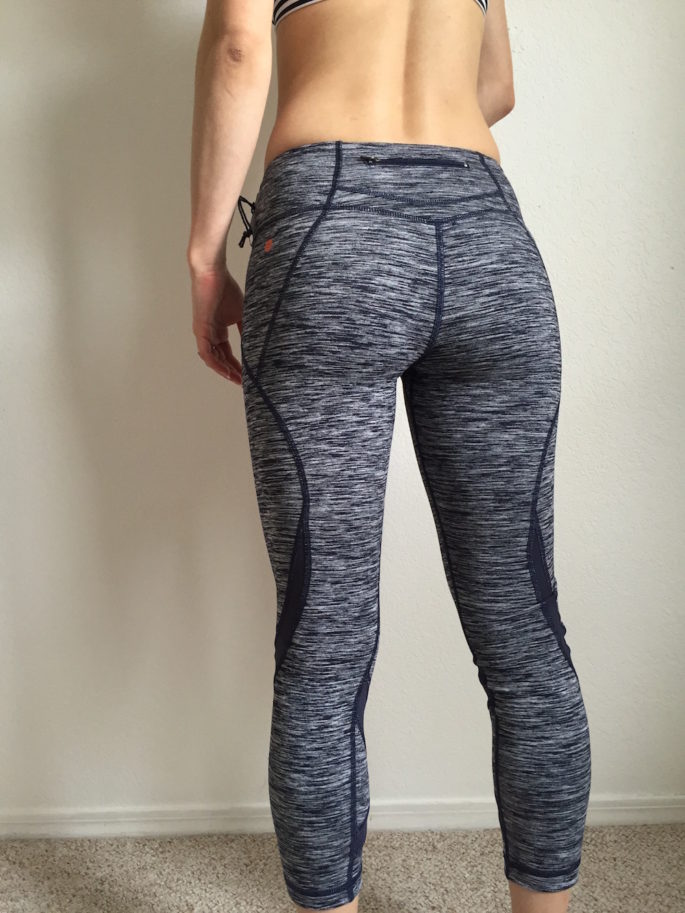 Overall, the fit and feel is the same between the two colors.

In the end, I decided to return the navy pair, too.  I liked the black pair just a little bit better.  I’m trying to be a little bit pickier about what I keep right now since my crop pile is pretty overwhelming.  Despite my returning them, I do think they’re overall a well-made pair of crops, especially if you are able to snag them for under $100 (retail is a rather steep $114).  If I found a black pair on a nice sale, I would consider buying them again.

If you’d like a pair of vigor capris for yourself, they’re 30% off right now at Backcountry.  But if they don’t have your size, you can also find them via Revolve, Bandier, Saks, and Vimmia’s main site.