Update from Australia: Following up from last night’s blue tropics WAFS post, a reader in Australia confirmed that the crops shown are indeed new blue tropics WAFS wunder under crops.  She also noted that she saw earl grey burlap textured wunder unders (no pictures of these yet, though!), which is a texture we haven’t seen yet.  Stay tuned!

As for what’s happening in North America… 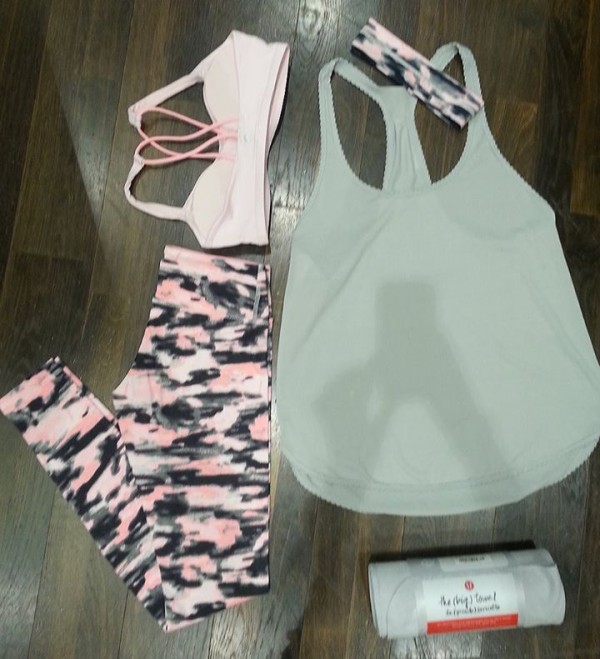 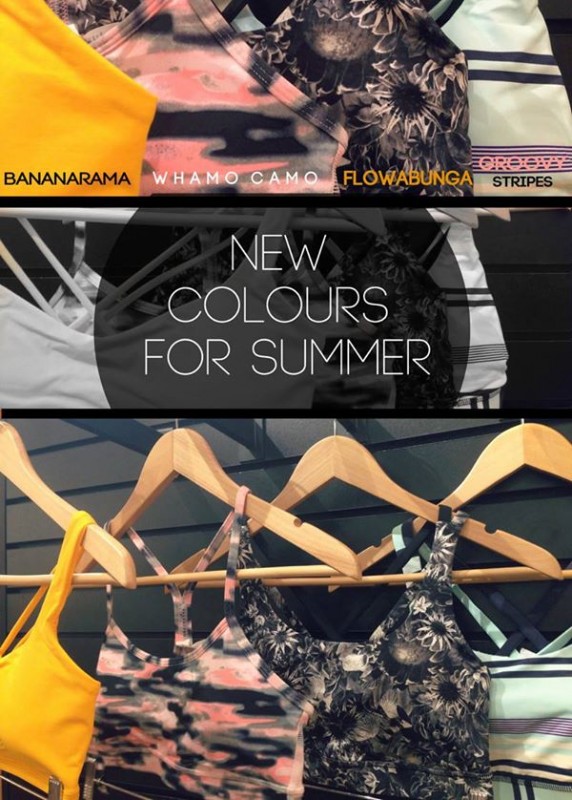 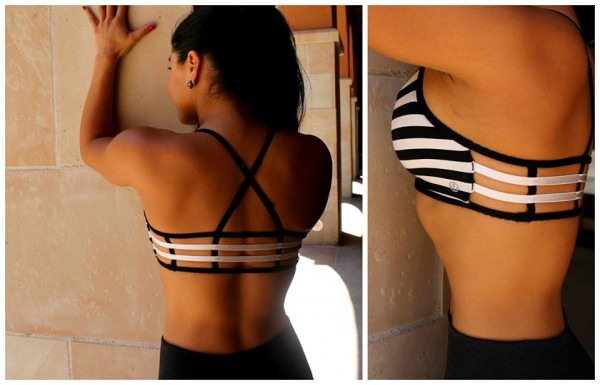 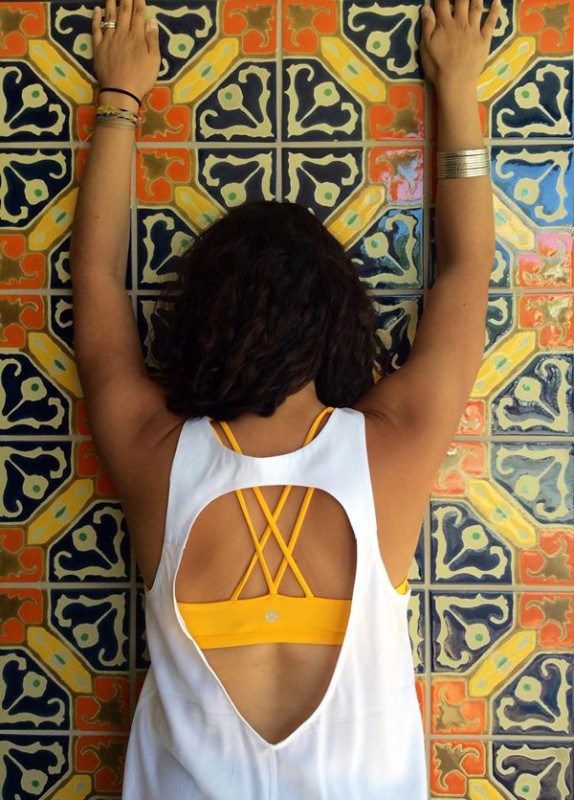 The bananarama free to be bra under the peace of mind tank.  By the way, what’s with these two pictures and the model’s hands/arms up against the wall?? [Lululemon Santa Monica Blvd] 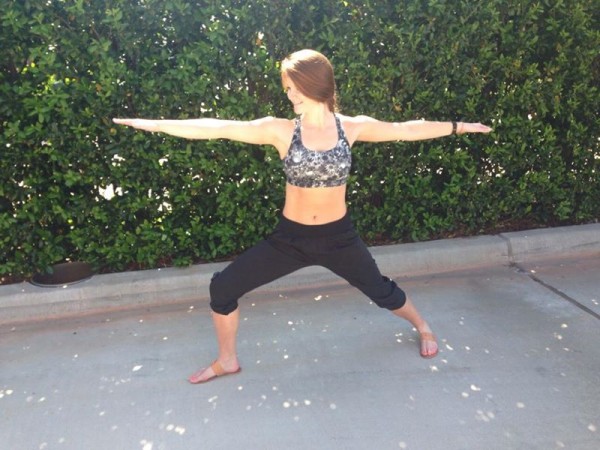 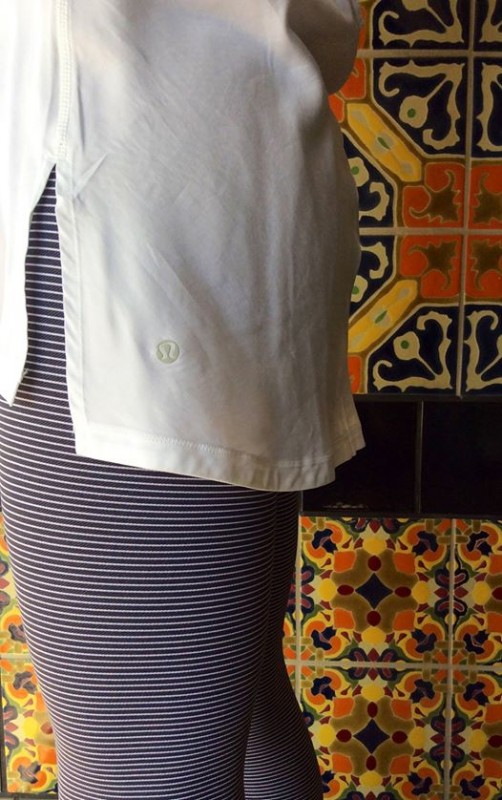 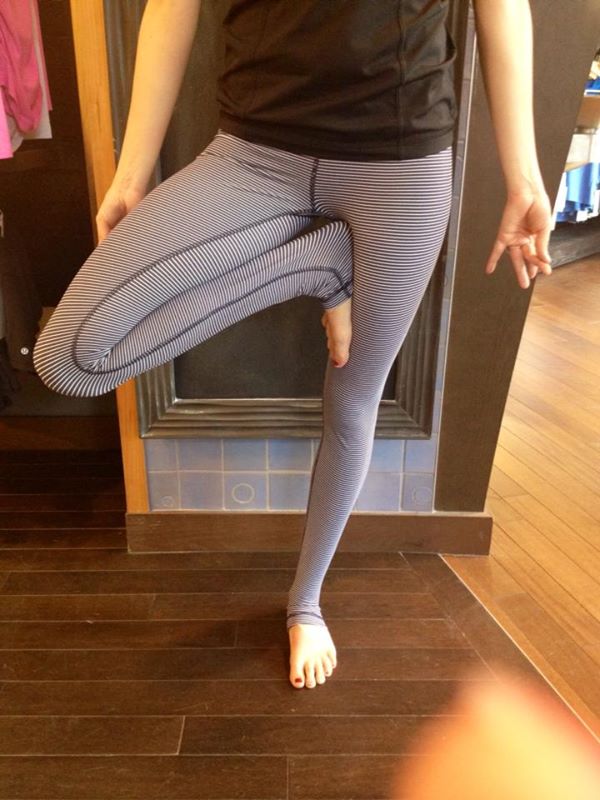 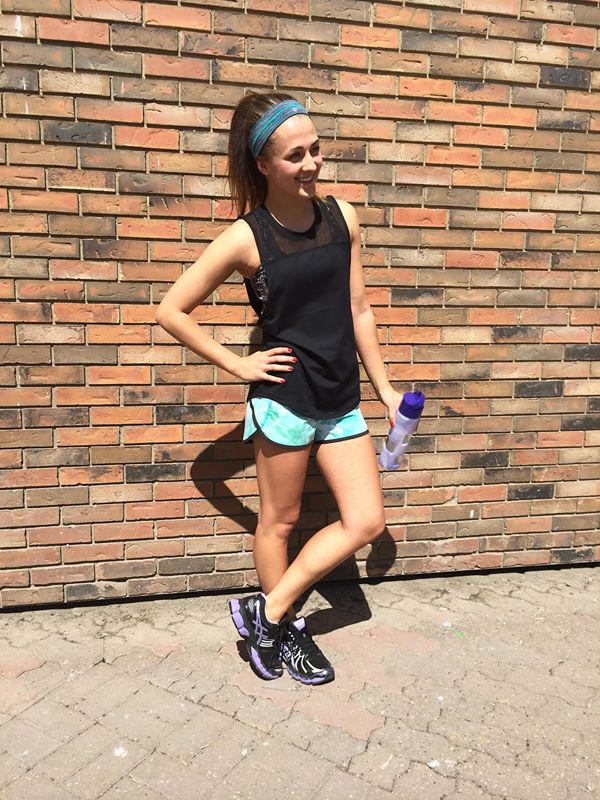 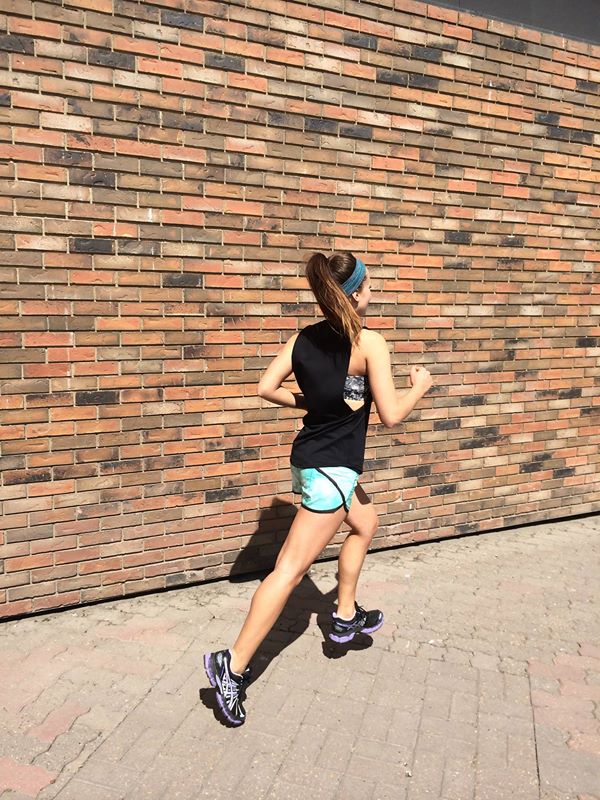 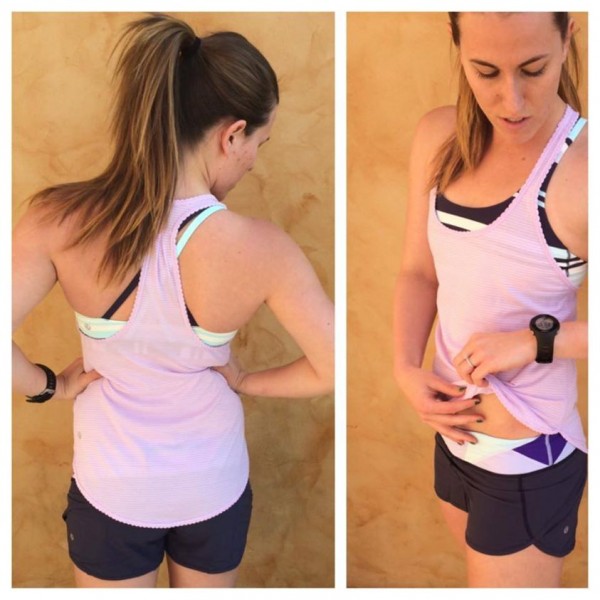 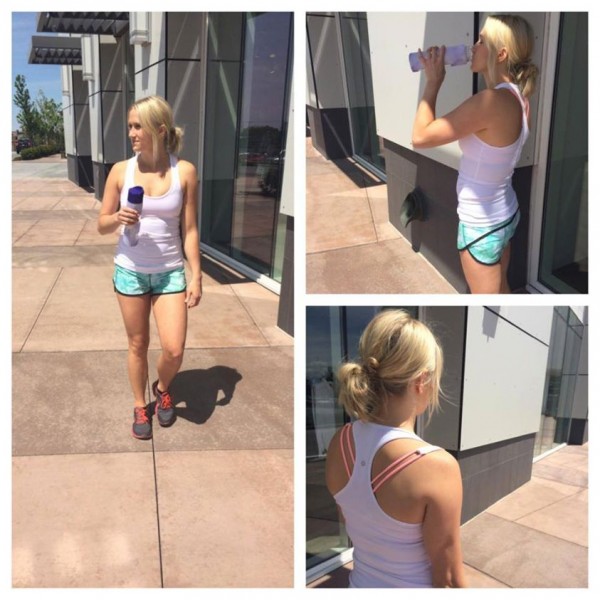 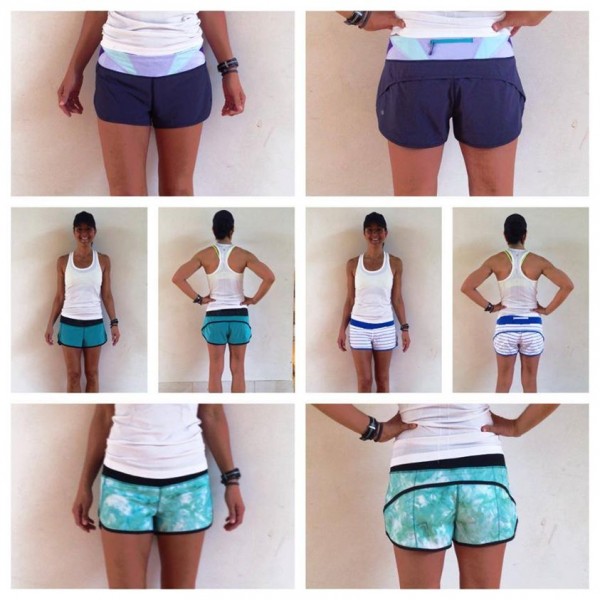 SO MANY SPEED SHORTS.  The fit looks pretty baggy on her in pretty much every picture.  I think how the shorts have been looking lately is largely a function of 1) which batch you got, since there is lots of variation, and 2) how much booty you have, since booty can help fill out some of the extra bulk/length in the shorts. [Lululemon Plaza Frontenac]