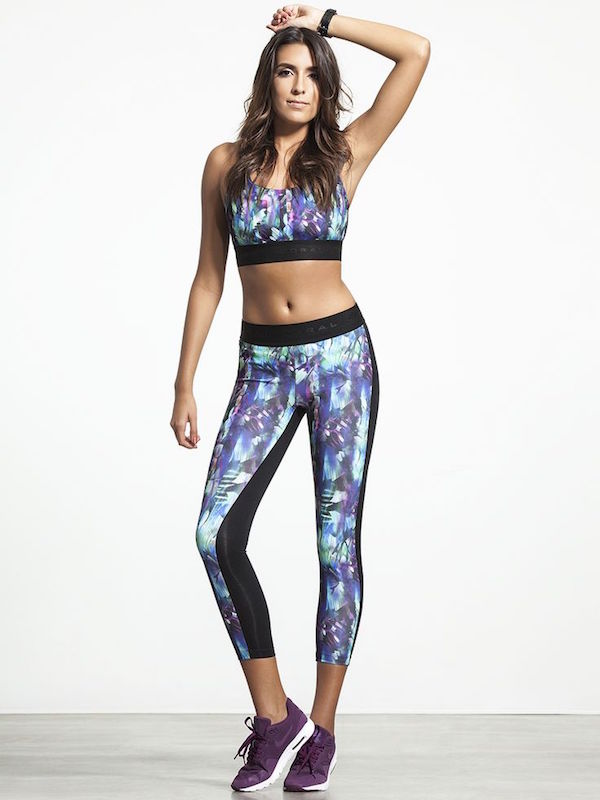 This new matching Koral set via Carbon38 is oddly appealing to me (orbit bra / compass crops).  I think I like it for the same reason I like my Athleta floral fade sonar capris. 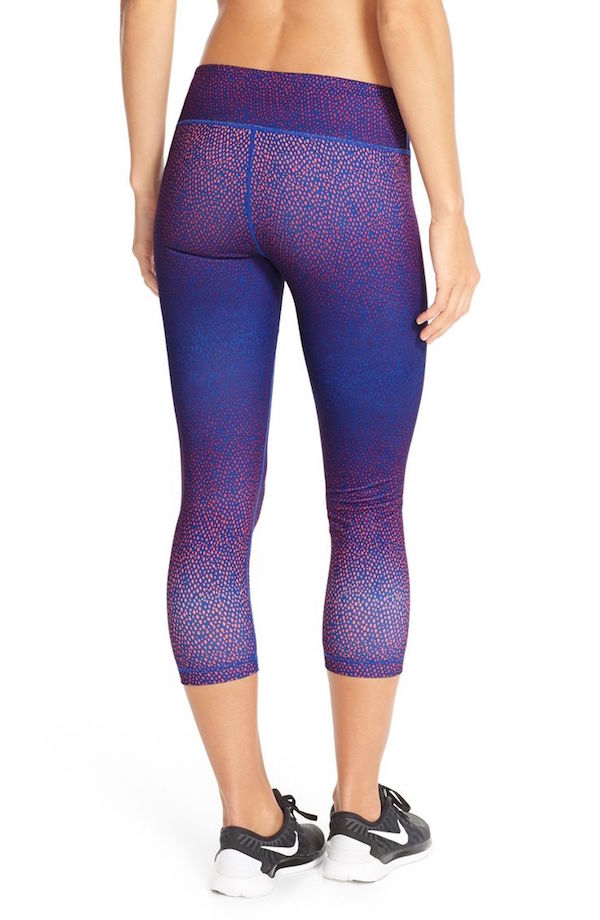 I got a Nordstrom catalog in the mail this week, and their photo shoots made pretty much everything look cool.  Here are some snazzy new crops by Zella, Nords’ in-house fitness line. 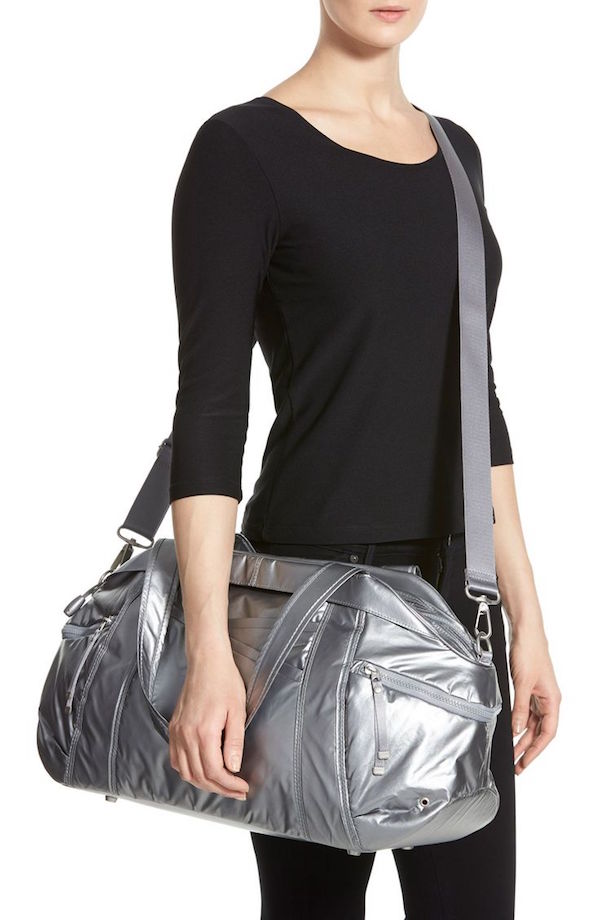 If you’re in need of a new gym bag, this metallic duffel by Nike (via Nordstrom) makes quite a statement, and is only $100. 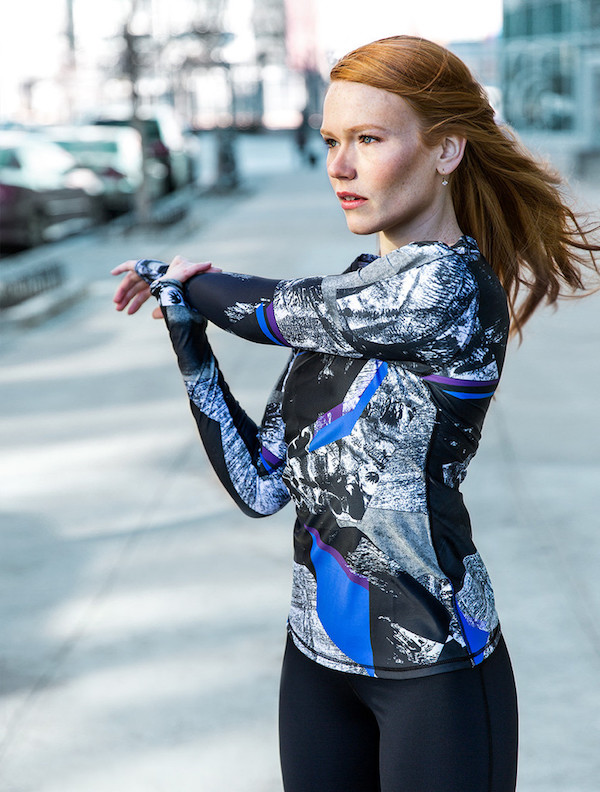 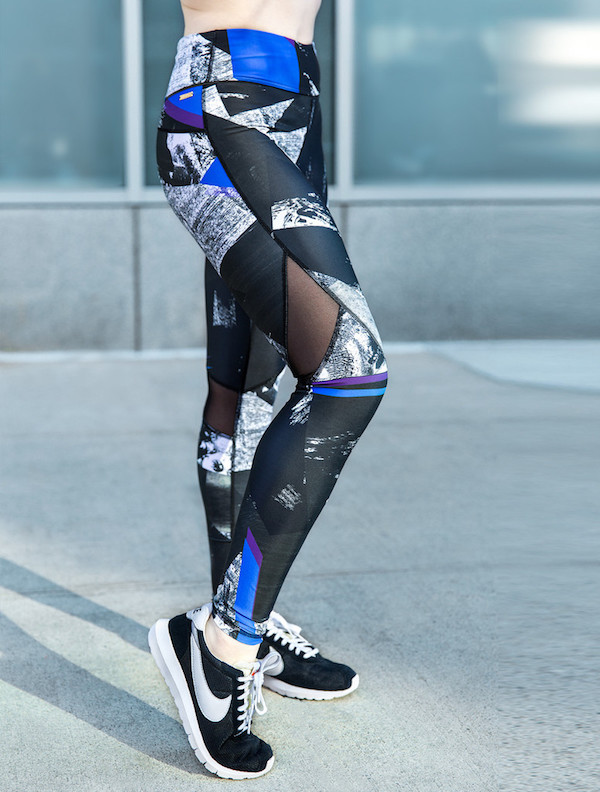 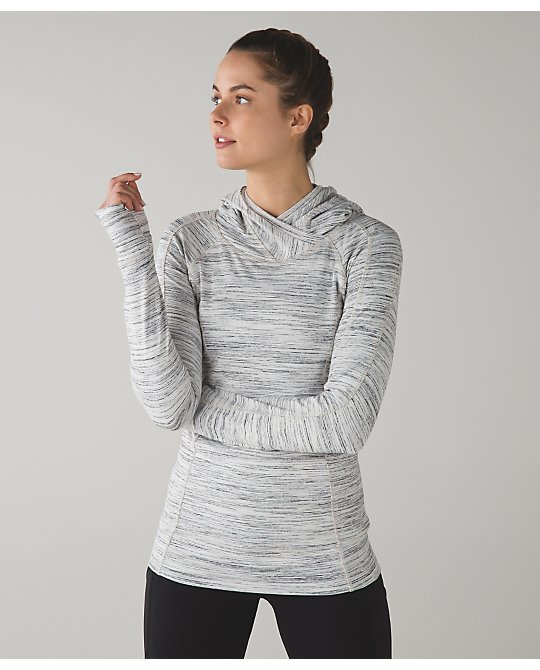 This new white space dye camo think fast hoodie from lululemon looks so deliciously cozy.  It hasn’t dropped in the US just yet, and is only in Canada right now. 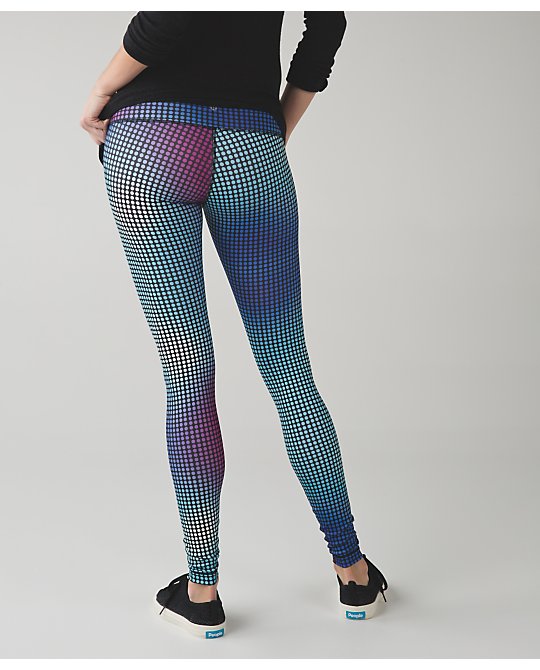 Also from lulu, these cosmic dot wunder under pants have been making quite a splash.  I can’t say I expected lulu to do a disco fabulous print, but they’re fun. 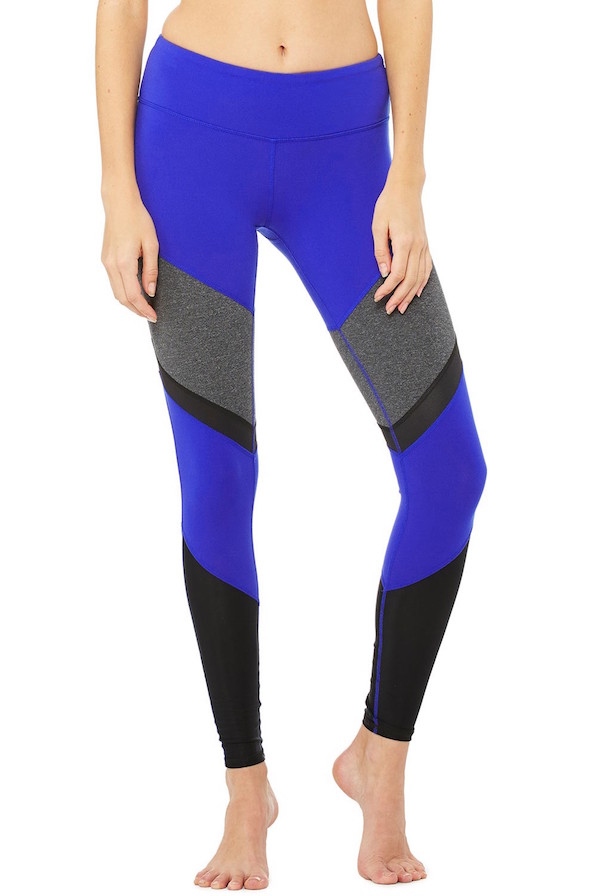 Alo has been hitting the leggings designs hard lately.  Here’s another new one: the Sheila legging in deep electric blue, via Evolve Fit Wear.  P.S. These recently released nova capris in purple are gorgeous too. 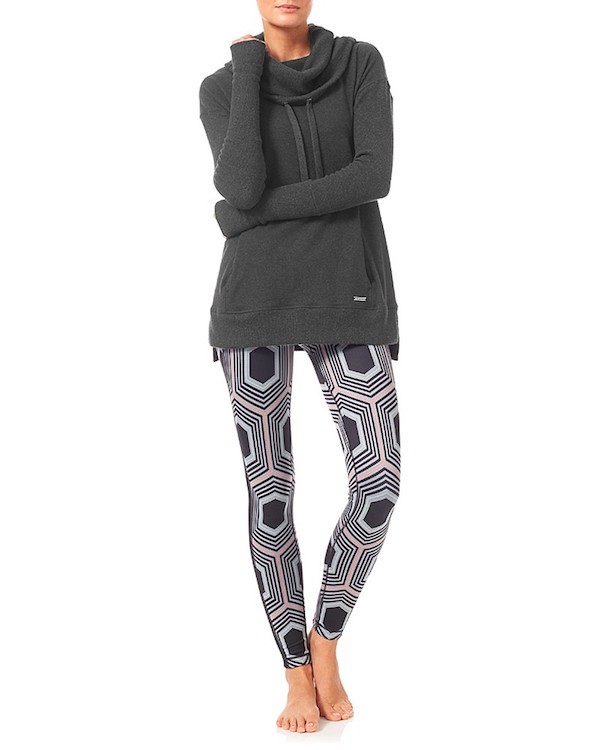 Sweaty Betty’s new season drop is out in full force.  They describe it as “fusing Brazilian shapes with a British edge”.  They use a lot of funky geometric prints with lots of coral and teal.  This new akasha tunic looks deliciously cozy. 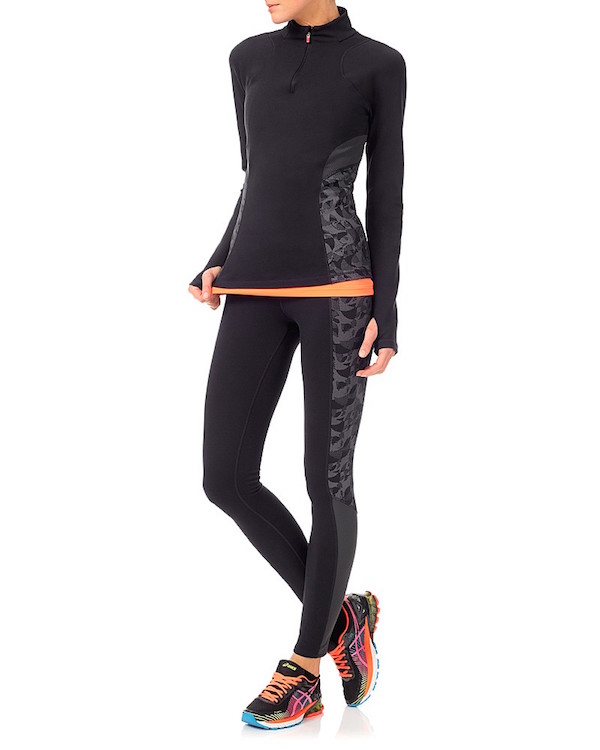 On the more functional side, Sweaty Betty also has a new matching reflective run set in thermal fabric. 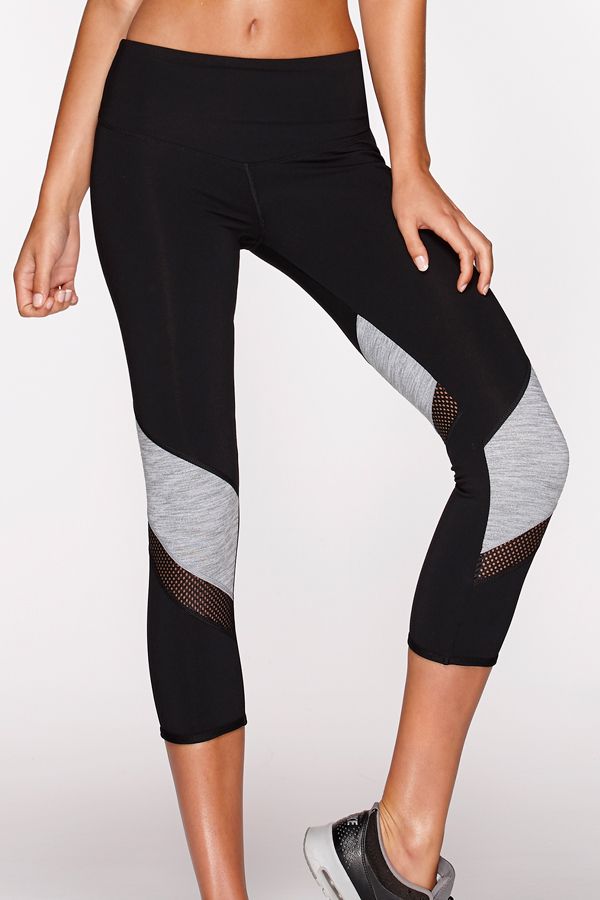 These stay strong 7/8 tights from Lorna Jane are a beautiful example of simple fitness style.  That said, it looks like those seams run dangerously close to the knee, which has major uncomfortable potential.  Boo. :( On the plus side, it looks like Lorna Jane now stocks size XXS on their US website.  Hooray!

Before I go, a couple more quick notes:

In response to the copycatting firestorm I mentioned here, Athleta has pulled their K-Deer lookalike striped chat tights from their site.  Here’s a Fortune article about it.

Victoria’s Secret Sport is offering a free pair of sport pants when you buy one of their sports bras at full price.