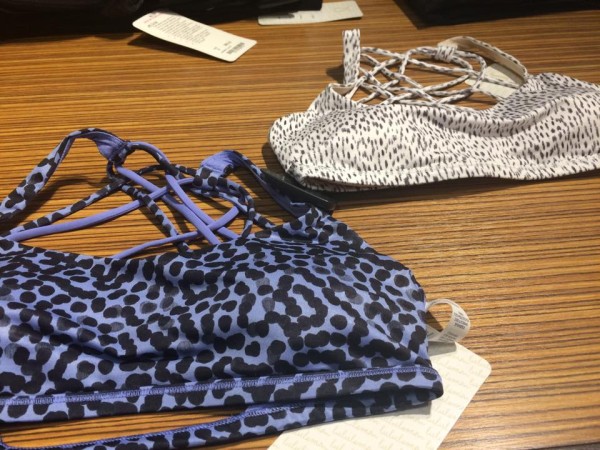 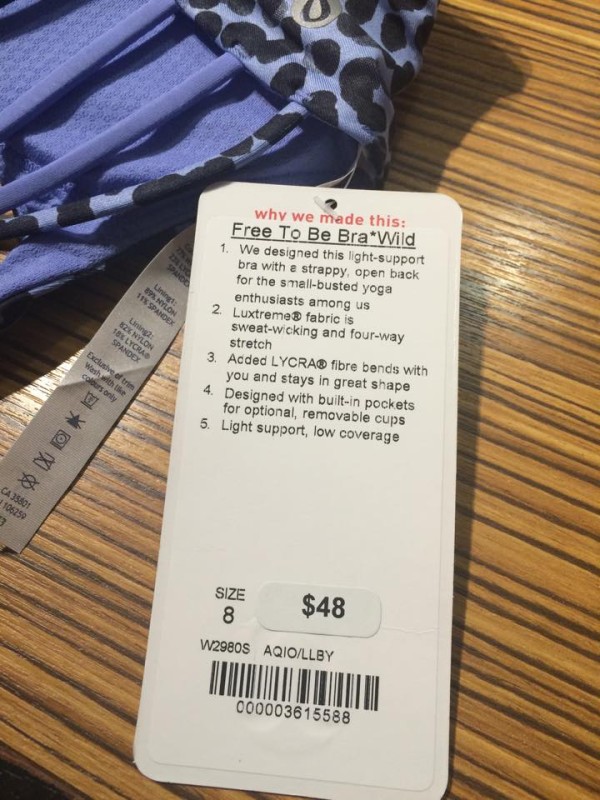 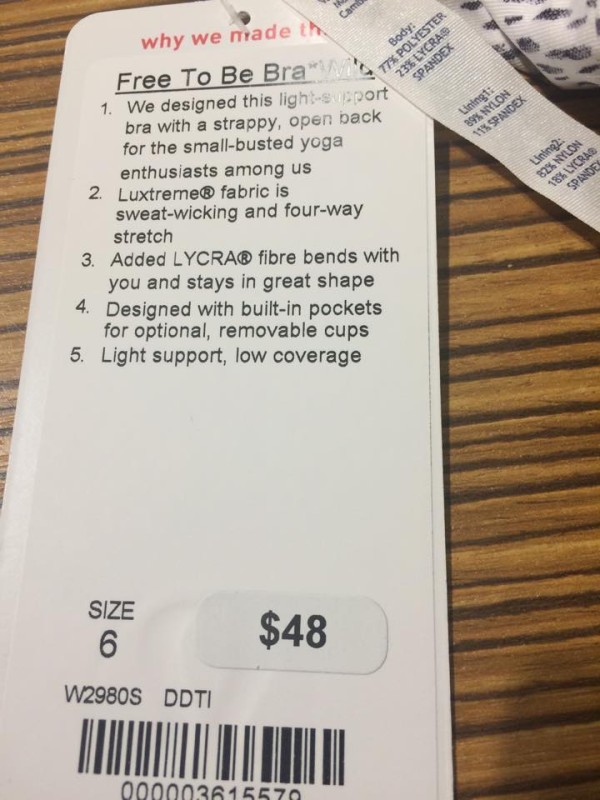 Two new free to be wild bras spotted in a Canada store!  There’s generally not new shipments on Wednesdays so this was a bit of a surprise.  Both of these appear to be new colors/prints for summer.  The purple-blue is lullaby (LLBY), from the tag so technically it’s not NEW new, but no idea about the pattern name.  Lulu has been doing a lot with the abstract animal prints lately: brushed animal, animal swirl, and now these.  The white-ish bra is also reminiscent of speckle dot parfait pink. 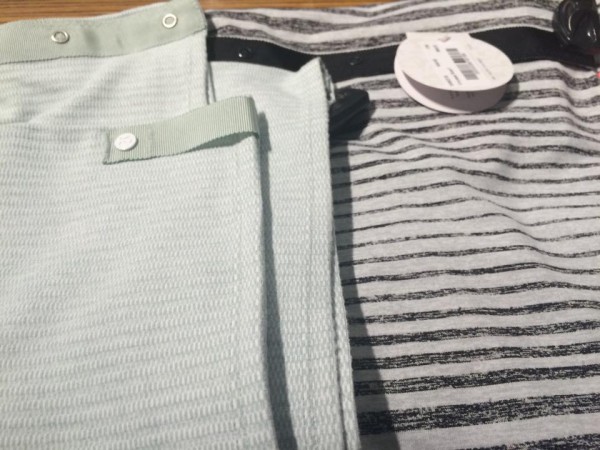 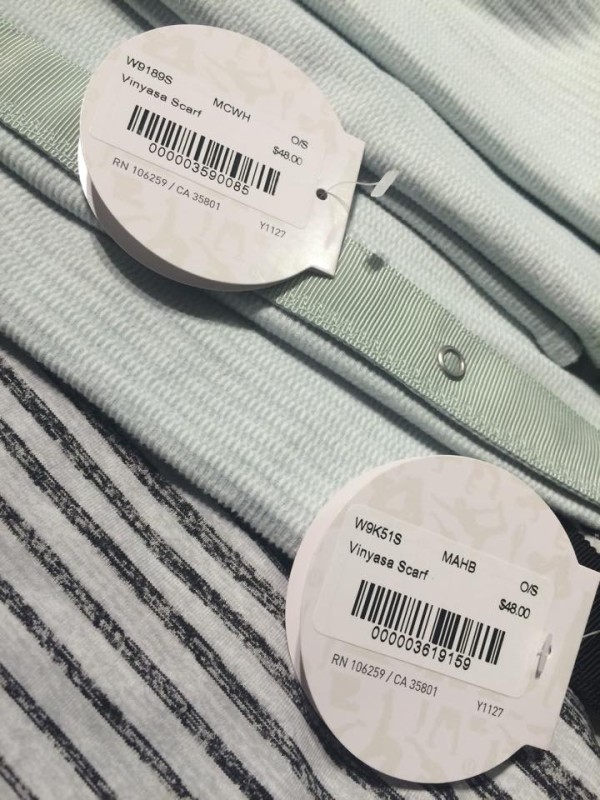 Two new vinyasas today, too!  One looks like mini check pique minty grey (like on the rejuvenate yoga tote), but that is just a guess.  I thought we would’ve been done with textured vinyasas by now?  Apparently not.  The striped one was actually a men’s stripe previously; it’s called mini akido stripe.

[Thanks to Agent R for all photos in this post]