Another slightly early upload today. Hooray for no tech issues! Yet. That said, my internet has been inexplicably breaking at upload time for the past 2 or 3 uploads, which, as you can imagine, thrills me to my core.

The US got a huge drop of lots of Australian summer-y goodies–very light flare, paradise grid, ombre wave, flash light…

Canada, meanwhile, got the cabin yogi capsule and lots of other layers, including lots of cottons and such. 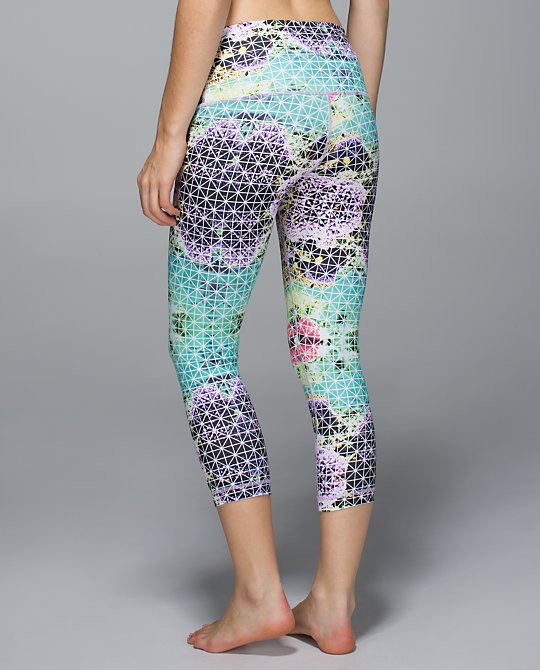 Rolldown paradise grid wunder under crops in the US. 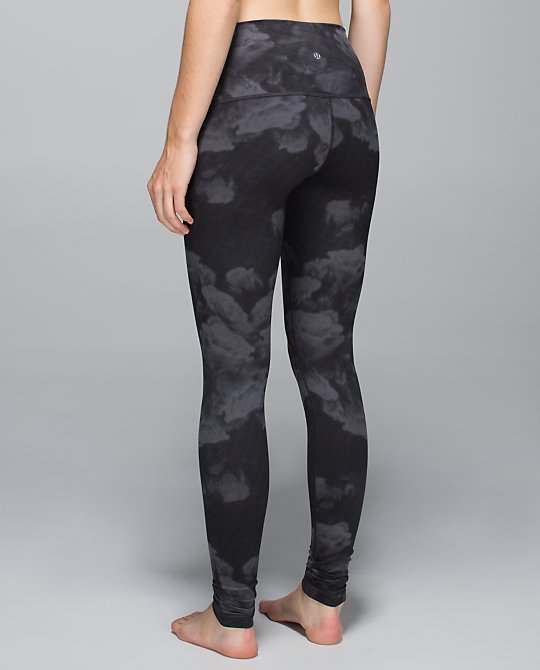 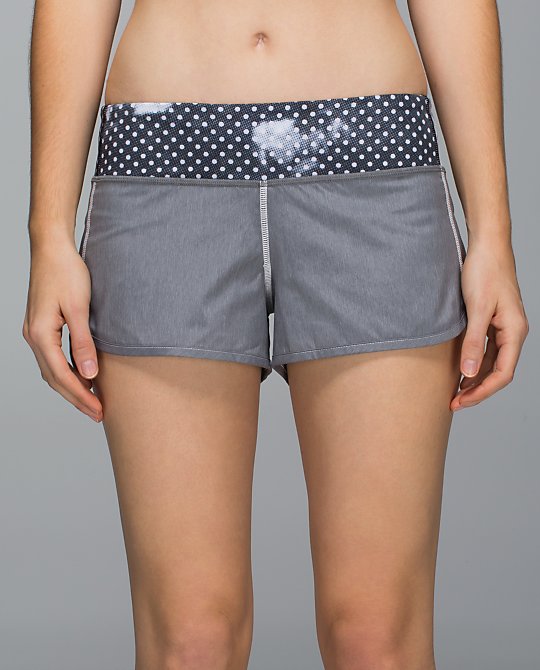 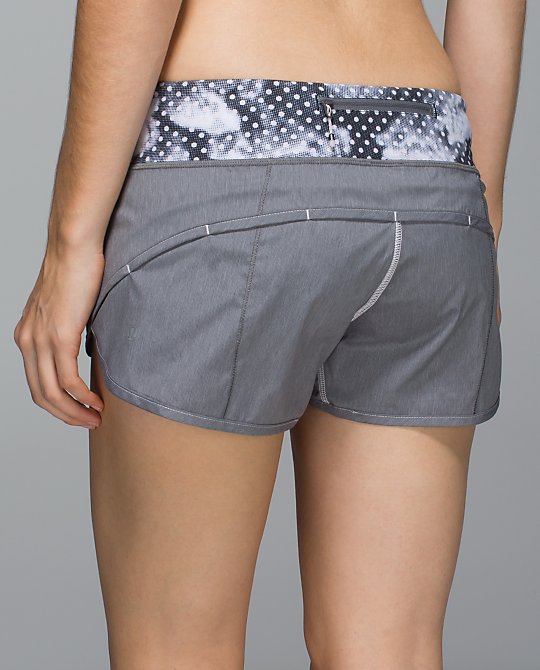 New slate speed shorts in Canada with a dottie dream rose waistband. Another disastrous contrast seam. They might as well draw an arrow to your crotch with a Sharpie at this point. “NETHER REGIONS HERE.” 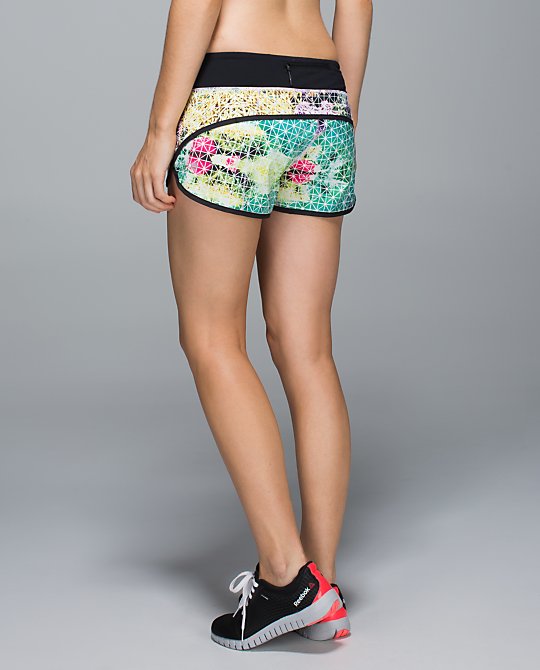 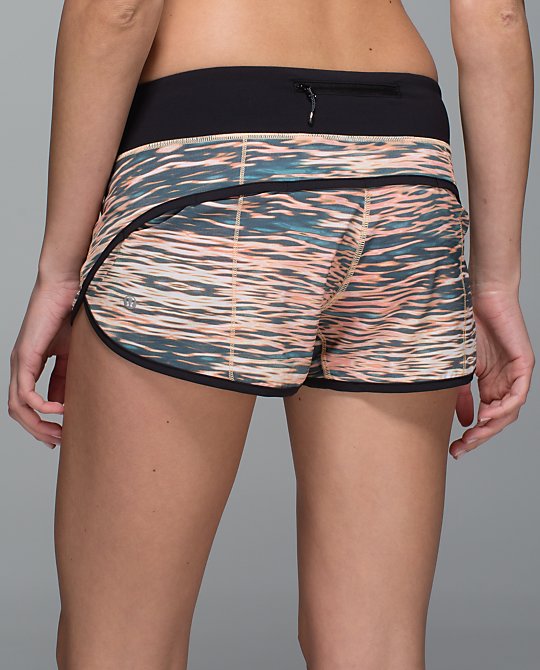 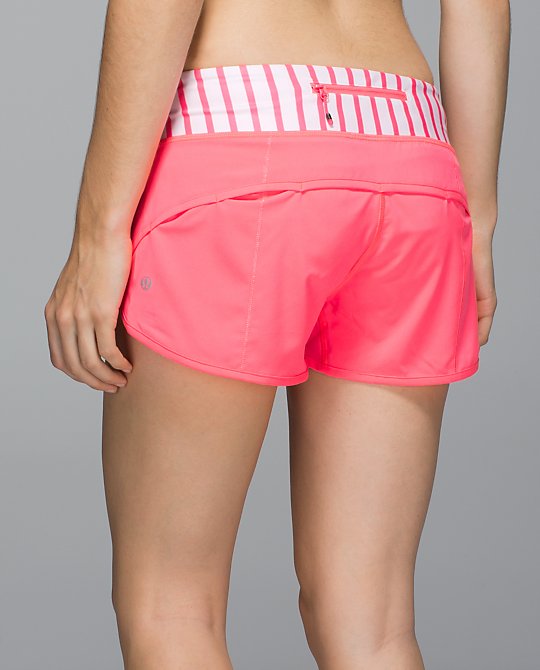 The US did get the paradise grid speeds, tiger water multi, and flash light.  Still no signs of menthol stained glass or solid menthol, which are the two I want the most. 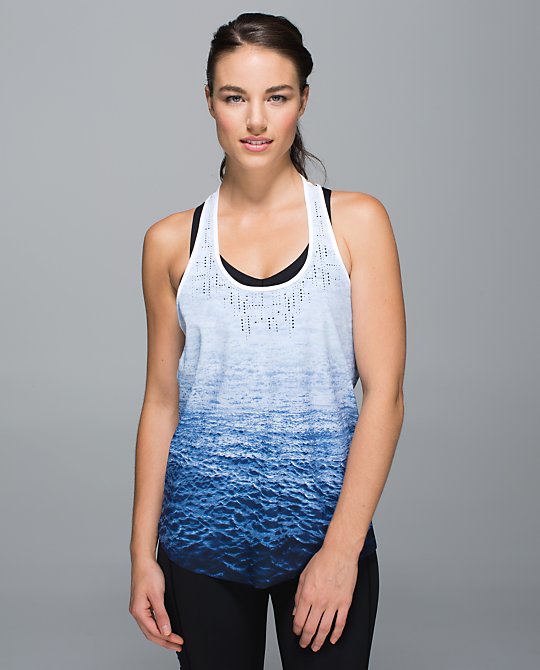 Lots of water bound stuff on the US side, like the ombre wave singlet. Other water bound stuff in the US includes the bra, shorts, crops, and hoodie, plus some coordinating 50 rep bras. (Side note: I noticed tonight that I like the colors of the 50 rep a lot more than the energy bras that have been available in my size, so I’m thinking I should snag myself one or two at some point.) 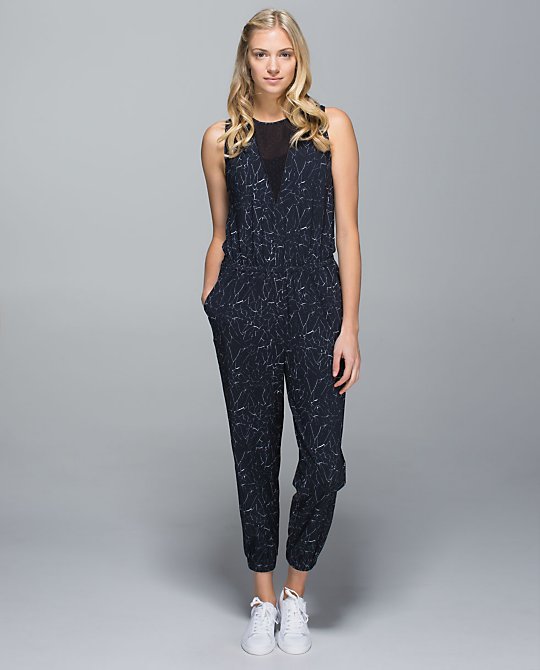 I’m sure you’ll all be delighted to here that lulu produced a third colorway of the party onesie: breaking point black/white, inexplicably named because it’s *clearly* blue. 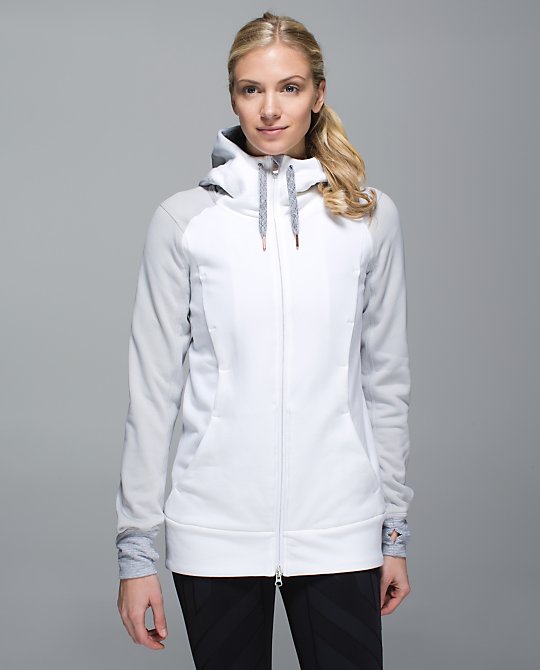 The new stretch it out hoodie showed up in 2 colors–black and white, basically.  Only sizes 4-10 so size 4’s who want to size down won’t have the option. 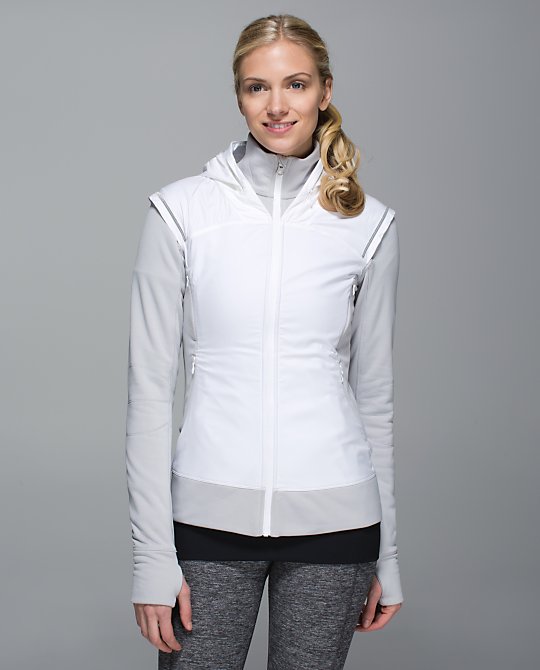 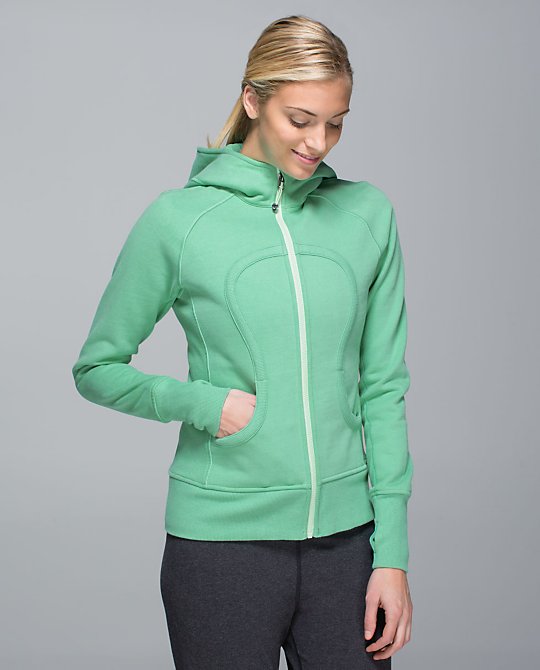 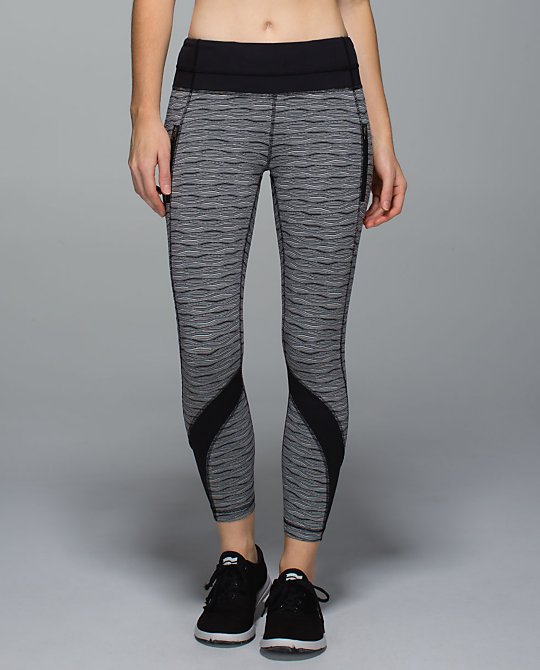 The new inspire crops spotted yesterday also come in the longer inspire tights.  The pattern is actually called textured wave not tiger water like I had guessed.  D’oh. 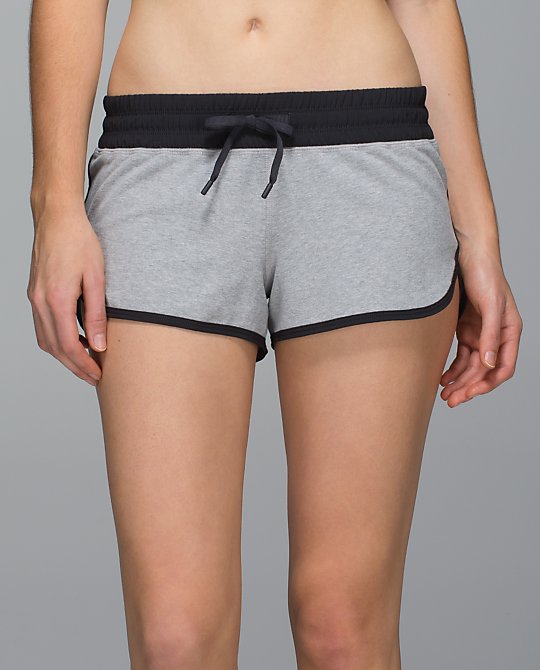 New breezy shorts made of luon.  No liner, and they look as short as speeds, so I’m not sure these will be practical for anything but lounging. 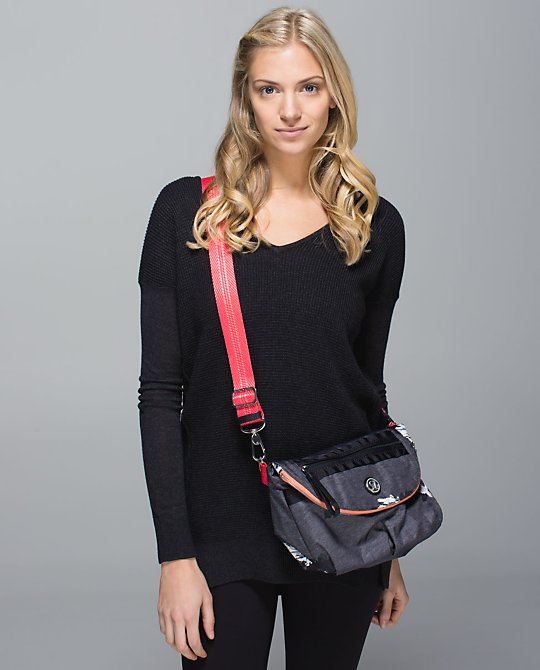 New atomic flower festival bag in Canada only.  The strap is atomic red, a color we haven’t seen a lot of so far. 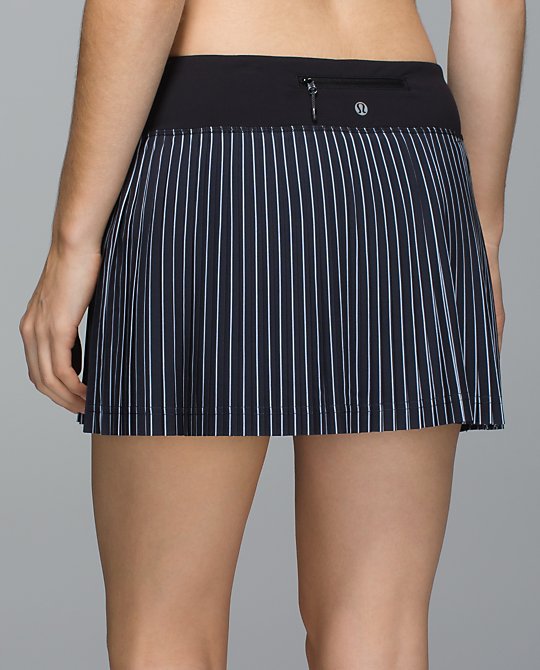 – Paradise grid CRB on the US side.  Canada got capilano stripe.

– Canada got all the cabin yogi collection: wrap, long sleeve, sweater pants, and onesie. I really want one of the LS’s, so I’m going to have to spend the next couple weeks deliberating on which of the 4 colors.

– Oh and by the way, the cabin yogi onesie is $168. I believe this is where I’m supposed to say that I “literally cannot even”.

– Lots of new swiftly racerback colors in the US including very light flare, menthol, pow pink light, fatigue green, and new color sea mist.  Ok well, some of those might have been there last week, but I’m not sure because I don’t obsessively keep track of swiftly colors like I do some other stuff.  So sue me.

– The new namaskar crops in the US were also something originally seen in Australia, although in different colors. It says they’re made of luon, but they look like they have a funky sheen to them.

– And of course, another one of lulu’s dropcrotch masterpieces, the shine trousers, are now available for your purchasing.

– The laser cut rolldown WUP from a couple months ago finally uploaded–I guess they hadn’t before.

– The modern racerback is up, including the adorable white parallel stripe.

– The be present jacket uploaded to both sides.