Today’s upload was a couple hours early for some reason (somewhere in the neighborhood of 12:30 Pacific).  It was super-tiny and super-lame for the US, with really no hot items to note.  Maybe this means Thursday’s upload will be bigger?  Or, maybe there will be more uploaded later, at the usual time?  Beats me.  Canada got a few decent things though: 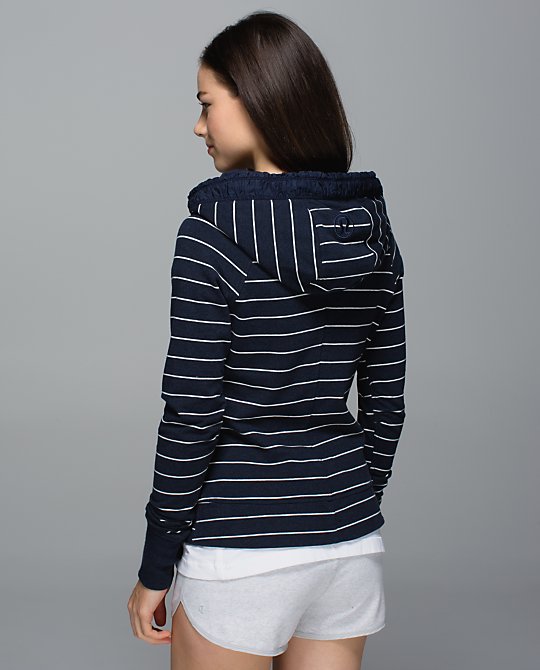 Lookout stripe movement jacket.  I’ve been hearing good things about this one. 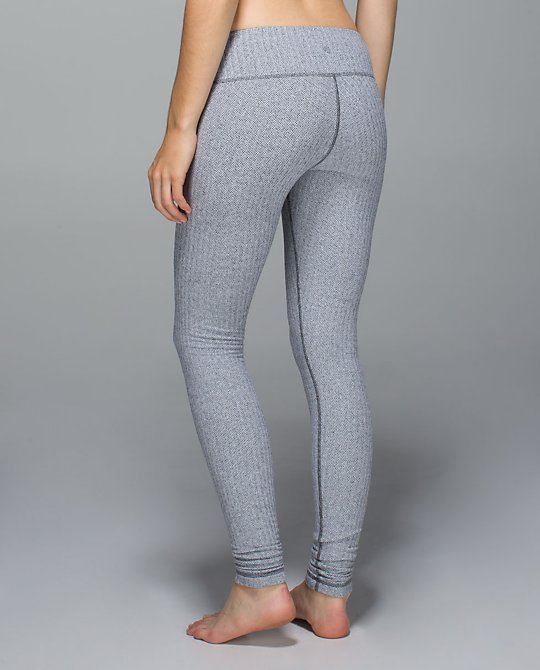 Ok, so apparently these white herringbone regular rise wunder under pants were uploaded to the US last week and I totally missed them.  They’re in Canada now, too.  The stitching is grey, which is less noticeable than the black on the rolldowns. 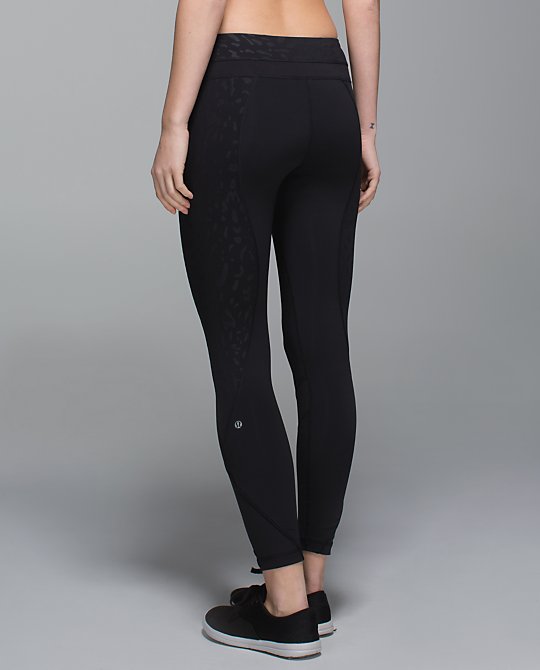 Animal swirl embossed black inspire tights.  The print doesn’t appear to be embossed on the inner butt panels, which might help with opacity since a lot of the embossed prints lately have been really sheer. 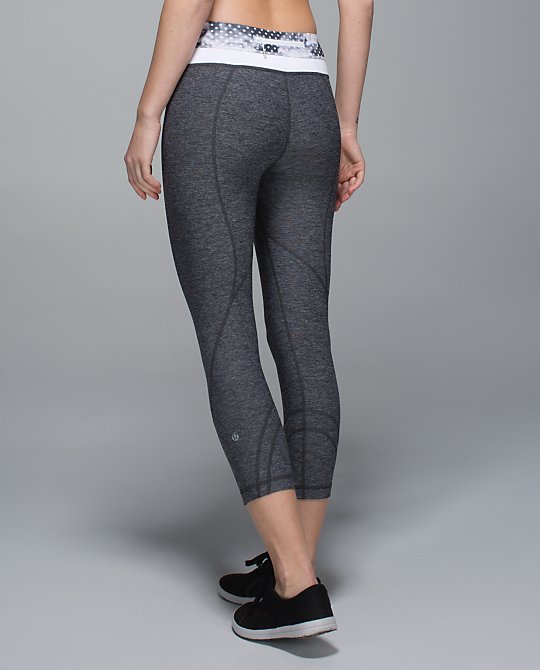 Heathered black inspire crops.  No 2 or 12 in these. 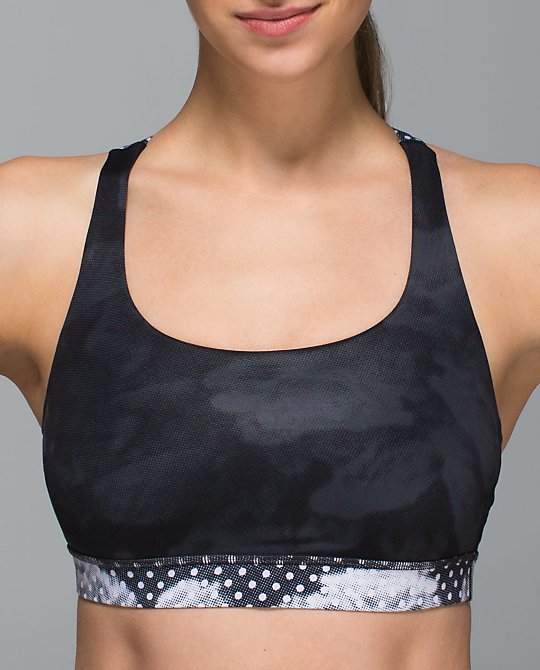 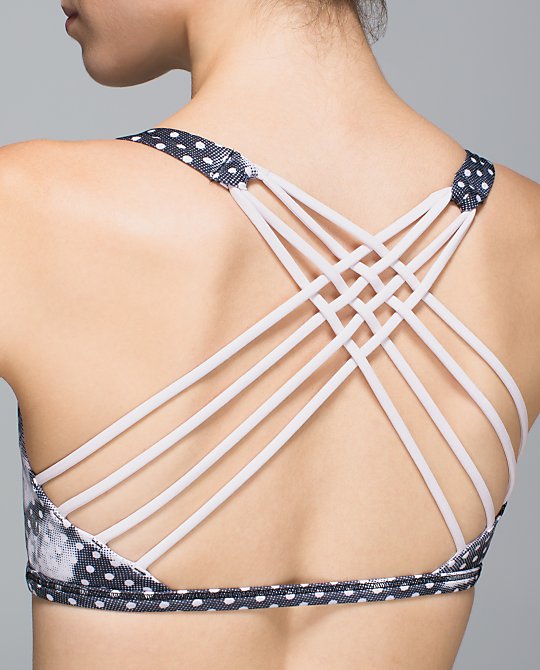 Dottie dream rose free to be wild bra.  It’s been weeks since this was first spotted in stores, so it’s about time it uploaded.  No menthol, though. 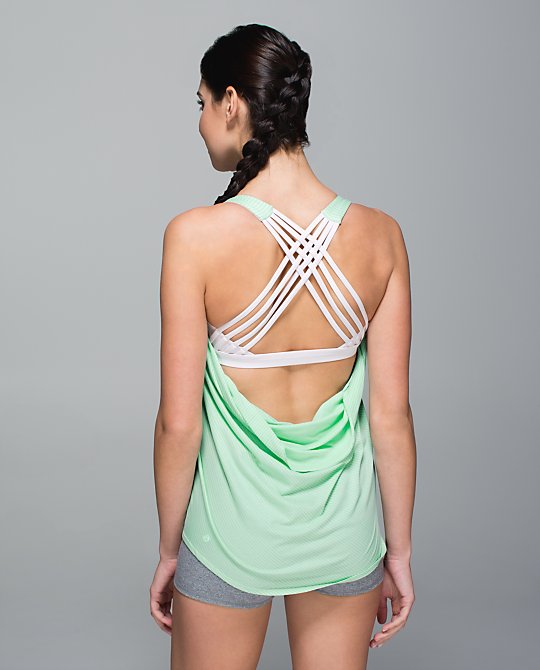 That said, Canada did get the toothpaste wild tank. 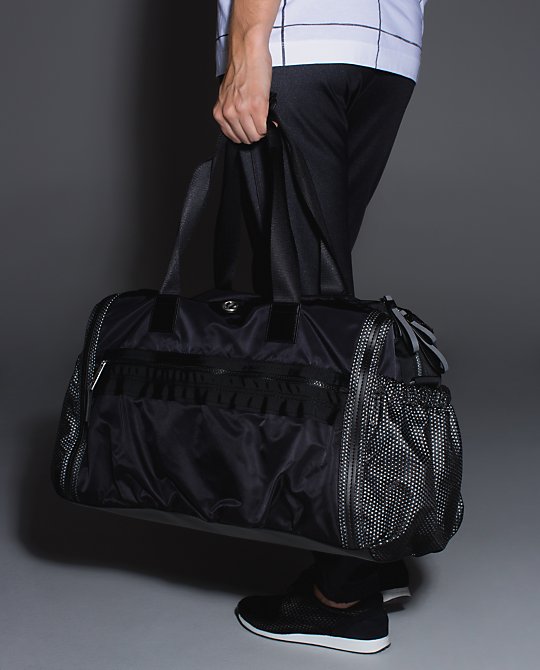 – US got the slate speed shorts with the awkward white seaming.

– New cool racerbacks: US got the black capilano stripe, Canada got parallel stripe and neutral blush.

– Cotton janks in the US: find your zen LS, yogi muscle tee, and ravi tee.

– New bangs back headwrap in Canada that was first seen overseas a week or so ago.