As promised on the last what we love, this week’s upload was mostly focused on the next swim capsule.  This includes new colors of the most recent surf to sand bikinis, the new salty swim bikinis and sweat 2 swim water gear, plus other complementary pieces like the sun runner items.  The colors for this swim drop are heathered jeweled magenta, crosscourt petal pow pink, and narrow bold stripe.  Other than the swim stuff, the rest of the upload was fairly small–not surprising, since the swim drop was pretty sizable.

So far, I think lulu is doing a pretty good job this summer as far as incorporating color.  We’ve got a balance of lighter and brighter colors along with deeper colors: jeweled magenta, dashing purple, clarity yellow, lullaby, poseidon, and some colorful prints incorporating these.  These are balanced by some more subdued prints like scratch match, diamond palm, and palm party.  Though I personally haven’t bought anything new for a while and I don’t love every new print/color, I think from a more objective standpoint, the summer gear (as well as the tale end of spring) is a step in the right direction.

Also: I had a helluva time getting upload to show up today.  I force refreshed, cleared my cache, switched browsers, and still just couldn’t get it to go.  At least the app was working so I could check for any “urgent needs”. :) 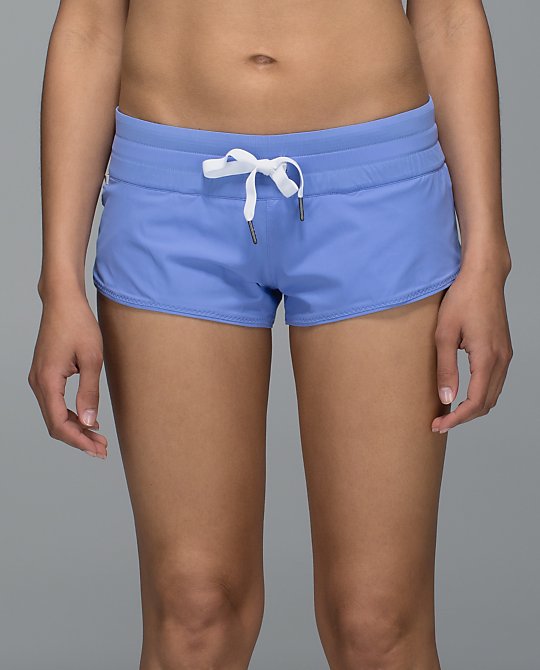 3 new colors of the surf shorts were included in the swim barrage. 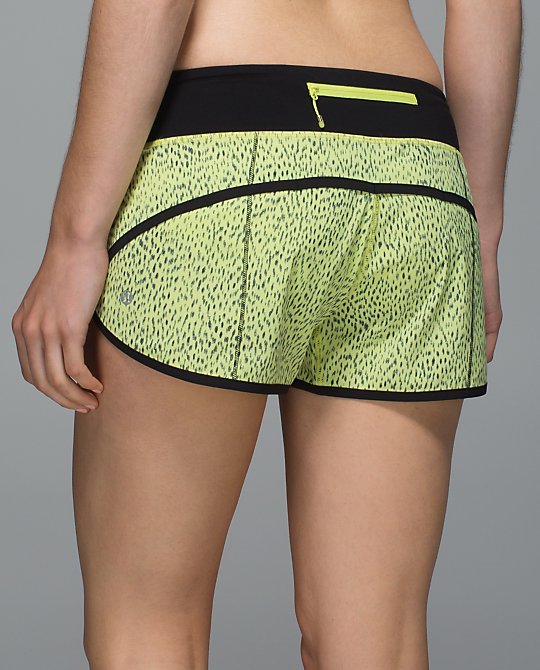 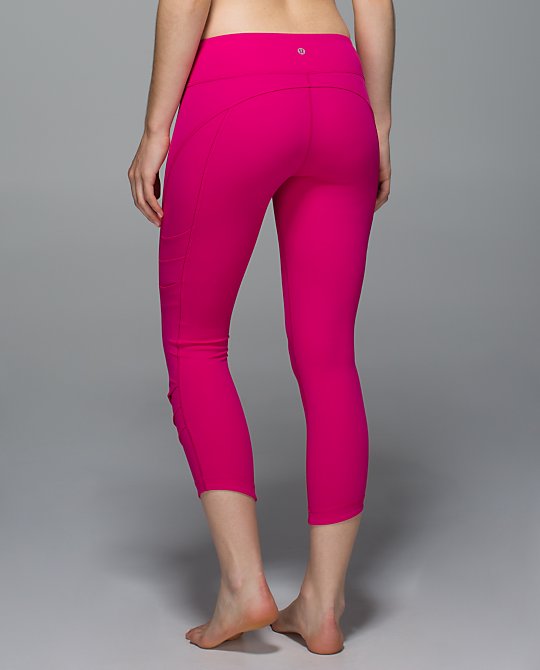 The all you need crops (seen earlier today overseas) are here!  Intrigued to hear reviews of these.  Pretty color, normal rise, luxtreme, and the reasonable $88 price point put them on my radar.  Still would like to alter them to a straight hem, though.

All you need tights and all you need pants are also up.  IMO, the crops are definitely the best of the bunch. 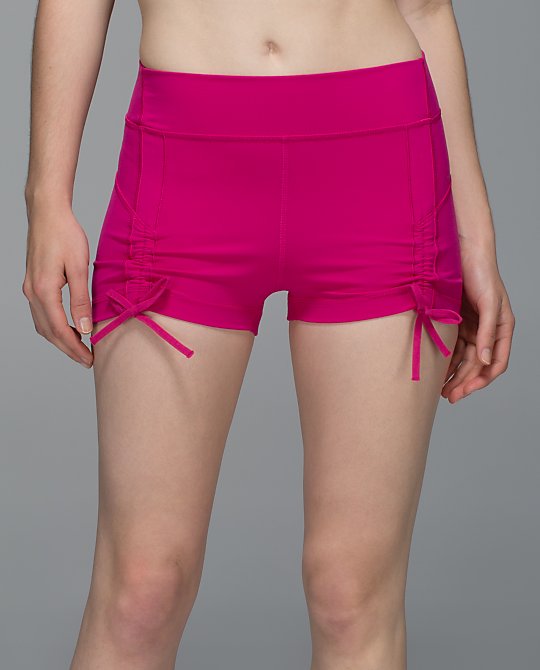 The liberty shorts (also seen overseas) showed up in Canada in jeweled magenta and US in diamond jacquard slate/clarity yellow.  These are a higher rise, so they look a bit different than most of lulu’s other hot yoga shorts. 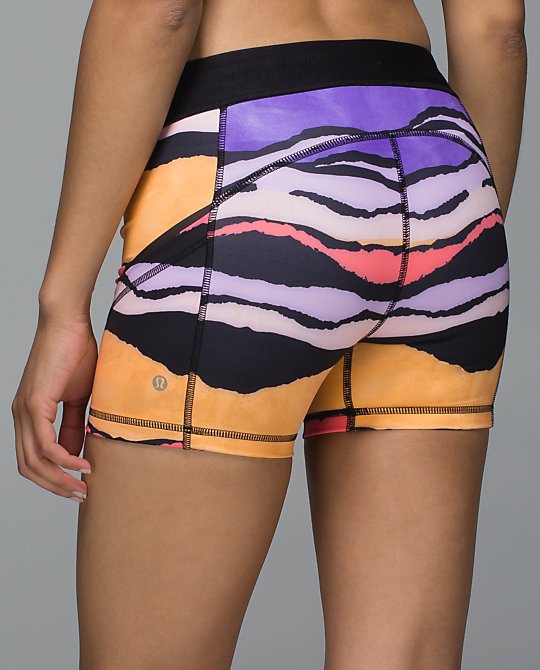 The new bleacher stripe (seen in neutrals earlier today) comes in a colorful version too, called bleacher stripe black iris flower. Lots and lots of color here!  These are what the sport shorts. 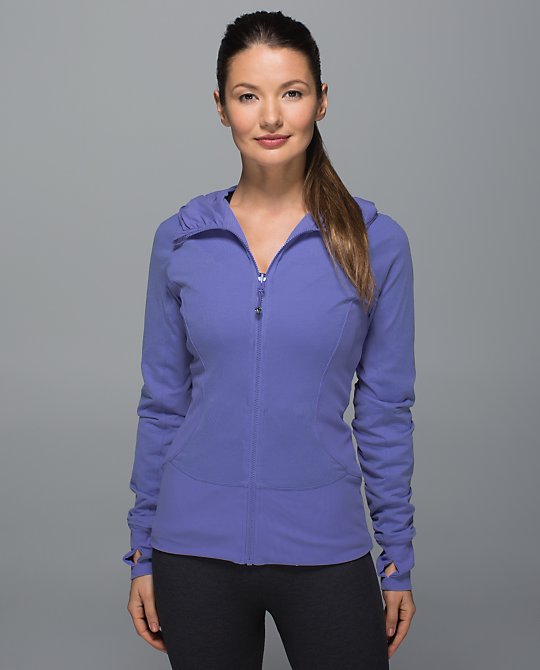 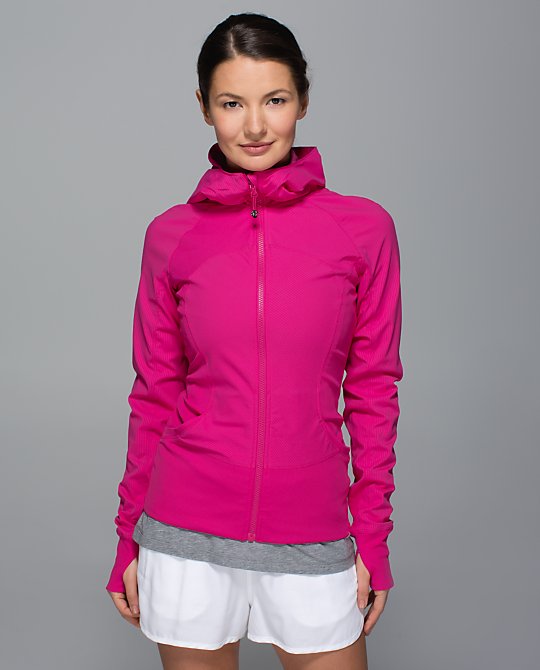 New in flux jackets: lullaby for the US and jeweled magenta for Canada.  No size 2 or 12 of lullaby. 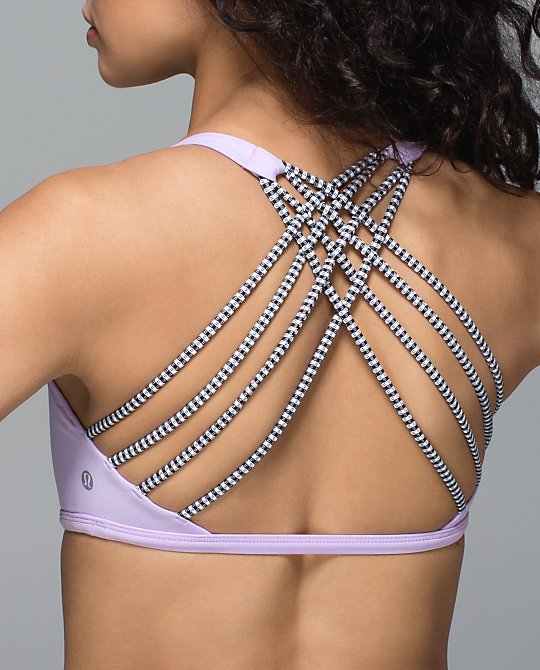 Canada got the pretty purple/gingham free to be wild bra, as seen in some Canada stores a couple weeks ago.

– The tech mesh high times with the shine finish and dot mesh are in the US.  These were in Canada a couple months ago and I know some Americans were chomping at the bit for these.  No size 12.

– I don’t remember noticing groove shorts in rolldown (new today in palm party), but it makes sense given the general rolldown trend in many of lulu’s bottoms.  In the US only.

– Some latecomers to the regal plum party: rolldown cotton wunder under crops.  These were in Canada already but are now in the US too.

– The scratch match naval blue scuba from Aus is now in the US.

– The pigment wave black/white hit your stride skirt is now in the US.

– Blue denim in the flow crops are in Canada.

– I got momentarily excited when I saw the new jeweled magenta crossback tank because at first glance, sometimes it looks like a cool racerback.  D’oh.  Speaking of which: no new CRBs tonight.

– I’m still waiting on the race to win run hat in floral backdrop and jeweled magenta energy bra to come to the US, so my dry spell continues.