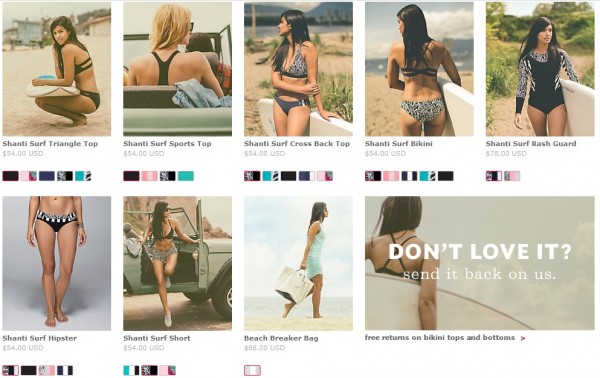 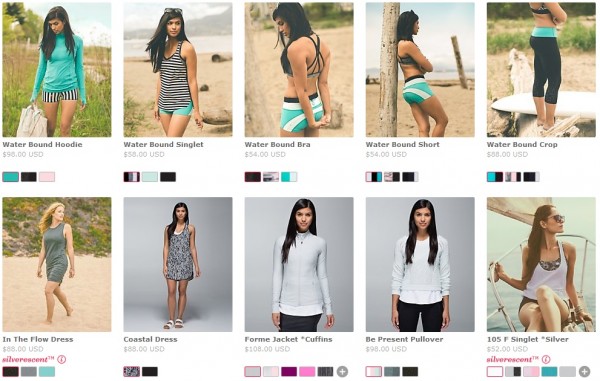 I took screenshots because that’s how I roll, kids.

The name of the new leafy print is “pretty palm angel wing/black”, and the ghastly pink floral is “flowabunga multi mini” (hah! called it).  Note the tote bag from one of the section banners appeared (beach breaker bag), and the in the flow dress is back. 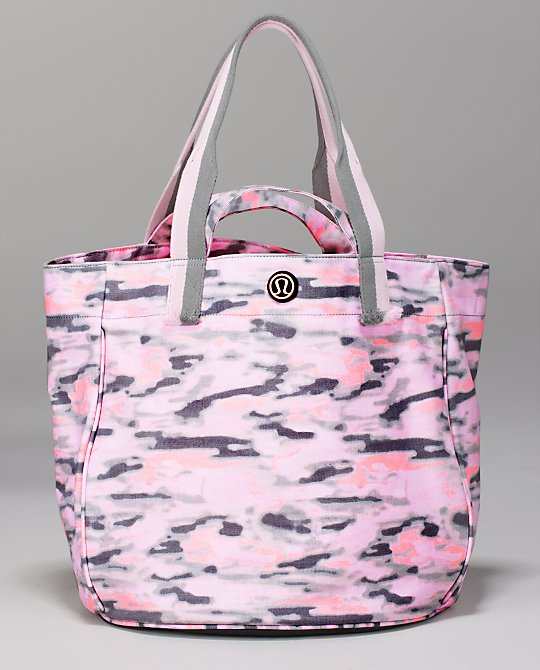 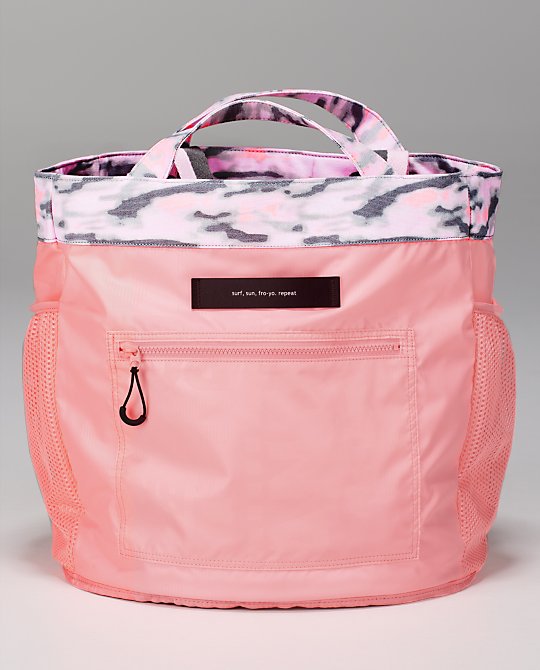 Canada not only got the dune bag, they also got this wamo camo/bleached coral version.  It’s actually fully reversible, which is interesting. 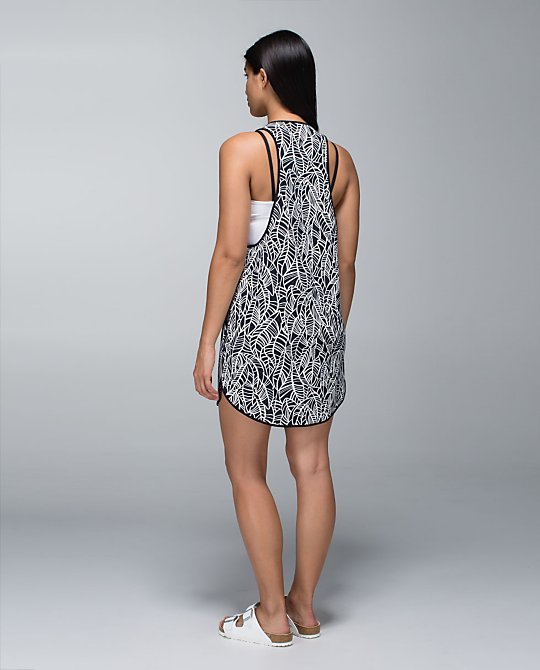 Another shot of the coastal dress.  It’s a shame it doesn’t have the cute strappy details of the coastal tank.  Just looks like a bit of a sack here, but certainly functional as a beach coverup. 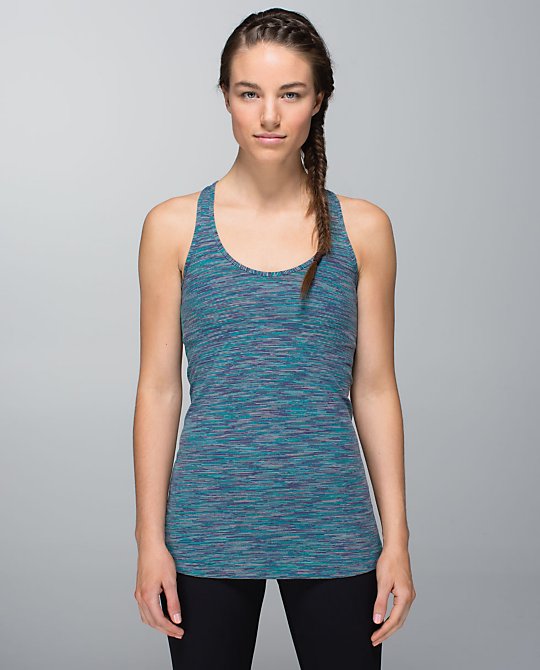 The blue tropics wee are from space print showed up in a cool racerback and 50 rep bra.  No wunder unders yet–maybe next week. The groovy stripe static wave CRB also was uploaded. 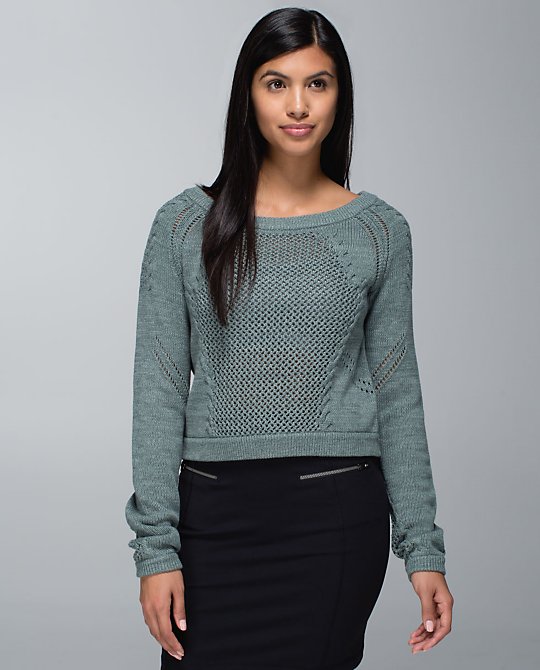 New be present pullover–another cropped item.  The sleeves look kind of baggy and long.  It comes in black, off-white (labeled as multi-colored but it just looks off-white to me…), and earl grey/deep shore.  Note that zippered skirt showed up again. 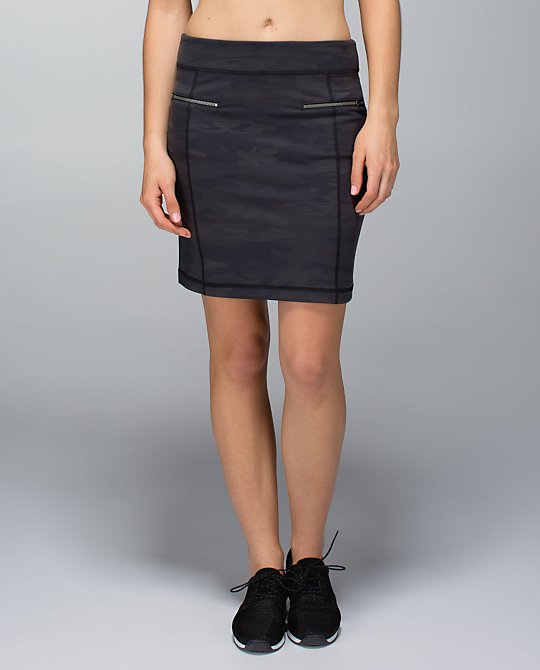 And oh hey look, that zippered skirt was uploaded to Canada (not US).  It’s called the rocket skirt and comes in solid black and black retro camo. 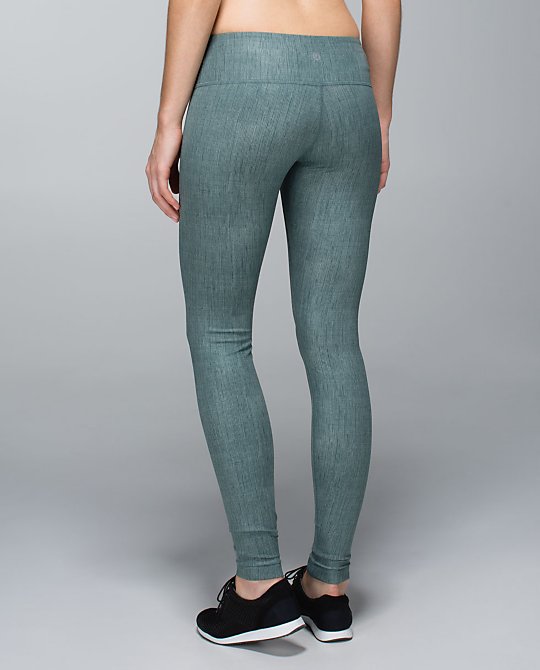 New earl grey/deep shore burlap textured wunder under pants, as noted by an aussie reader last week.  These are luxtreme.  Me no likey.  Reminds me of an aquarium, and not in a good way. 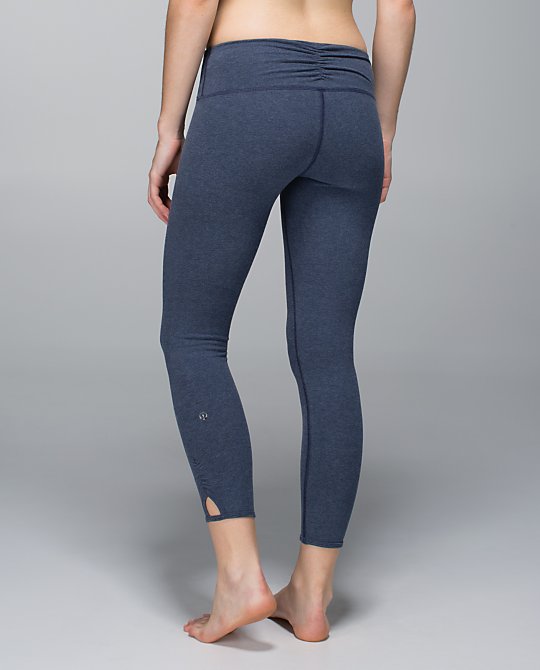 The dhanurasana crops made a comeback.   I believe these were luon before, but this time around they’re cotton.  These are a cute alternative to cotton wunder unders or the live natural crops. 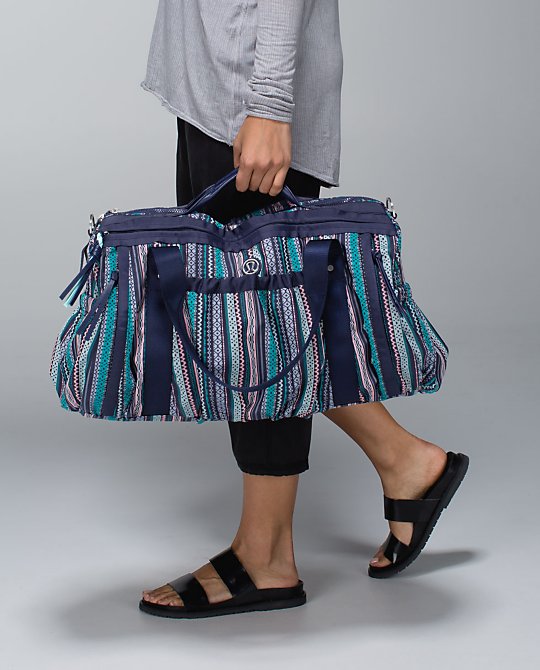 The needa margarita keep on running duffel is here.  Can’t imagine this will last long.

All in all, pretty much one giant yawn for me.  The duffel is cute, and the water bound bra has potential, but not tempting enough to part me and my money.

[P.S. Where the frigg are my blue tropics speeds?]