Massive day for shorts and crops, very little else!  Canada got some things US had gotten before (e.g., water bound shorts) and US got some things Canada already got (e.g., steep stripe black/heathered dune vinyasa).

Bruised berry showed up in WUC and speeds: 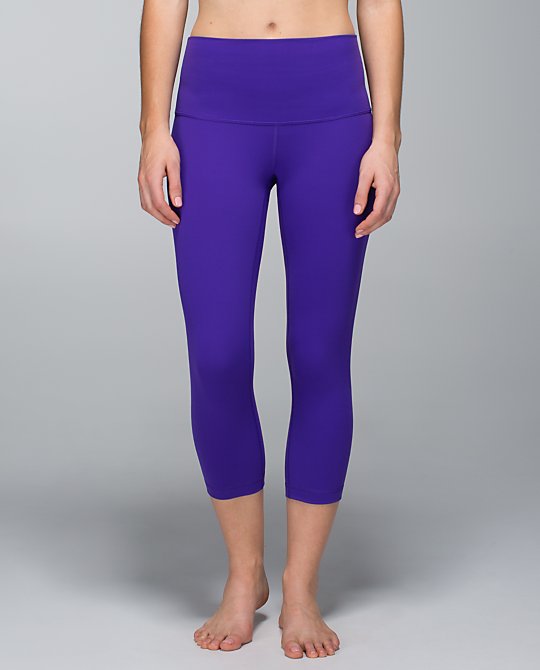 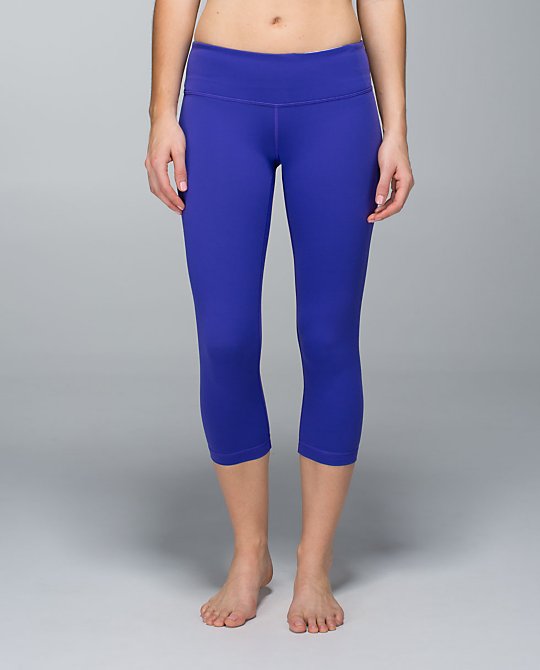 For some reason, US got rolldown WUC and Canada got the regular kind (reversible to black).  The reversible vs single layer probably explains the slight hue difference in these pics. 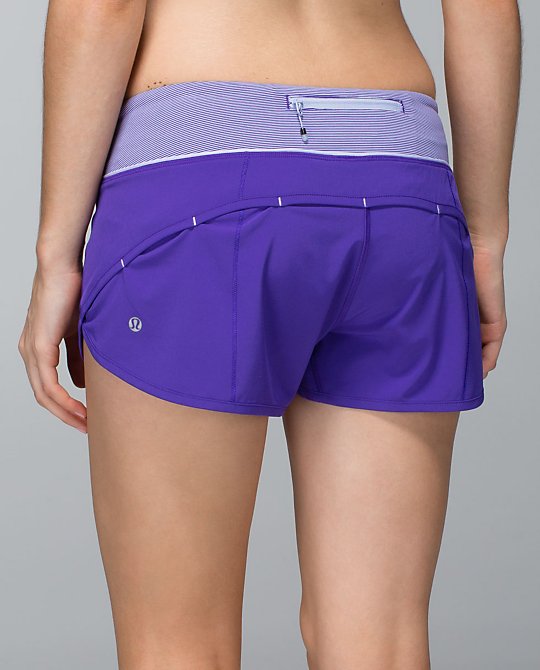 I almost lost my sh!t over these bruised berry speeds.  I admit I was slightly disappointed they don’t have a contrasting trim, but jewel toned blue/purple speeds are virtually nonexistent so these fill a pretty gaping void nonetheless.  I am positively vibrating with excitement to get these. 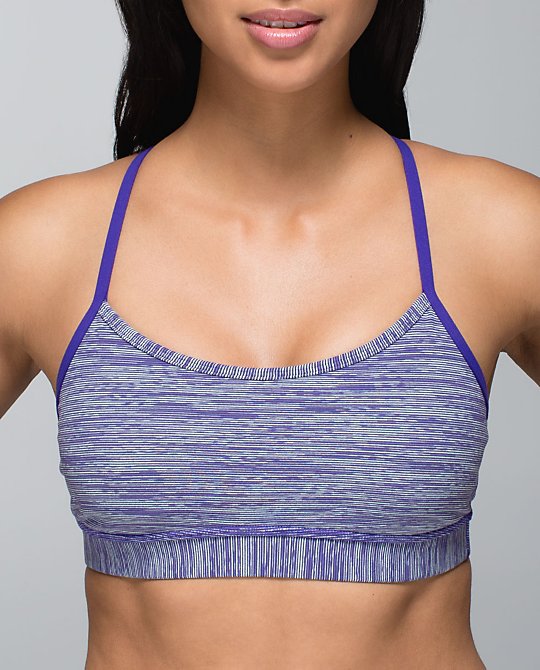 New bruised berry wee are from space print, seen here in a flow y bra (no other items in this yet).  Very pretty–this has a much nicer contrast than some of the other WAFS patterns to come out lately. 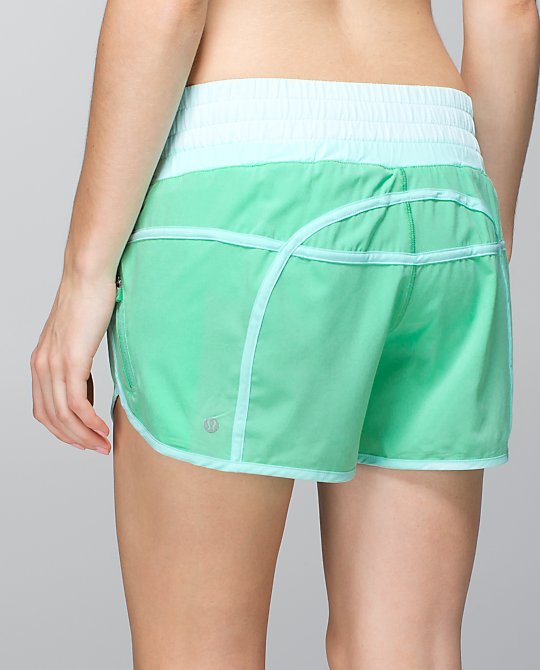 New color called “opal”.  The tracker shorts (only uploaded to US) are the only item in this color so far.  It looks like a lighter version of very green, or a more green-toned version of bali breeze perhaps.  Would look gorgeous next to bruised berry. 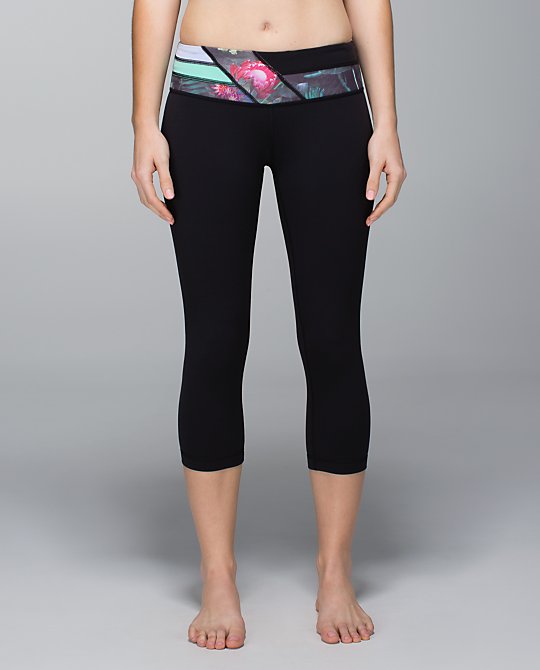 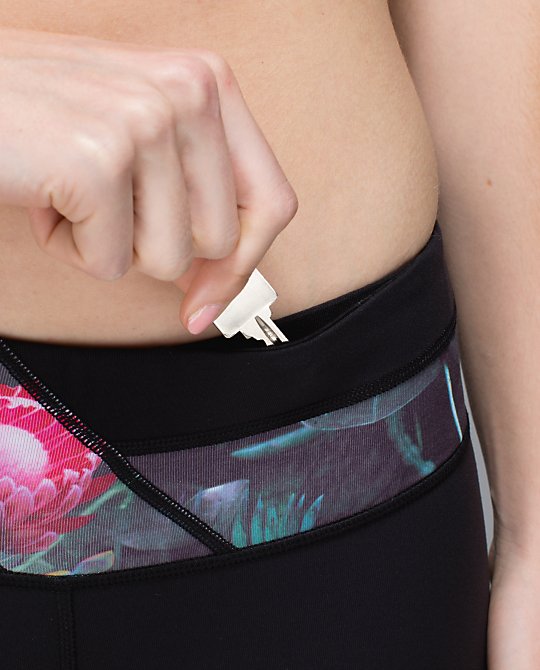 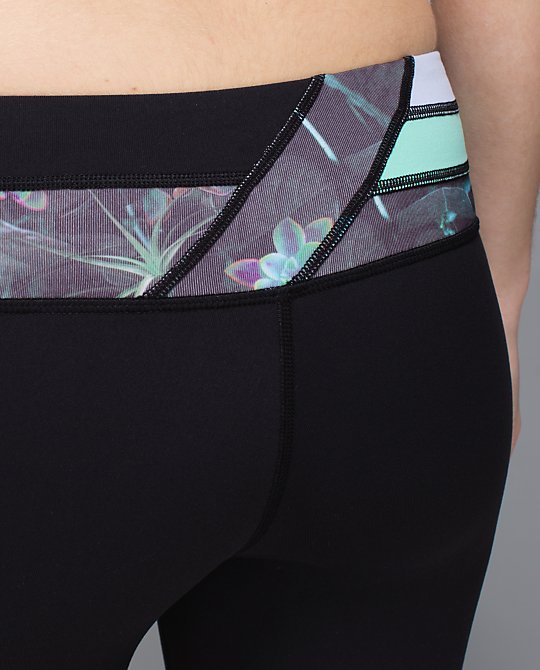 The wunder unders with the mystery waistband were uploaded.  The colorway is just called “su14 quilt 13” so no clues there at all.  The other waist band colors look like aquamarine and cool breeze.  It *might* be opal in the waistband but it doesn’t look green enough. 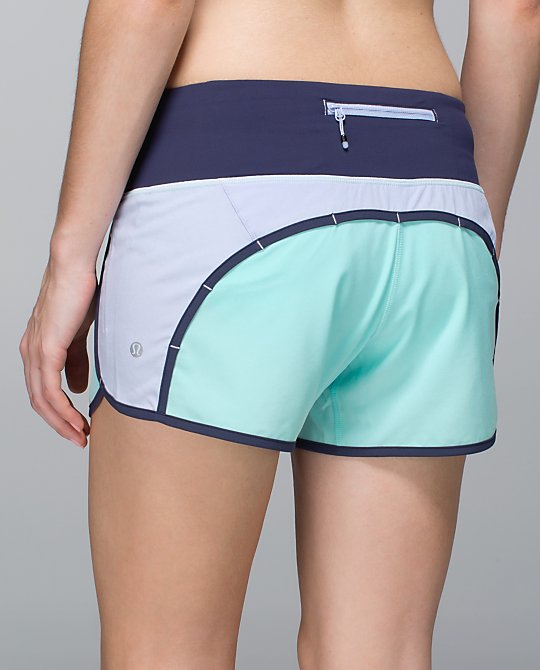 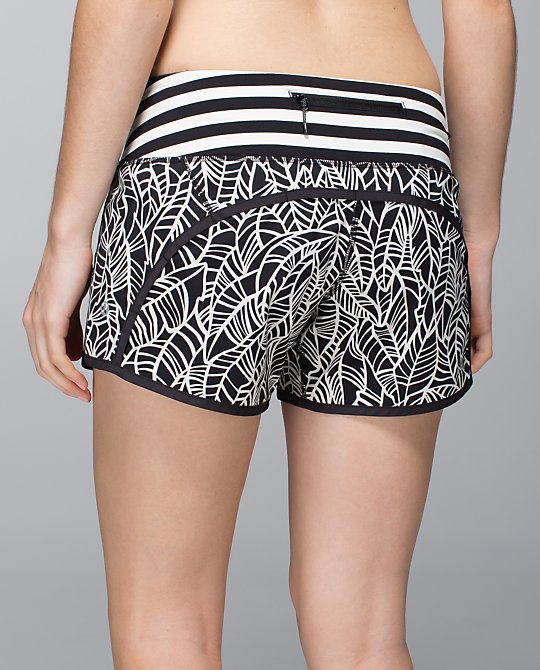 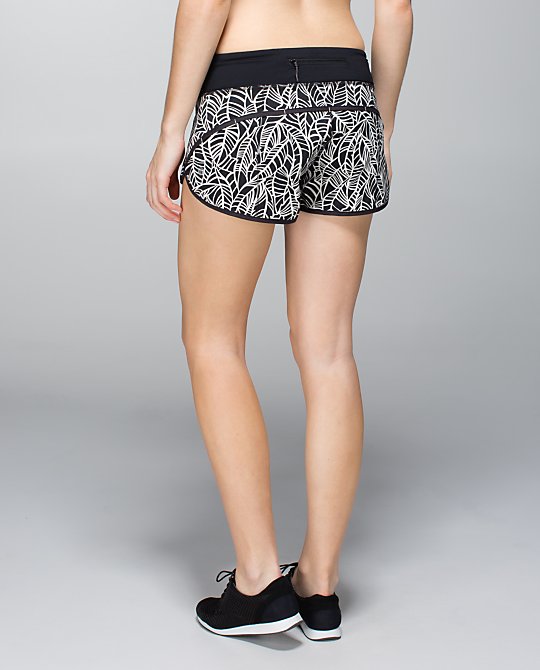 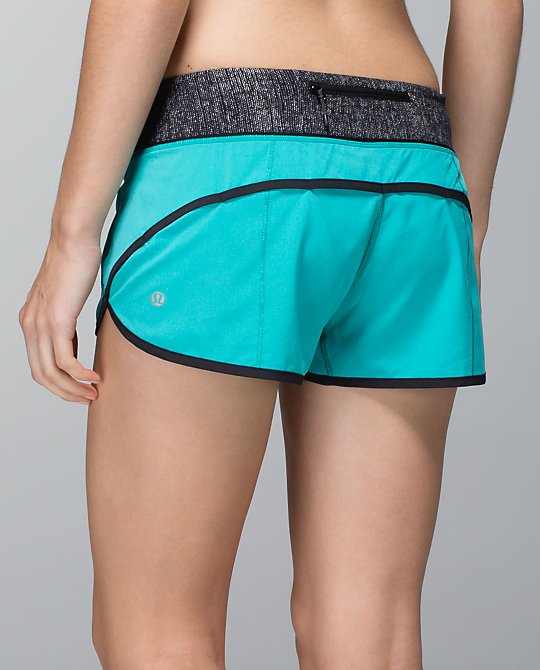 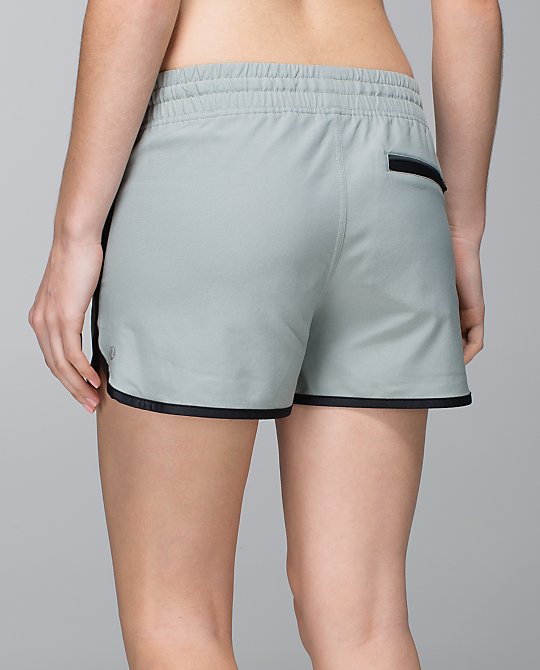 More new shorts!  These are the varsity shorts.  They’re made of swift and come in earl grey (pictured), black, white, and cadet.  They have a drawstring in the front.  They are super fug pancake butt shorts IMO. 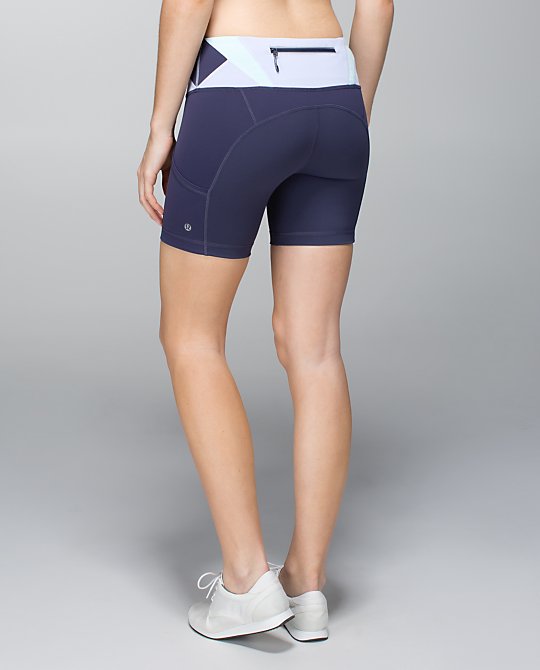 The dart and dash shorts were uploaded in cadet, all black, and black  with pretty palm waistband. 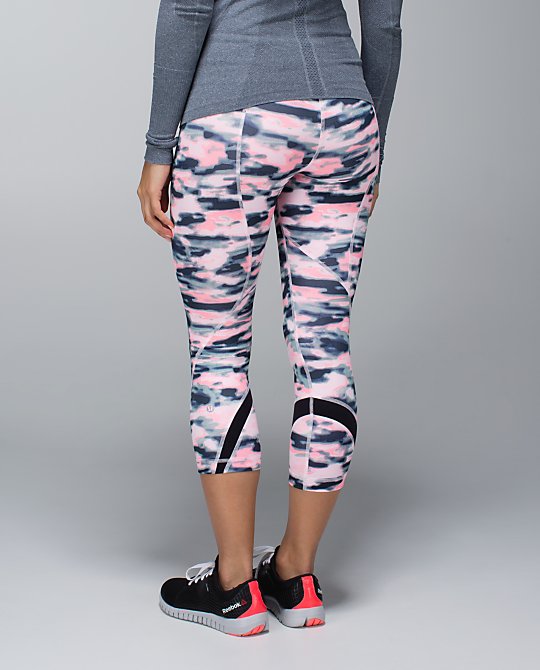 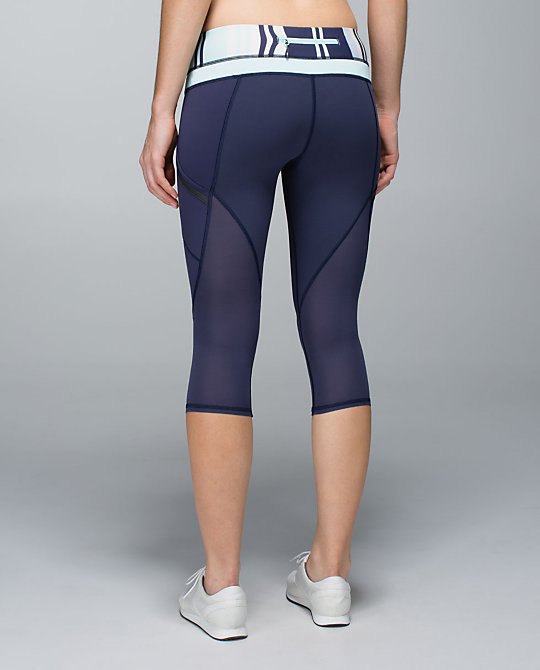 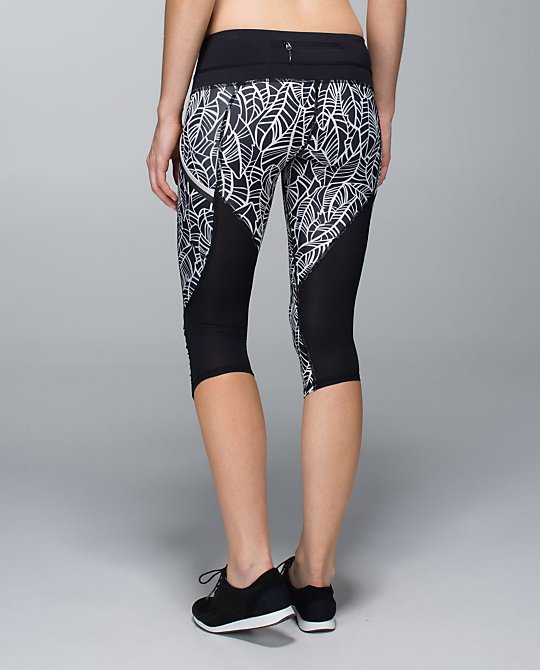 Run a marathon crops are back, uploaded in pretty palm, cadet, and black.  I like the mesh panels on the cadet. 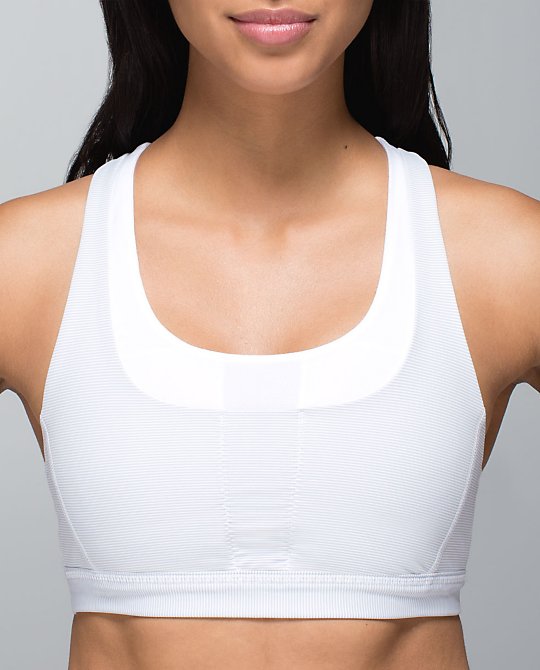 Stuff your bra was uploaded too, in wee stripe silver spoon (pictured), straightup stripe black/white, and black.  These came in a 2 the last time they were released but not this time.  Phooey.

Also uploaded but not pictured (not an exhaustive list): new fast and free jacket, runner up SS and tank (mercifully, not all the colorways have “runner up” on them), ta ta topper, wamo camo all sport bra, blue tropics street to studio crops, and earl grey studio pants.