As I expected, loads and loads of new this week, for the first summer upload.  In addition to the barrage of new prints and colors, the pedal pace indoor cycling capsule also uploaded tonight.  I’m cautiously optimistic about some of the prints and color schemes this season, although I didn’t buy anything tonight. 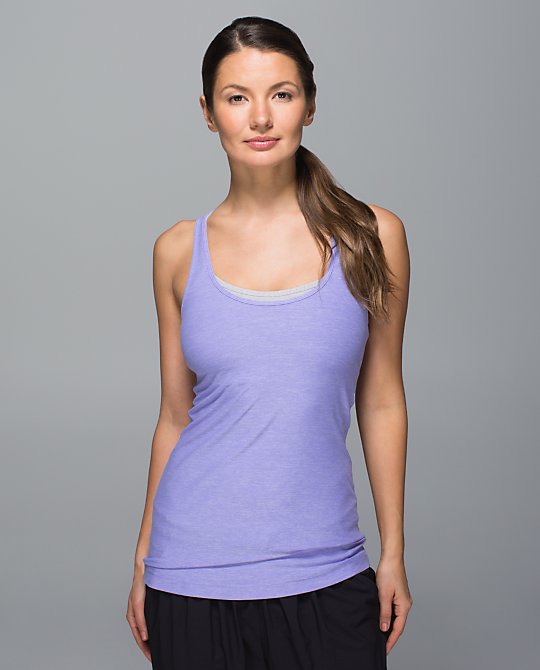 Surprise heathered lullaby CRB.  Clarity yellow also uploaded.  No heathered poseidon.  Update: clarity yellow disappeared on the Canada side and lullaby disappeared from the US.  Perhaps these aren’t ready for shipping in their respective countries yet and uploaded by mistake? 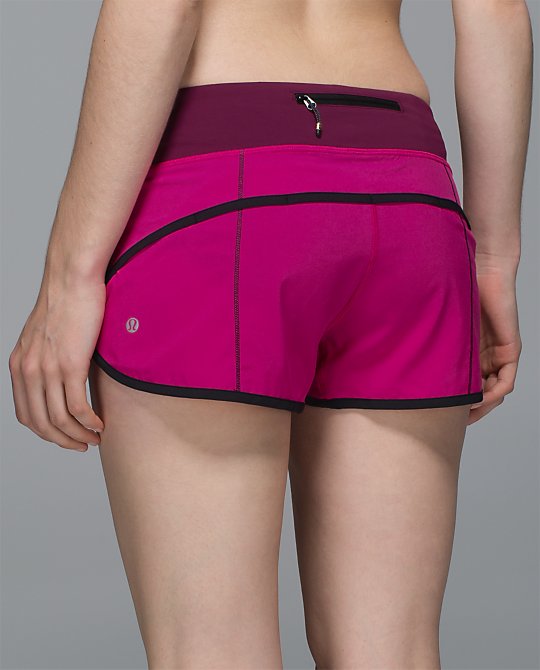 Jeweled magenta speed shorts are in the US and Canada. 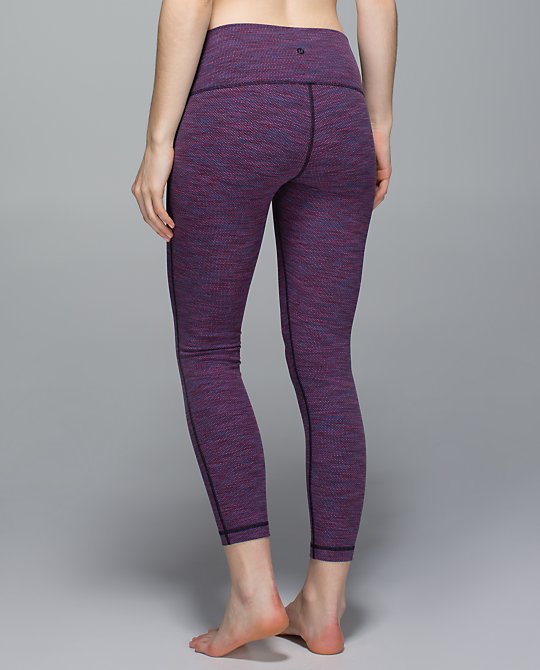 Another surprise: the new diamond jacquard jeweled magenta texture is on high times pants.  These are in the US only, though Canada got the wunder under crop version.  It’s a little odd that they would do both, since they are very close in length and both high rise.  It’s also a little late in the season for textures, so it’ll be interesting to see how these sell. 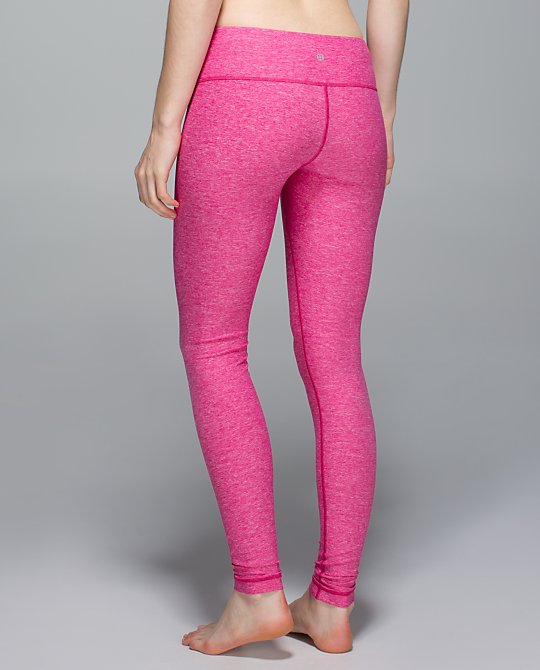 Heathered jeweled magenta wunder under pants uploaded, in addition to the crop version.  As I mentioned in another post, reports so far say they’re sheer.  No 2 or 12 in the pants. 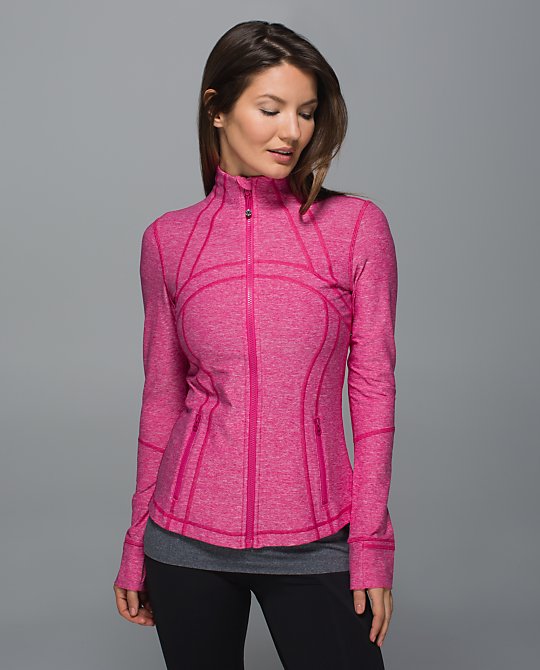 The heathered jeweled magenta define jacket uploaded on both sides, but no sign of poseidon yet. 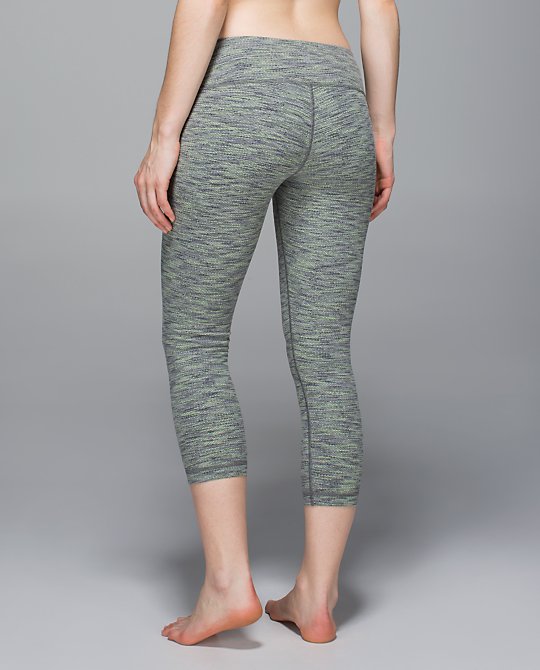 I was surprised to see the diamond jacquard slate/clarity yellow WUC on the US side today.  No size 2 in this. 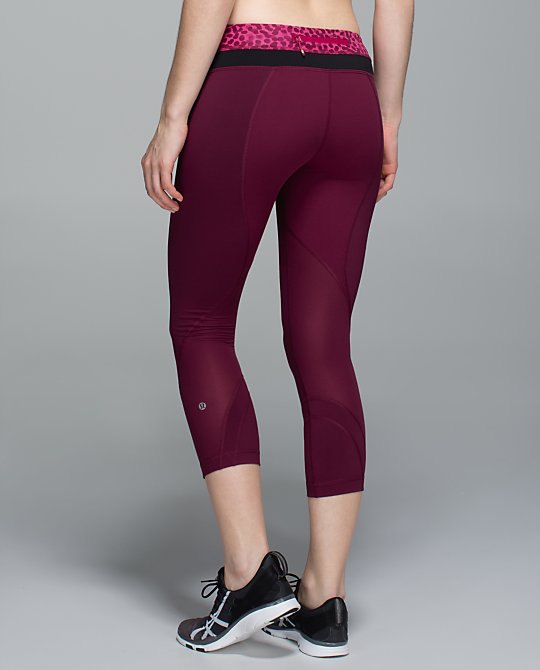 The dashing purple inspire crops in the US aren’t available in a 2 or 12.  Weak, lulu. 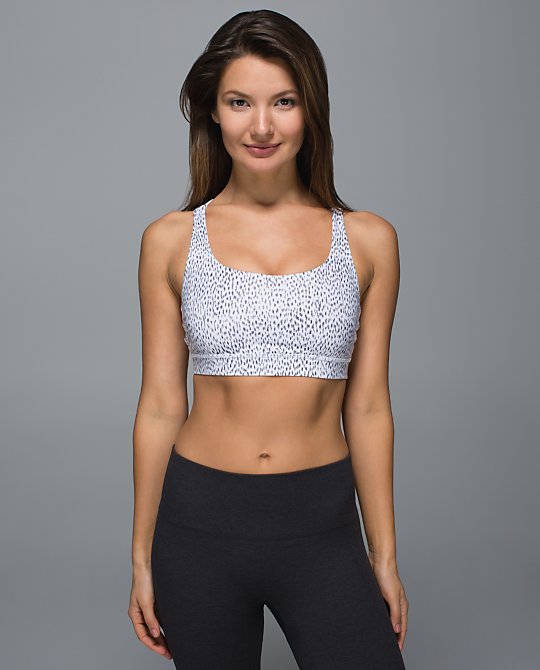 Dottie dash energy bra for the US.  I was sad there was no jeweled magenta energy bra on our side, just for Canada.  The US also got crosscourt petal and ace spot. 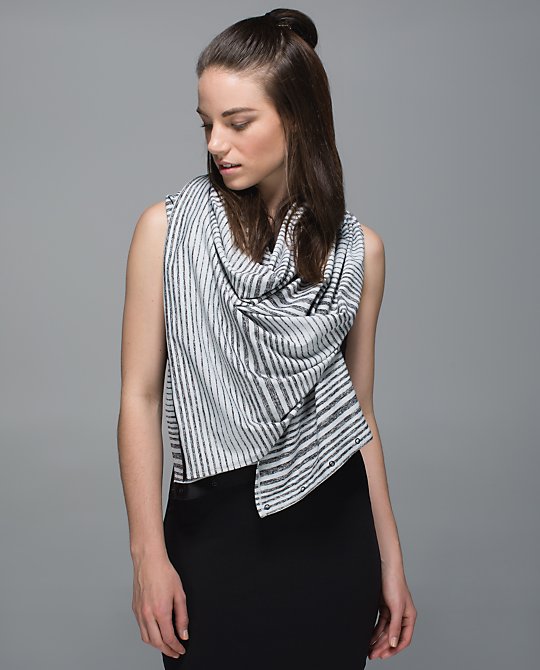 After sightings in Canada stores a couple weeks ago, the mini akido stripe vinyasa uploaded, but still only in Canada. 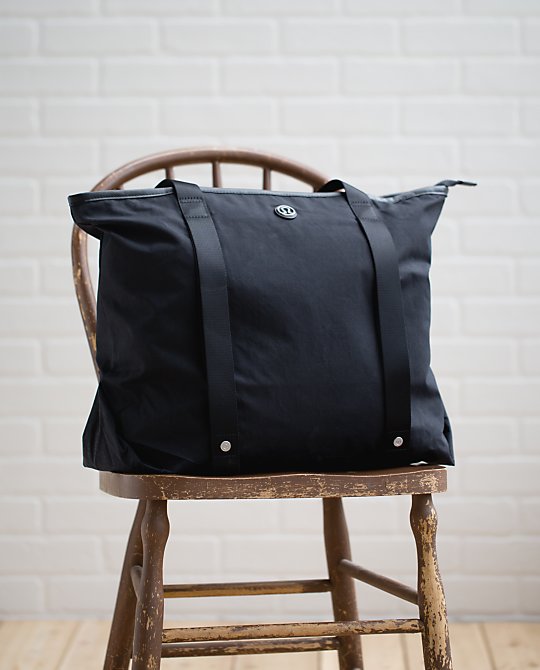 New summer lovin’ tote.  I believe this is in stores as well.  US only right now.

– Buffalo check regal plum/electric coral run all day backpack in the US.  I’ve decided to pass on this one for sure, albeit somewhat reluctantly.

– Peach fuzz free to be wild bra in Canada.  US got dottie dash, ace spot, and heathered jeweled magenta.

– Party om bag uploaded to Canada in black and gradient zig zag.  Just black in the US.

– Fatigue dottie dash inspire crops on both sides.  Diamond palm also uploaded to the US.

– Random drop of bordeaux drama in the flow crops on the Canada side.  Bordeaux drama has appeared sporadically for a couple weeks now.

– The dancing warrior tank is in the US in 3 colors.

– The name of the new black print on the all you need bra is scratch match.  The bra is Canada only right now.

– The scratch match print did show up on top speed crops in the US, though.

– The city kick it pants are in herringbone in Canada now.  I sound like a broken record in this post, but I’m again surprised to see a fall/winter texture still showing up in what’s now the official summer season.

– As we were promised, the iris flower ebb to street tank is now on the Canada side.

– No race to win run hat in the new prints from earlier today.