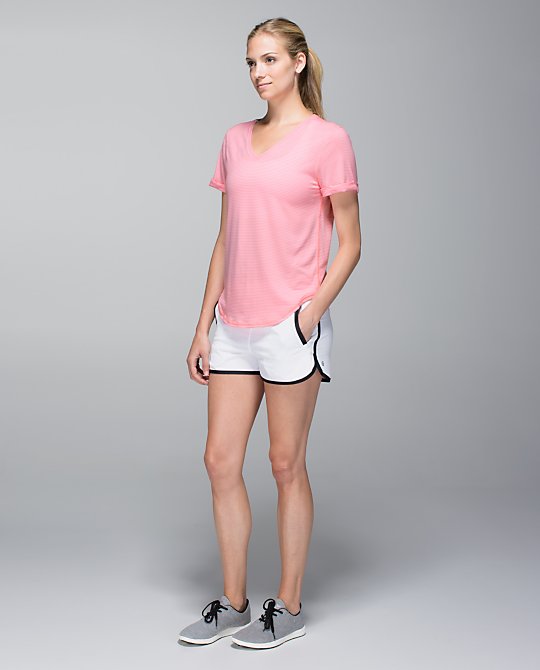 New silverescent BFT.  BFT = boyfriend tee.  It has a curved hem, cuffed sleeves, and a v-neck. 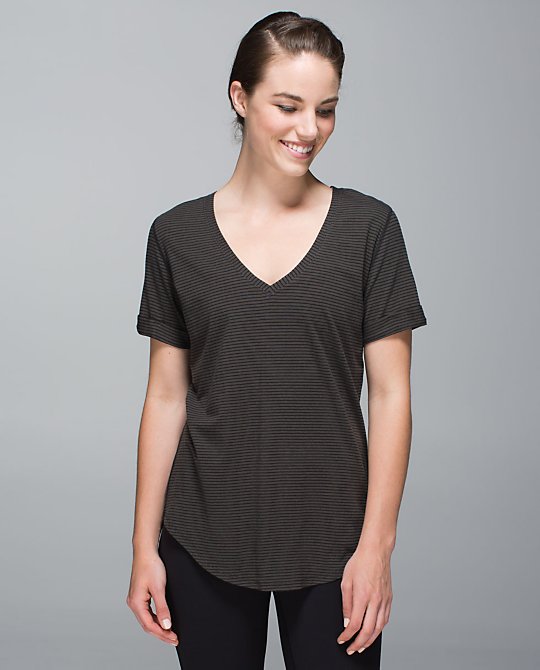 The love tee looks virtually identical to the BFT, except that it’s made of vitasea instead of silverescent. 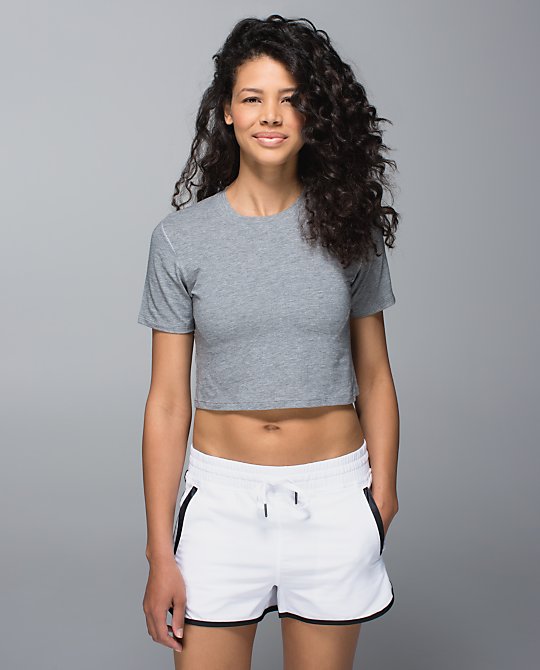 New ok hi tee.  Made of vitasea but doesn’t look like much of anything special beyond just a cropped tee with some seaming details. 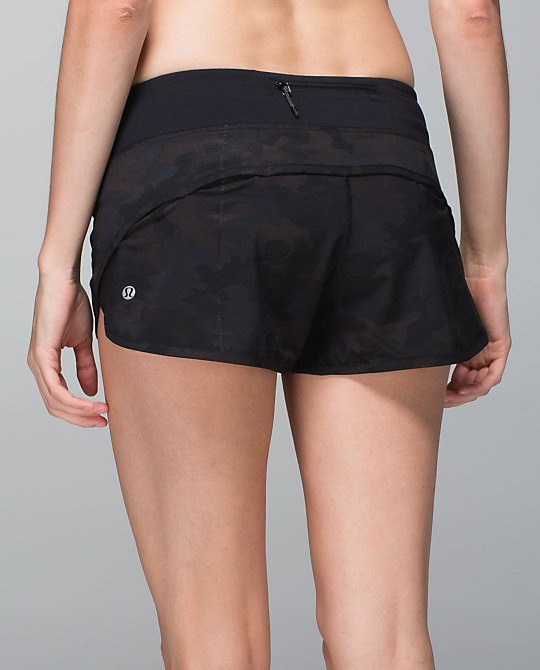 Black camo speed shorts went up to both Canada and US.  No size 2, so I’m glad I wasn’t interested in these or I would’ve been quite disappointed.  People are saying that the camo is very subtle in real life.  The wee wheezy speeds were uploaded to the US side (Canada got them last week).  Both sides also got the spray dye bruised berry speeds from weeks ago. 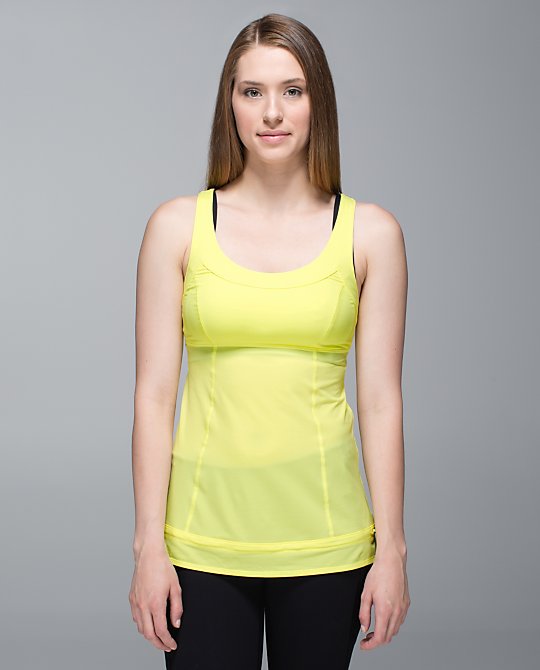 This sheer lemon ta ta topper was one of many sheer lemon items to be uploaded (and a few items in zest, the lighter version of the color).  Most of the items were basics: energy bra, flow y bra, 105F singlet, swiftly racerback… 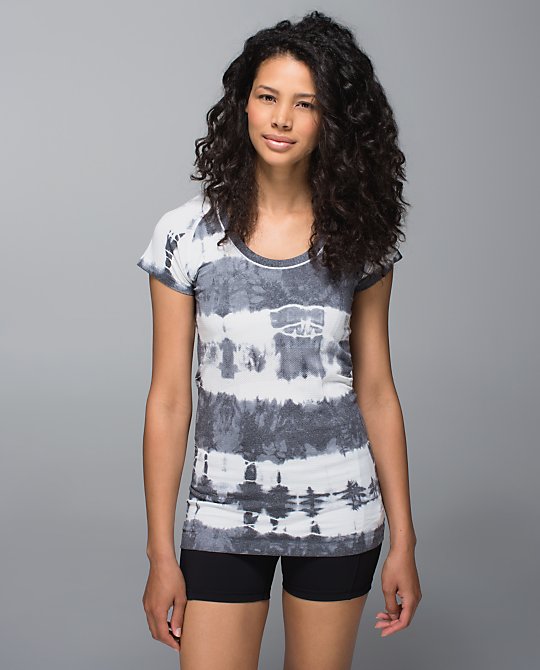 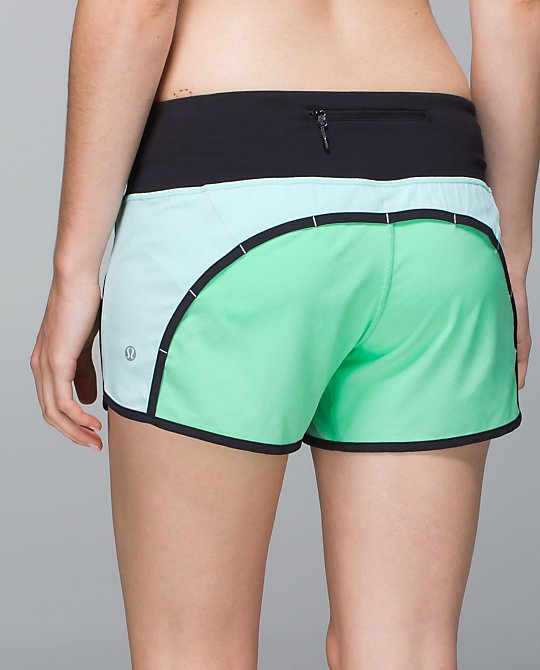 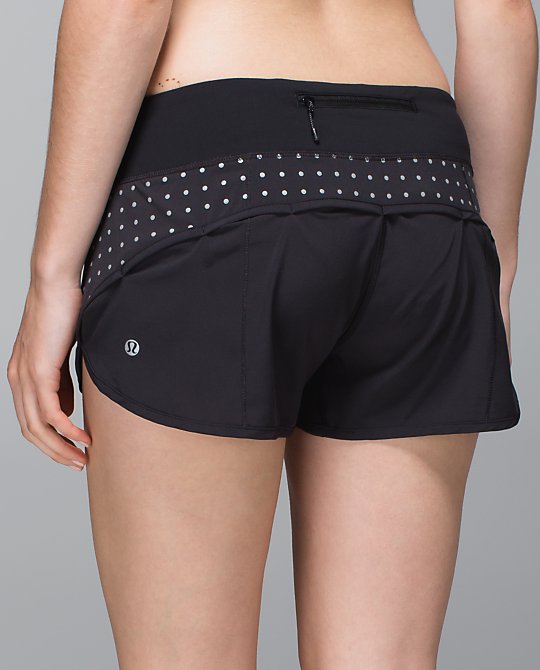 The reflective speeds were uploaded to Canada but not US. 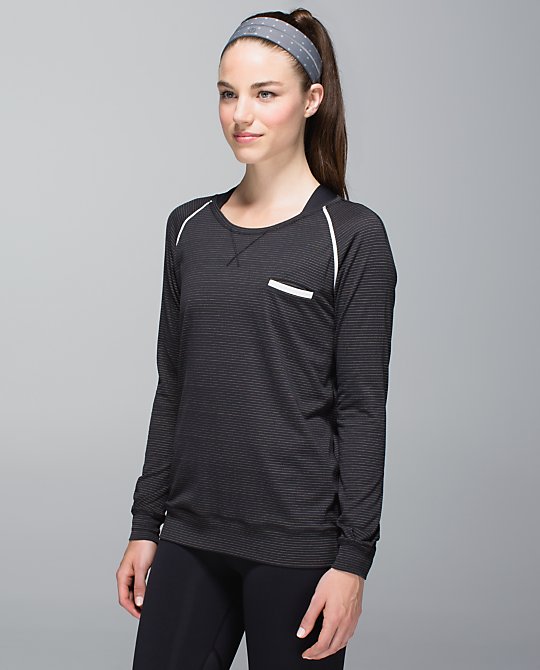 This picture is from the luxtreme fly away tamer: I spy a new LS top?  Looks like silverescent. 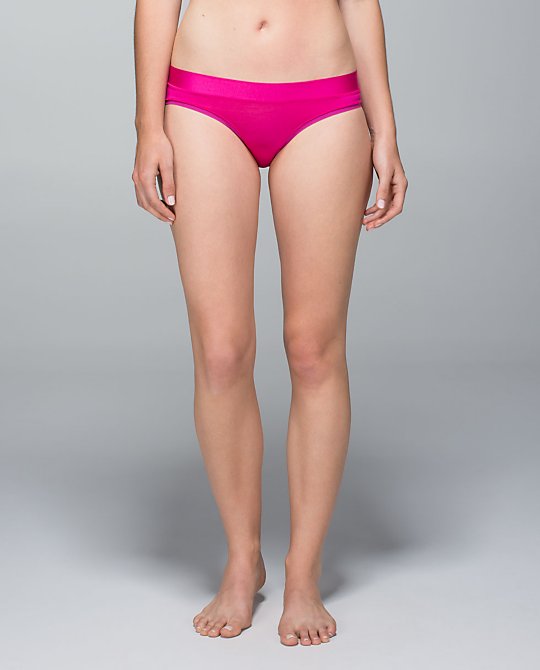 The only jeweled magenta to appear: undies!  It looks a lot like paris perfection, just a bit darker.  Note that this fabric (the mula bandhawear fabric) can sometimes make the colors appear a little lighter, so I expect that the color in luon/luxtreme will be slightly more jewel-y and darker.  This color definitely has potential.