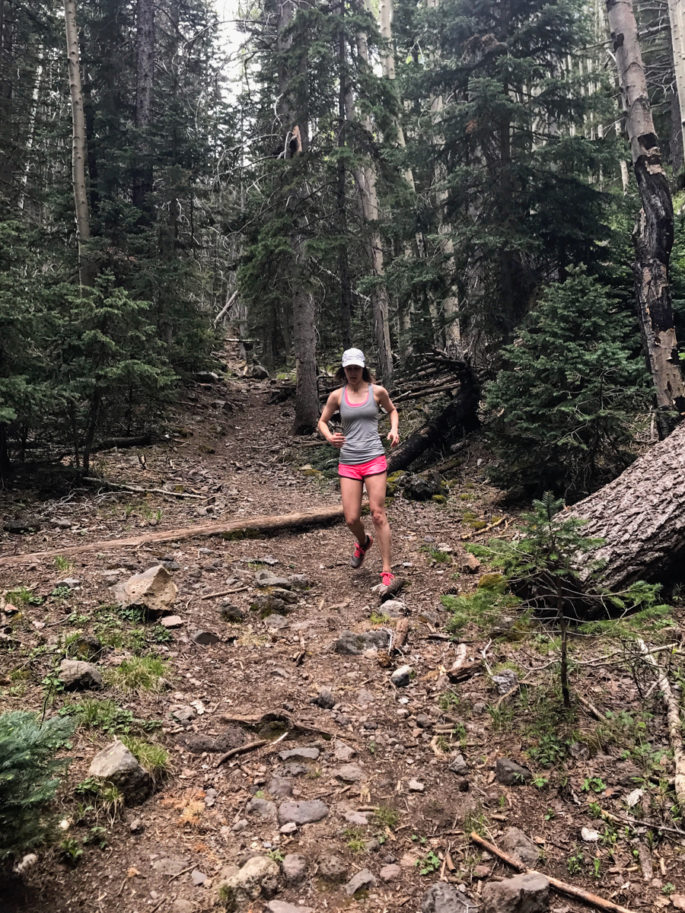 A couple of weeks ago in my post on taking a break from CrossFit, I mentioned briefly that I’ve been working toward a new goal.

This summer, I’m working on training for a half marathon.  But, the “why” behind it goes a little bit deeper than just checking off the box of fitness accomplishments.  Here’s why I decided to take it on.

My struggles with running

Almost every memory I have of running is pure misery.

The very first CrossFit workout I ever tried involved three 800-meter runs with bodyweight movements in between.  It was cold outside and the air felt like knives in my lungs.  By the time I finished the workout, I was lying on the floor, nauseated, light-headed, chest burning, feeling like I was going to puke, pass out, or die.  I had to lay there for a solid 20 minutes before I had the wherewithal to drive home.

The next time I tried a CrossFit workout that involved running, I insisted on using the rower instead.  The coach was skeptical at first, but I said, no really, I can’t run.  After a couple of weeks, I sheepishly mustered the courage to run the 400-meter and 800-meter runs in the workouts instead of slog away on the rowing machine, and found a way to finish them without feeling like I was knocking on death’s door.

Despite being an active person for nearly my whole life, running has always seemed just out of reach to me.  I’ve often felt that regardless of how fit I am in other areas, running (and most other forms of hardcore cardio) never gets easier.  It’s always felt like running beats me.

In search of a full breath

Although I’m sure a lot of my “I can’t run” feeling is a mental block, it has a physical component, too.

When I was about 12 years old, I developed trouble breathing.  For some mysterious reason, I regularly found that I couldn’t take a full breath anymore.  I’d start to breathe, only to get “stuck” with about 3/4 of a breath.  I’d sit there trying and trying to get that last bit of air, only managing a full breath that felt right once out of every 5 or 10 times.  The phenomenon seemed to come and go, sometimes appearing at rest but virtually always becoming a problem with exertion.

In the intervening 15+ years, it’s faded at times, but never quite gone away.  I still experience that tight-chest feeling at unexplained intervals, sometimes while sitting at my desk and other times while I’m doing something active.  I’ve seen numerous doctors and tried all kinds of strategies, from food exclusion diets to chiropractic care to fish oil to an inhaler.  I’ve had pulmonary function tests, blood work, x-rays, and even visited a specialist at a prestigious pulmonology clinic, all turning up nothing.

The unsolved mystery that is my breathing issue is one of my major struggles as an athlete, both mentally and physically.  I’ve learned a lot about my limits and the warning signs that I shouldn’t ignore.  But no matter how hard I train, no matter how strong I get, I always feel limited by the fact that I can’t seem to breathe normally.

With that in mind, being even a casual endurance athlete has always felt decidedly off-limits.  When I talk to people about things as simple as enjoying running or as grand as completing an Ironman triathlon, I feel a twinge of jealousy and sadness.  I think to myself, “I wish I could do that, but I could never.”  “I wish I could take up [fitness hobby] and enjoy it, but I can’t.”  “I wish I was ‘normal’ and not such a mediocre athlete.”

There’s all manner of quotes, memes, and people out there to tell you that you have no limits, there are no excuses, and so on.  But truthfully, that’s a very hard thing to internalize.  The trouble is, sometimes delving into that territory also means confronting the brutal truth that yes, maybe you really do kind of suck at something.  Maybe it really is 10x harder for you to do it because of some physical limitation you have.  Maybe you have to adapt and accept that you’re doing your best, even if it doesn’t look like going to the Olympics or winning your age group in every race.  Inspirational quotes aside, that can be a hard pill to swallow.

My 3+ years of CrossFit training included a modest amount of short-distance running, and over time, I started to notice that I gradually became more comfortable with my runs.  I learned to find a pace where I could complete my short runs and still feel ok for the next movement.  Once, when the workout of the day was simply “run a 5k”, I stunned myself when I actually managed to complete the course at an appropriate pace with no walk breaks.

Another time, I experimented with running a mile at altitude (I live at 7000′) versus sea level and comparing my times.  I chose running because it was the one thing I could do while on my vacation at sea level, and I wanted to quantify the effects of altitude training.  On my final run at sea level, I pulled off a mind-blowing 7:44 mile.  For the first time in my life, I actually felt good while running.

The idea started to creep into my head that maybe I could learn to run.

I first got the idea to run a half a year or two ago.  The stubborn athlete in me wanted to do it just to prove to myself that I could.  There’s something very powerful in that notion that drives many of us as athletes: doing it just for the knowledge that you can.

Up to this point, the idea never quite came to fruition, because the timing was off or I had other things going on.  I knew if I wanted to tackle this goal, I’d need to set myself up for success as much as possible: nice weather, time to commit to it, etc.  So, this spring, when I was looking for a new workout routine right as the weather was getting nice, I knew what I had to do. 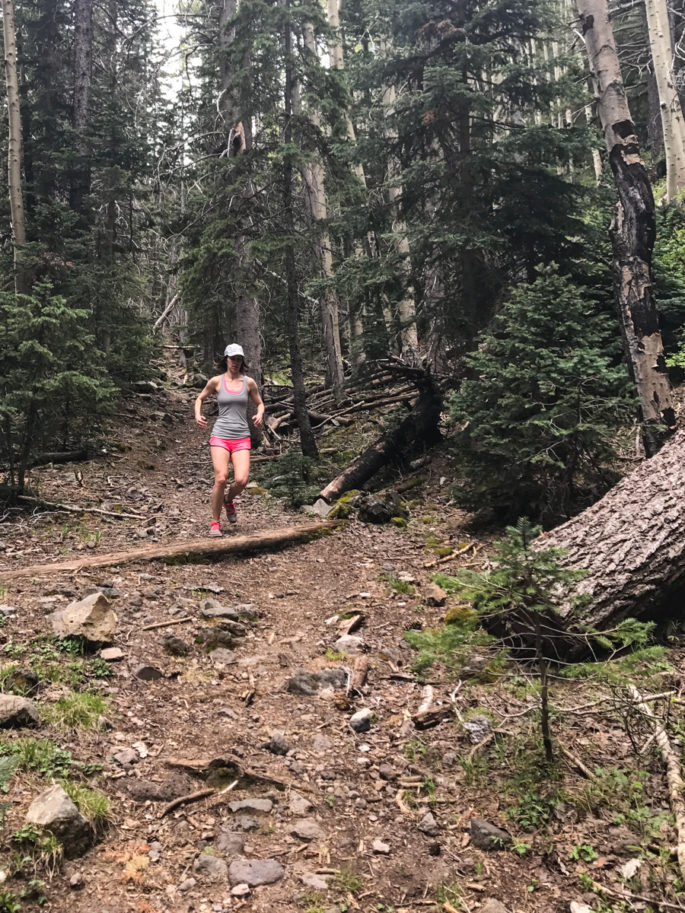 I’m currently working with a running coach who wrote me a personalized training plan based on my abilities and goals.  Working with a running coach goes back to setting myself up for success.  Having someone know exactly what I need, someone to run with me and provide encouragement, and someone to help me adapt my routine instead of using a generic plan from the internet gives me more confidence.

I started training at the beginning of May, so I’ve been running on the regular for about a month now.  I typically run 4x a week, with other workouts sprinkled in like strength training and aerial silks practice.  So far, I’ve worked my way up to nearly 6 miles without walk breaks.  I mostly do road running, but with the extensive trail systems where I live, I usually end up on a trail for at least one of my weekend runs.

My first race is a 5k toward the end of this month.  After that, I’m planning to do more races throughout July and August, including another 5k, 10k, and tentatively a 15k.

As far as the actual half is concerned, I haven’t chosen a race yet, but I’m planning to do one sometime in September or October.  These are the events on my short list, but if you have one in the southwest that you’d recommend (or NOT recommend), feel free to let me know.

Despite my troubled history with running, training has been going very well so far.  My runs have largely been very therapeutic for my stress levels and satisfyingly challenging.  I’m looking forward to seeing what the rest of my summer training holds, and of course, crossing that finish line.

Still working on finding all the right gear, especially as my runs get longer, but these are my standbys so far.