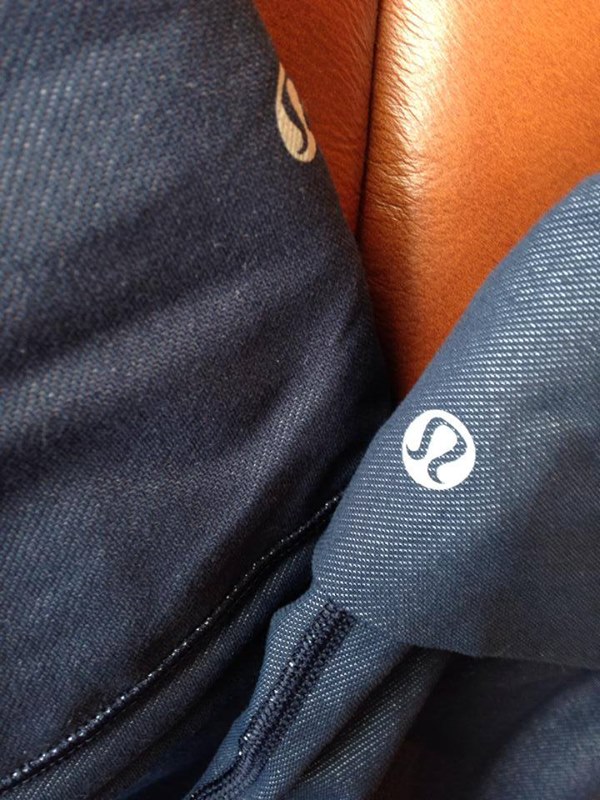 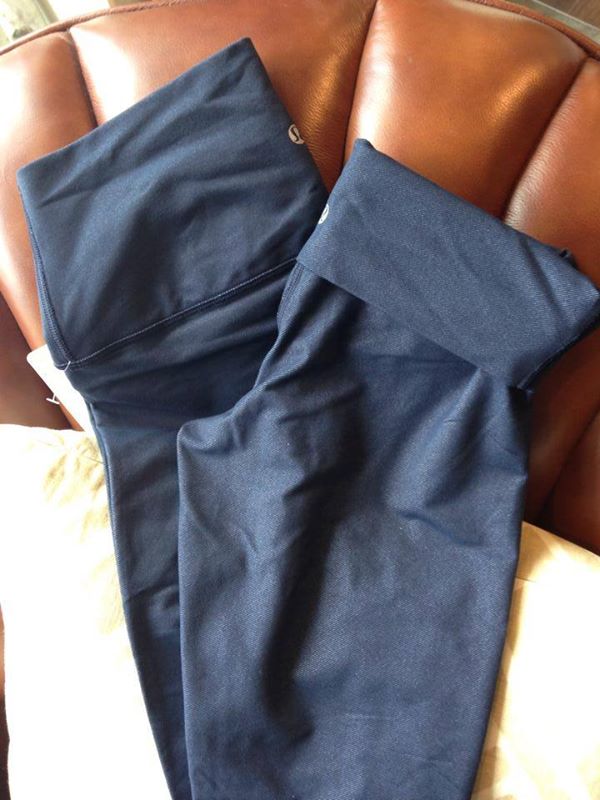 We need to talk about these pants.  These aren’t just denim textured wunder under pants–you know, like the milky ways and the camos and the other prints that they’ve been making denim so they’re not slick messes of sheer polyester crap. (Which, on the whole, is probably a positive.) These pants have gone one step further.

And that makes them JEGGINGS, straight-up.

Do people even wear jeggings anymore?  I feel like they’re a bit past their prime.  I don’t mean skinny jeans with stretch (which are legitimately lovely), I mean the shameless kind that aren’t even trying to be jeans, they’re just leggings with a vague print resembling denim, like a half-hearted effort to be “socially acceptable leggings” which generally makes the whole endeavor a lot worse than if you’d just worn cute leggings in the first place.  Of course these have a somewhat classier look than most jeggings, but…you can’t escape the fact that they’re still faux denim that are simultaneously definitely leggings, which I find rather awkward and kind of makes them not quiiiite fit in at yoga *or* out to dinner.

Also, particularly with the high waist, the whole thing seems a little American Apparel to me.

Don’t get me wrong, I’m sure people will wear these and they will look cute.  I’m sure they’re comfier and generally more well-executed than 98% of the jeggings out there.  Not my jam. 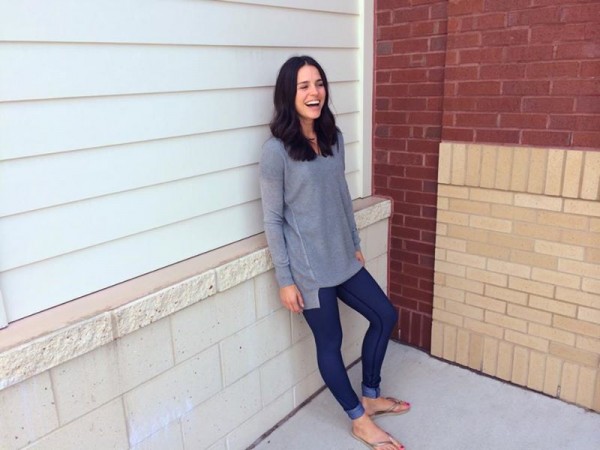 Anyway, now that we’ve got that out of the way, floral platoon wunder under pants are back in stores for another go-round: 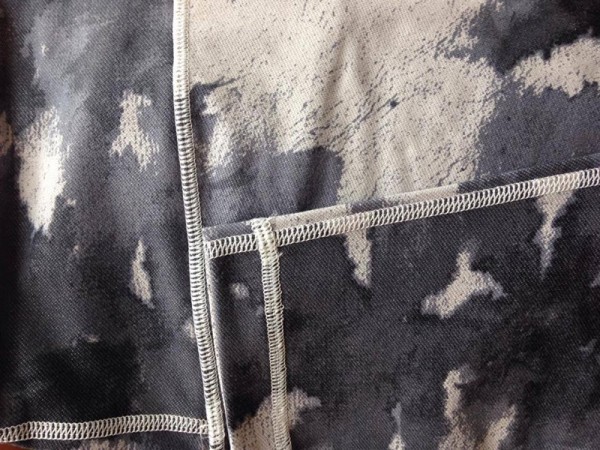 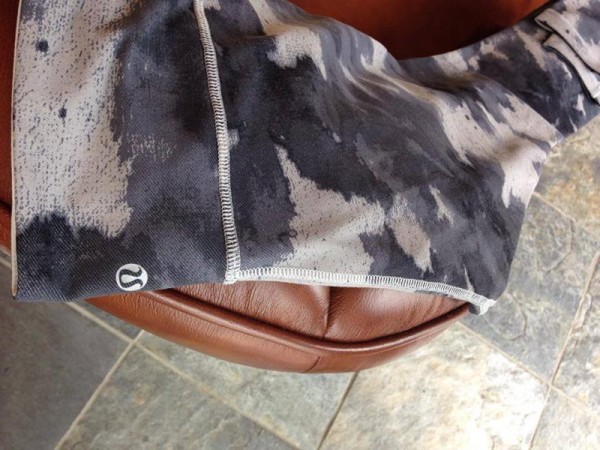 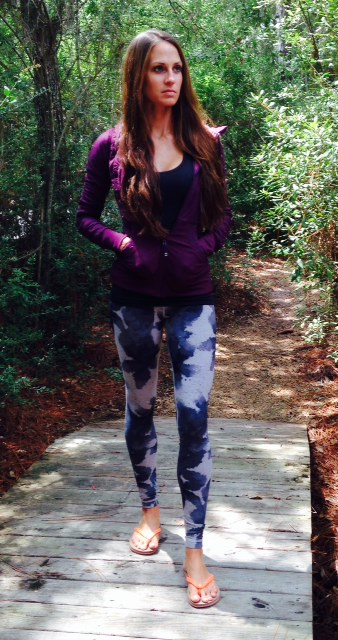 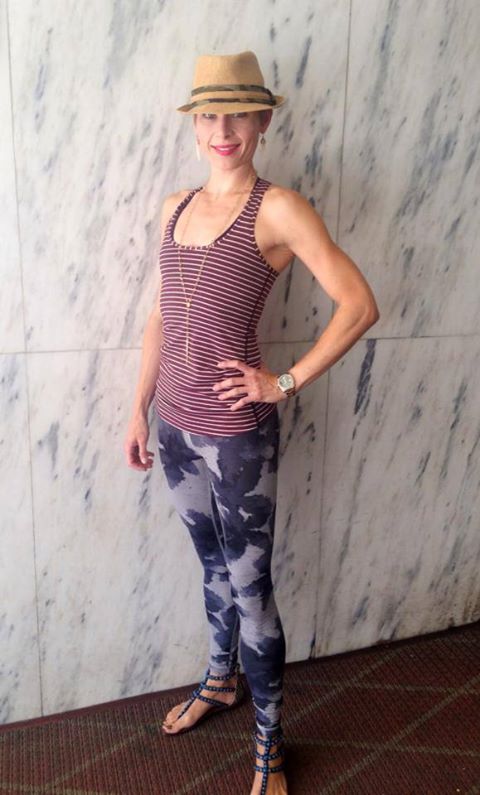 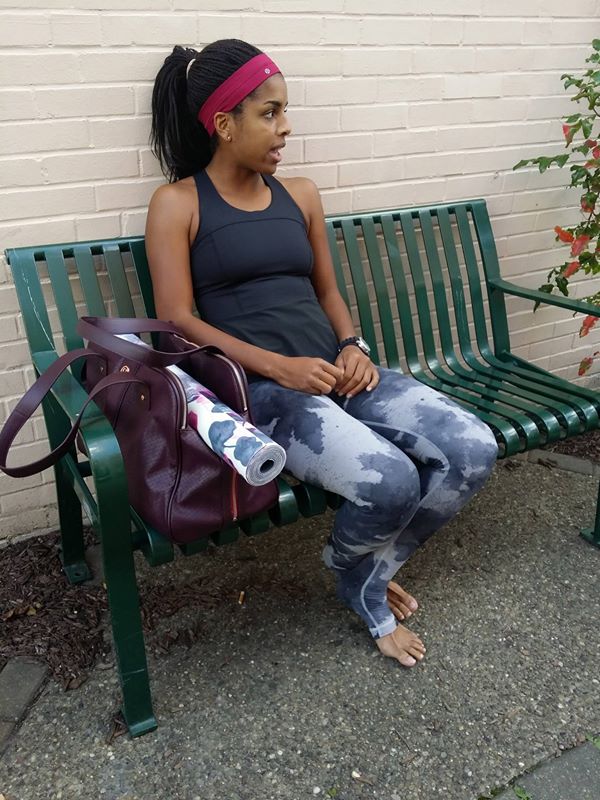 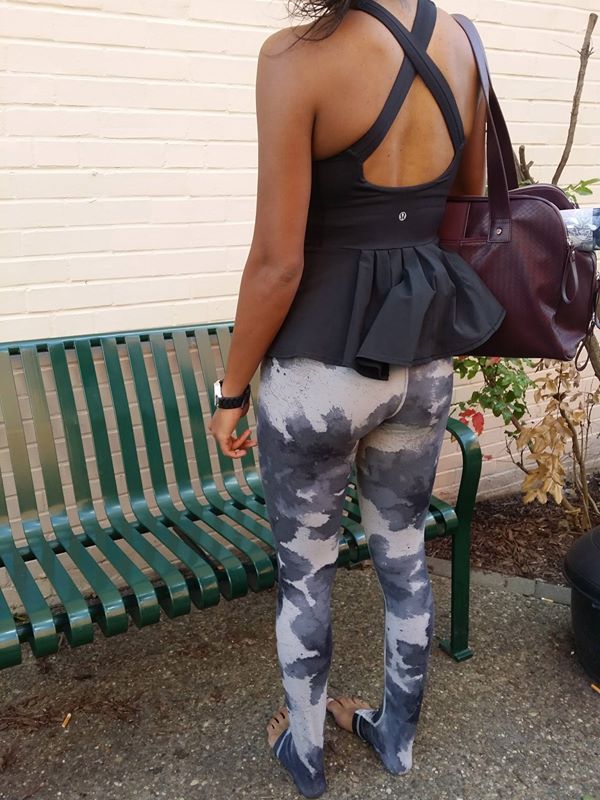 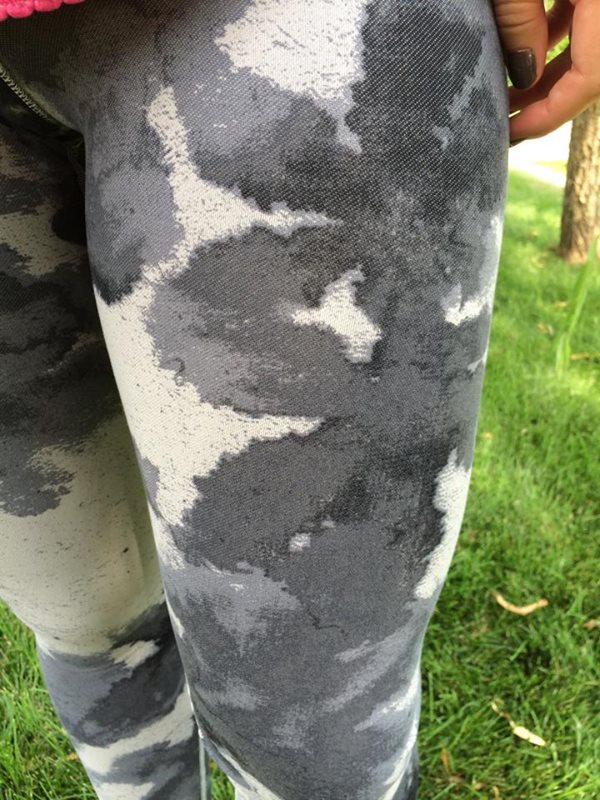 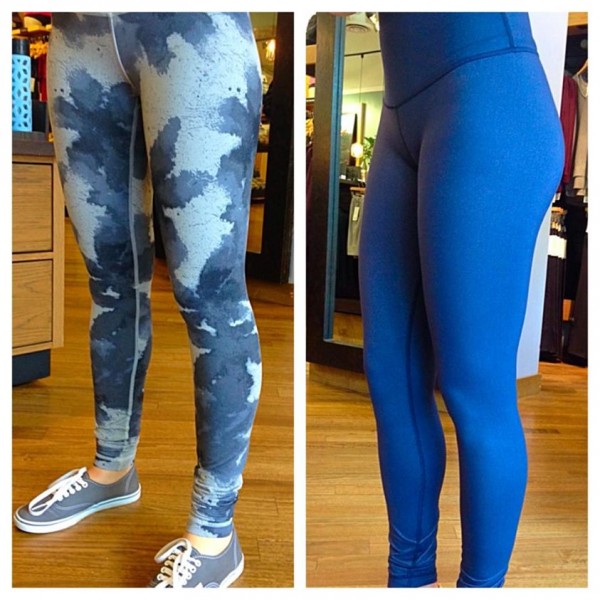 Floral platoon and another pic of the denim rolldown wunder under pants. [Lululemon Clarendon] 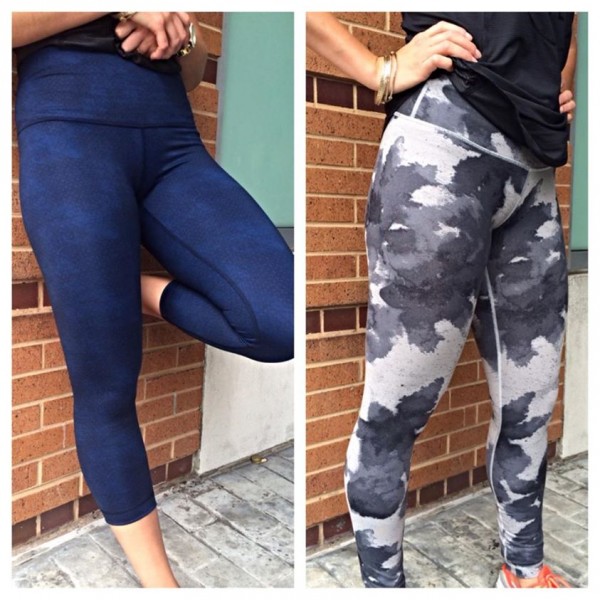 Sashico cross rolldown wunder under pants (the luon ones) are in stores also. [Lululemon Logan Circle] 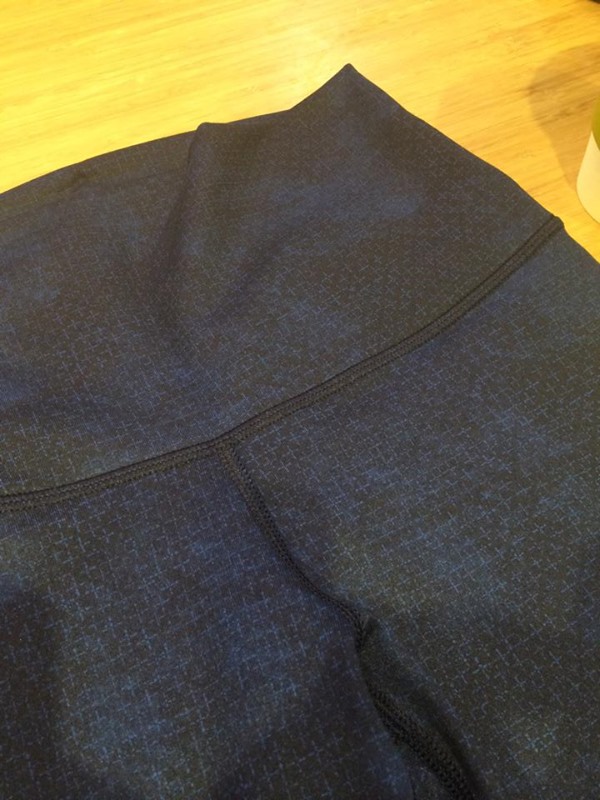 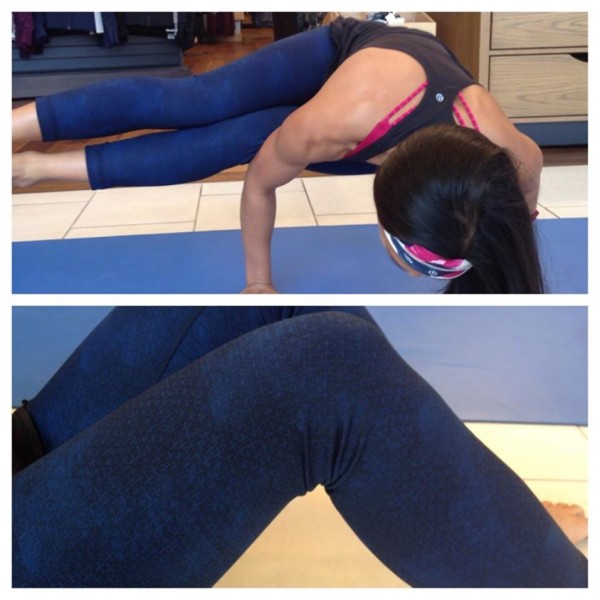 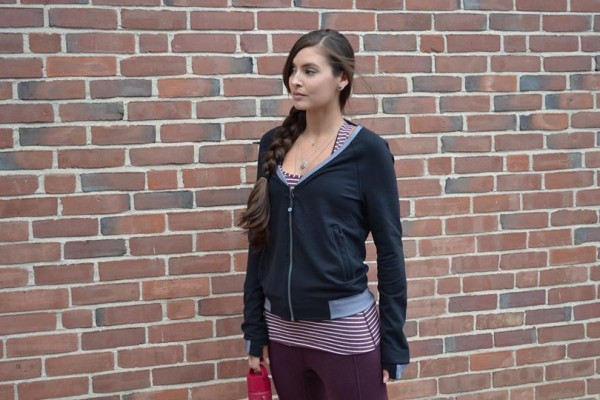 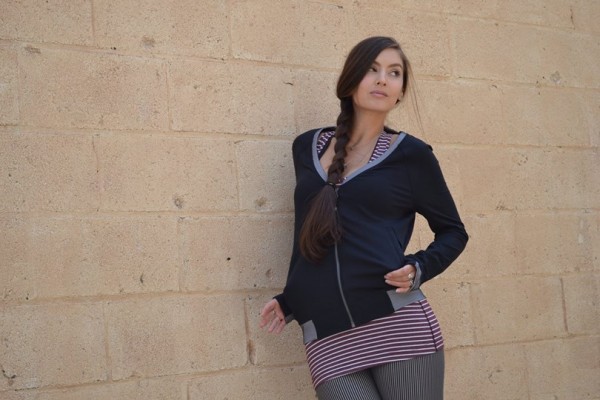 Bonus!  Black h’om run jacket, since we never really did see pics of this in black. [Lululemon Westport]