Yogasmoga has released a few new items and a couple new colors for spring, including a deep wine red (klarit red), a coral (corallion), and a teal (verdi). 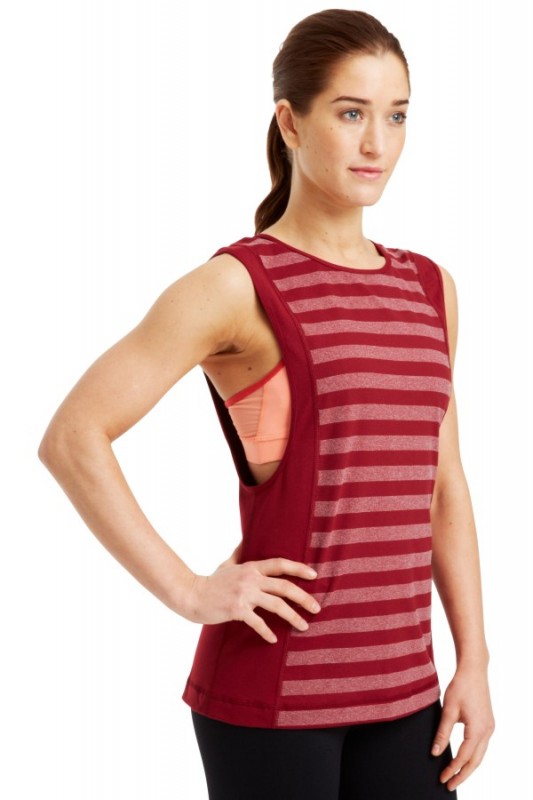 The XOX tee is a muscle-style tee with stripes in the front, solid in the back.  Personally, I don’t care for the stripes. I absolutely love the klarit red, though, and am dying for something in that color, even though the rest of my activewear color palette doesn’t really suit that theme. :) 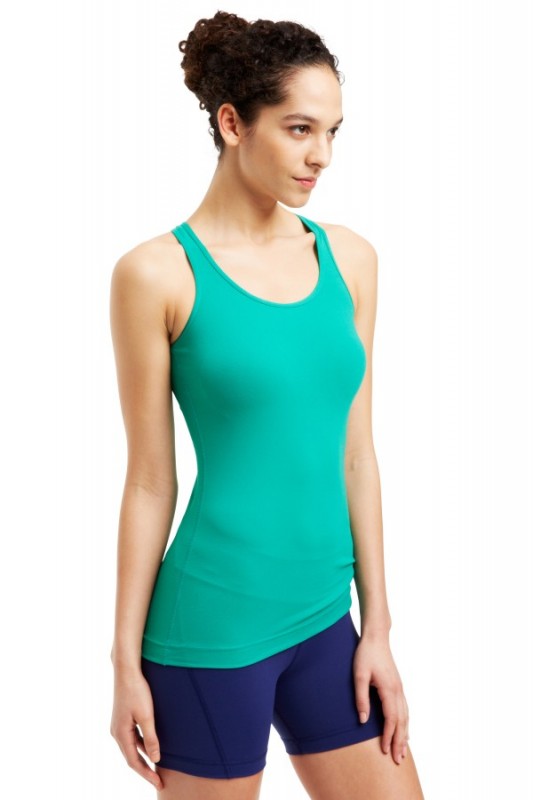 The My Racer Back seems to be a direct answer to lulu’s CRB (more similar than YS’s previously released Yantra tank).  This color, called verdi, looks a lot like bali breeze–I love it.  This tank also comes in a striped version (like the tee above, but stripes all over). 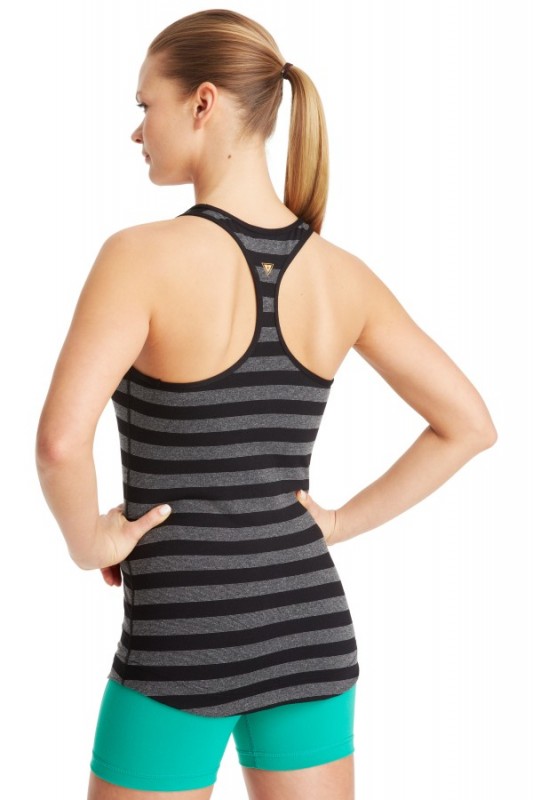 The striped version has a shaped hem, which is subtle and looks very flattering. I prefer this look to the really exaggerated shaping that lulu tends to do.  Alas, the non-striped racer does not have shaping. 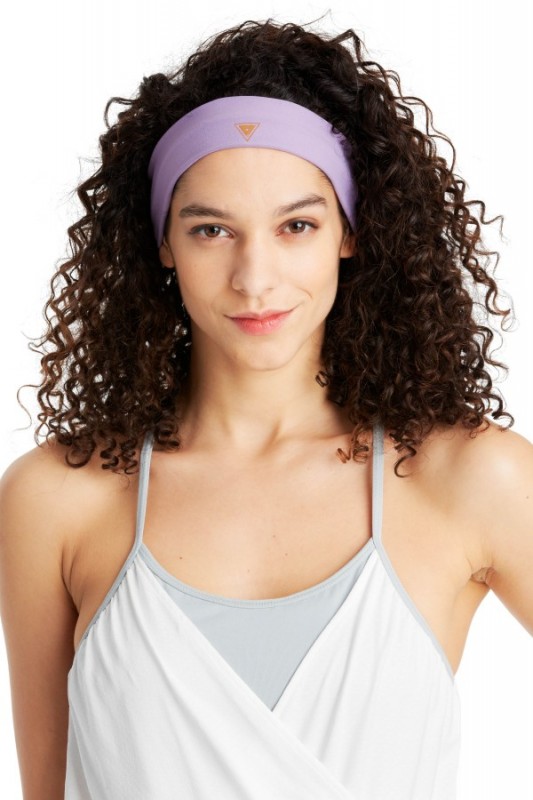 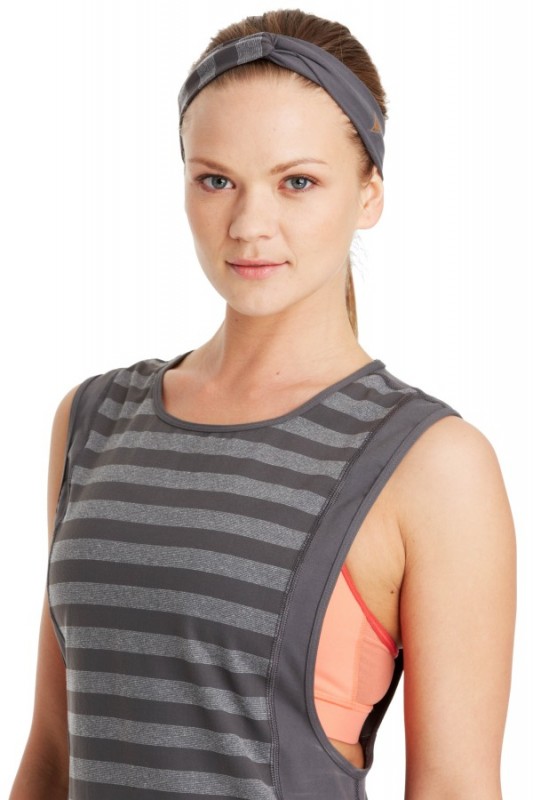 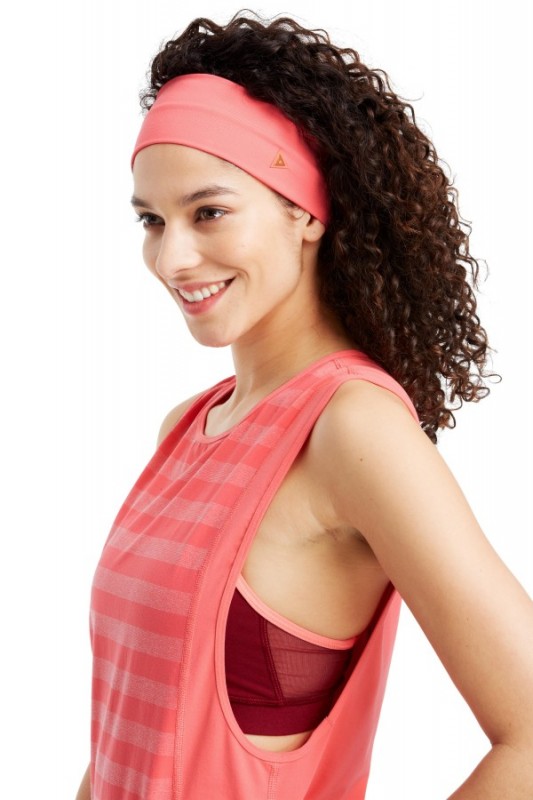 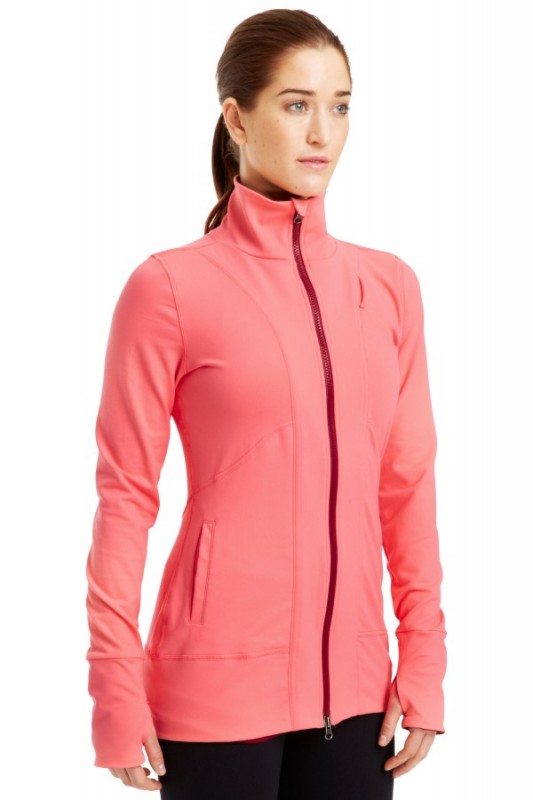 And finally, the Brooklyn jacket.  I LOVE this, and it looks like it might fit me better than lulu’s Nice Asana.  This is going on my wishlist for sure, probably in the gorgeous verdi. 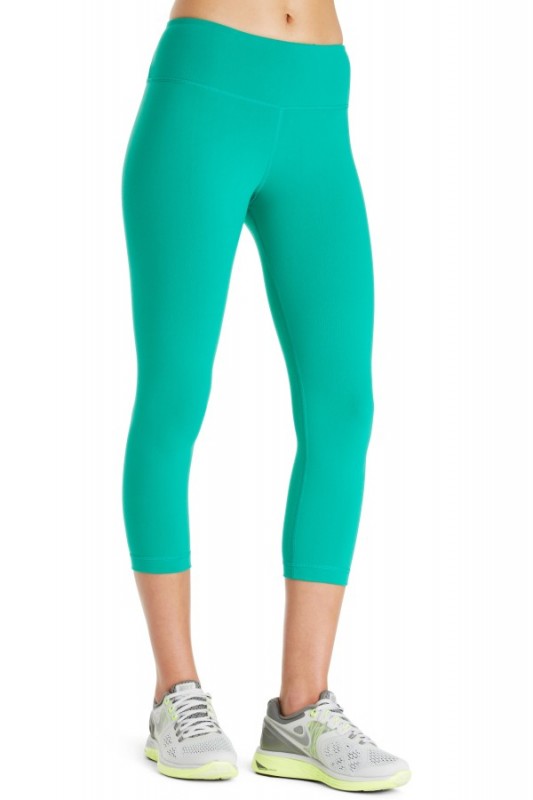 Lastly, klarit red and verdi were released in the Run Jump ‘N Play crop, which is similar to lulu’s WUC. [Updated: Carrie at Insightful Athlete posted a review of the klarit red.] I am LOVING the verdi–it looks similar to lulu’s recently released bali breeze.  Lulu only released bali breeze WUC in the high rise version (“roll down”), which isn’t my cup of tea, but I am dying to give these a try!  Perfect color for summer, and I am a sucker for anything in the teal family!