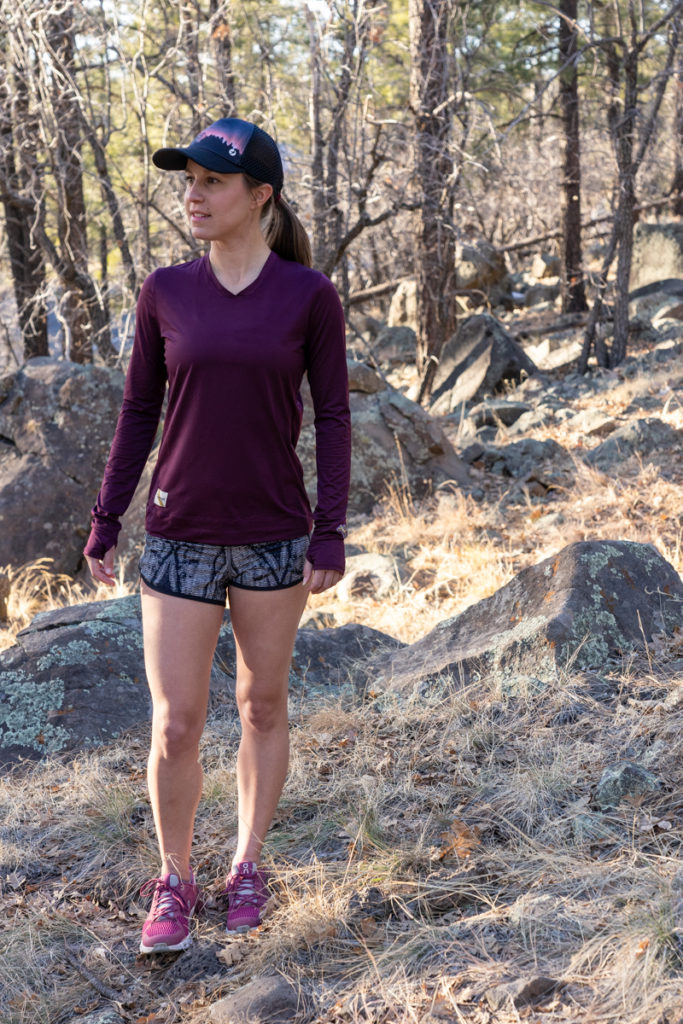 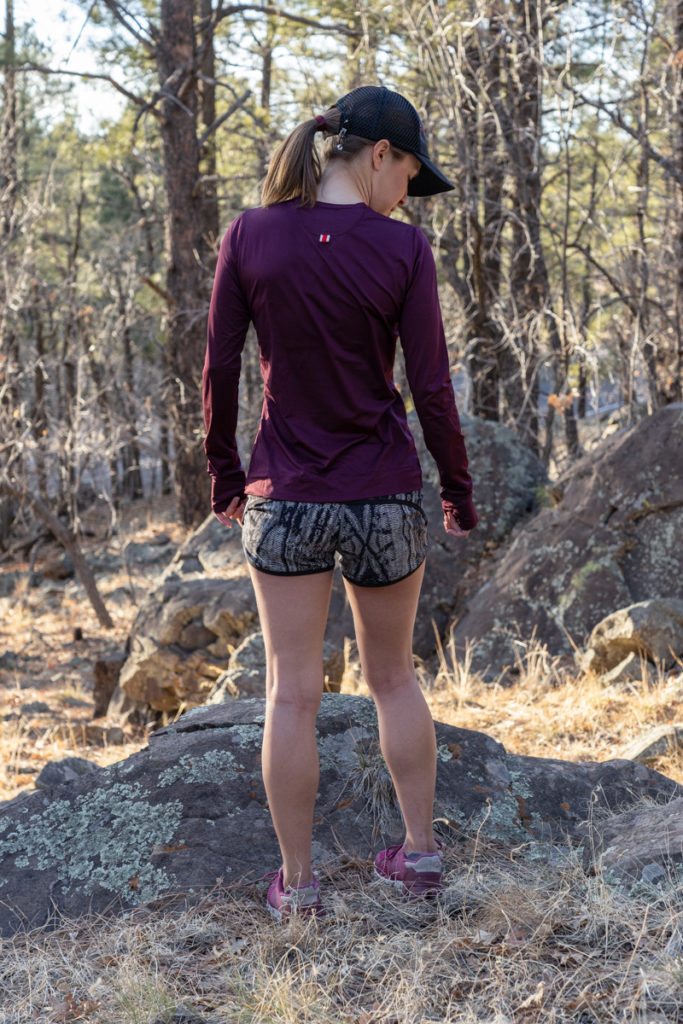 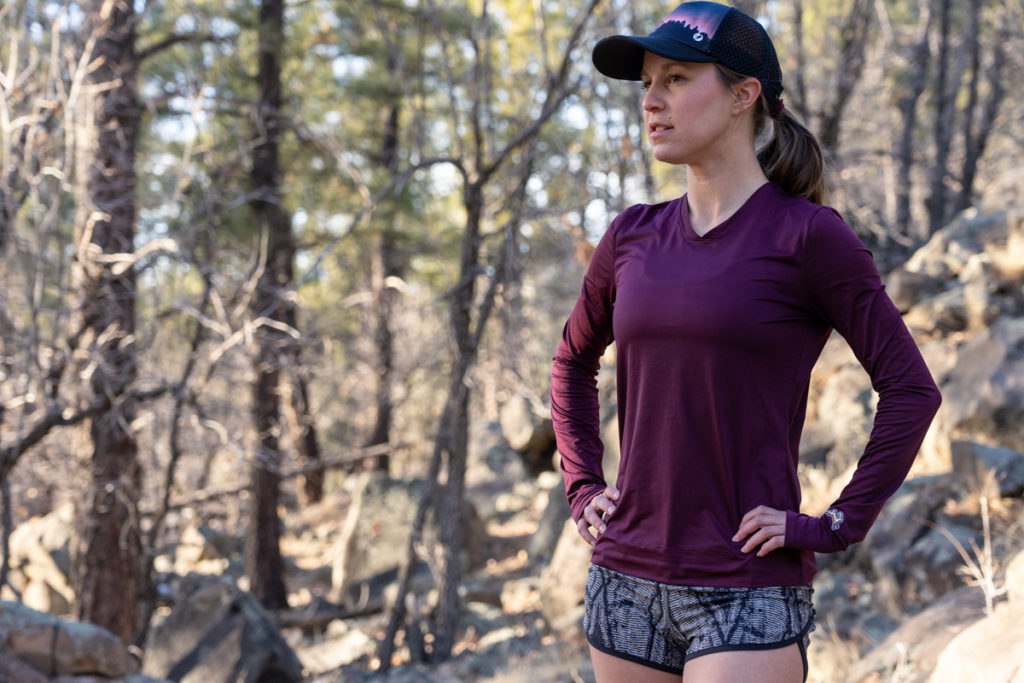 I’m wearing the twilight in XS, my usual Tracksmith size.  Most of Tracksmith’s tops tend to run a little small, but this one is cut roomier than my other Tracksmith long sleeves.  I also have the twilight tank, and when I laid the two on top of each other, I noticed the twilight LS is cut slightly larger through the body compared to the tank.  I suggest ordering your true size, but consider a size down if you are in between sizes or prefer a closer fit.  The fabric does have plenty of stretch to allow for some wiggle room with sizing. 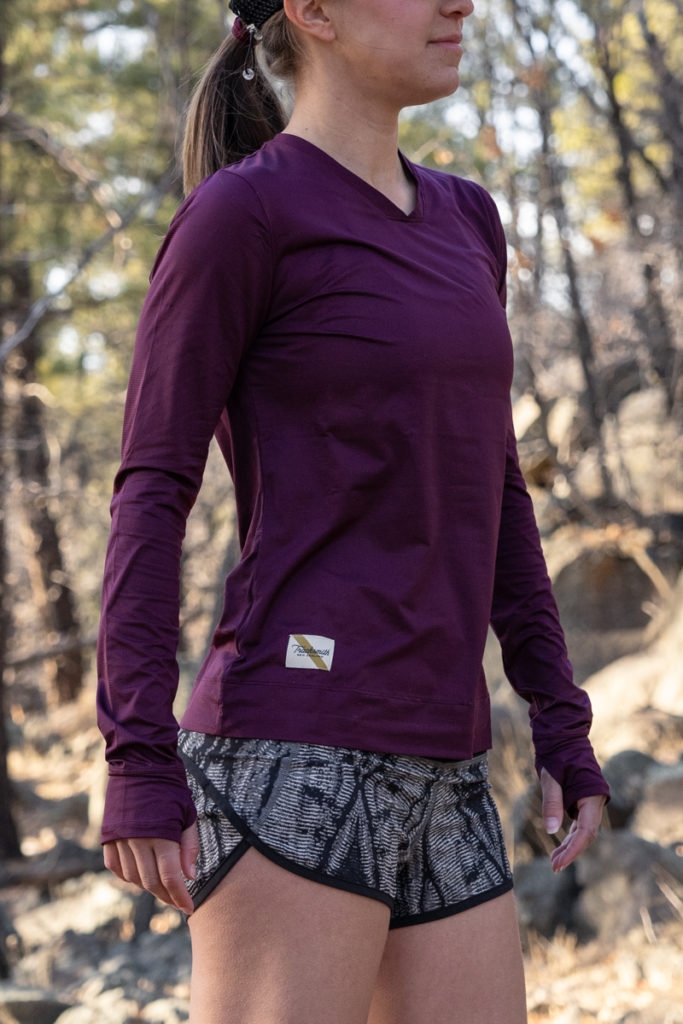 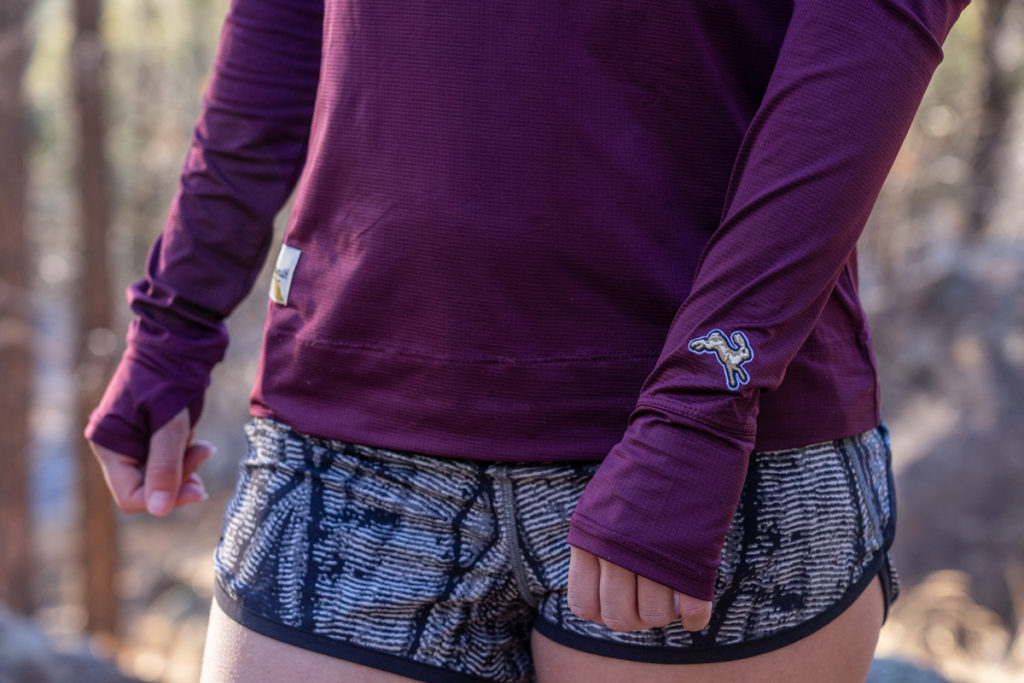 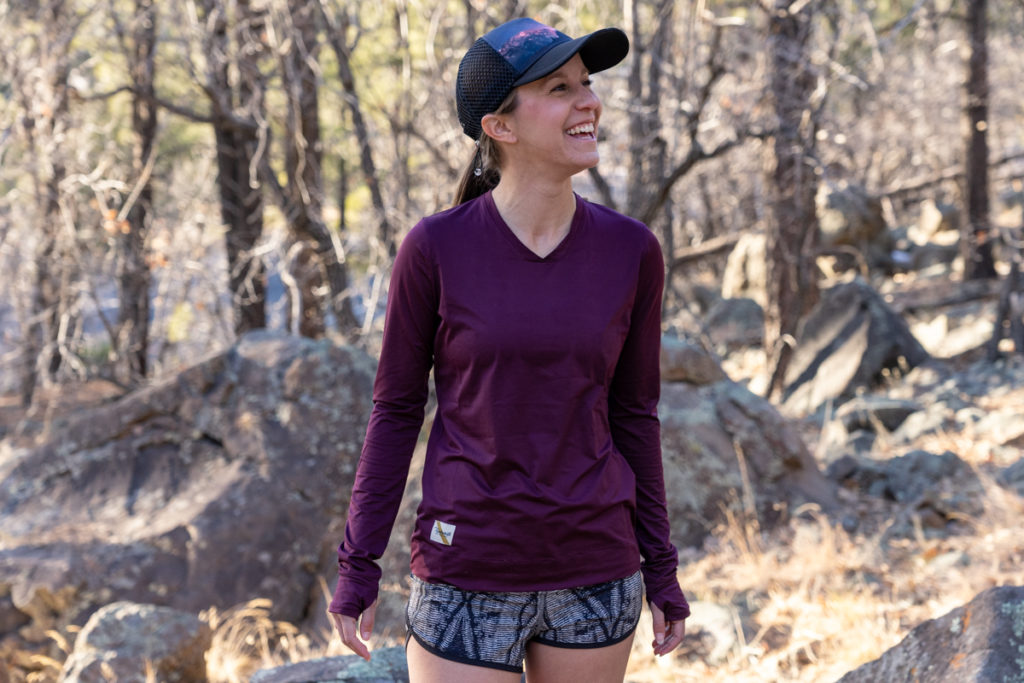 Within Tracksmith’s long sleeve lineup, the twilight is one of their fully synthetic styles.  The micro-mesh fabric is extremely lightweight, breathable, and feels silky to the touch.  Visually, it has a slight sheen to it.  Compared to the harrier LS and the brighton base layer, the twilight LS is the lightest option.  The micro-mesh fabric used for the twilight tops is similar in weight and warmth to their strata tank and long sleeve.  Unlike the strata, however, the twilight LS does not formally offer UPF protection.  The fabric weight is best for cool weather, but is not warm enough for the cold.  It’s a true shoulder season top, in my opinion.

Personally, I prefer to wear this tee on its own rather than layer anything over or under.  For layering, I prefer options like the brighton base layer (as the name suggests) or lululemon’s swiftly long sleeve. 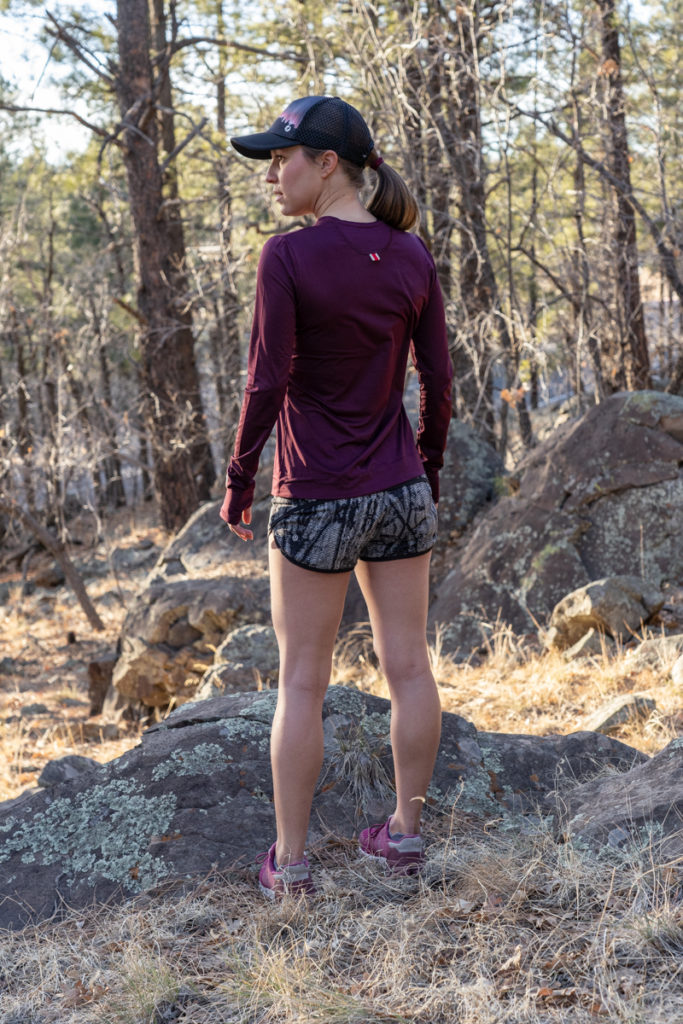 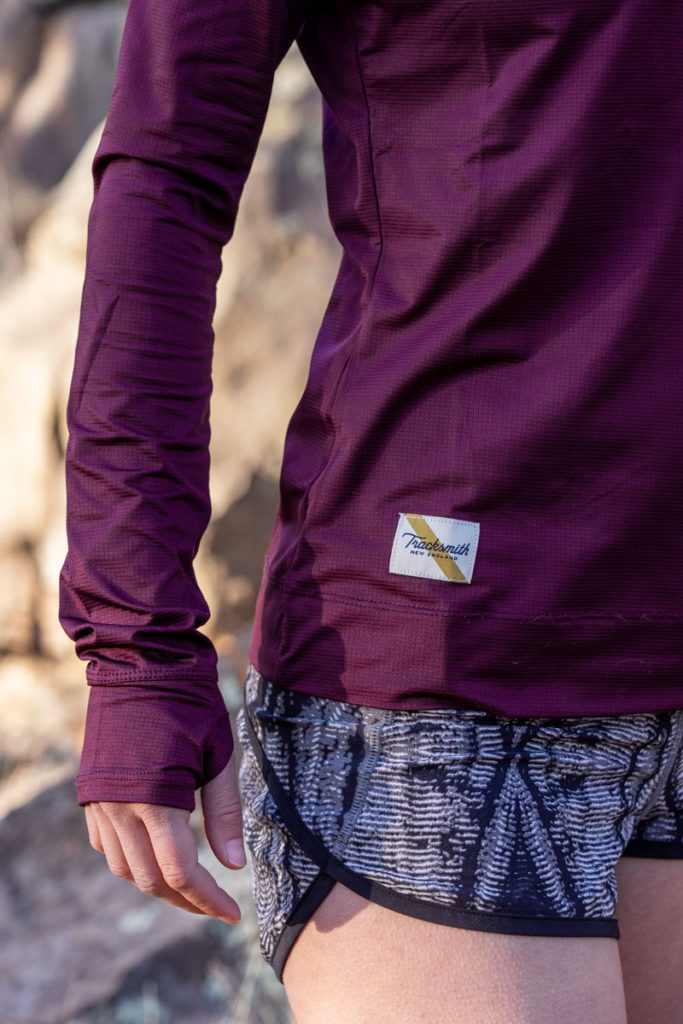 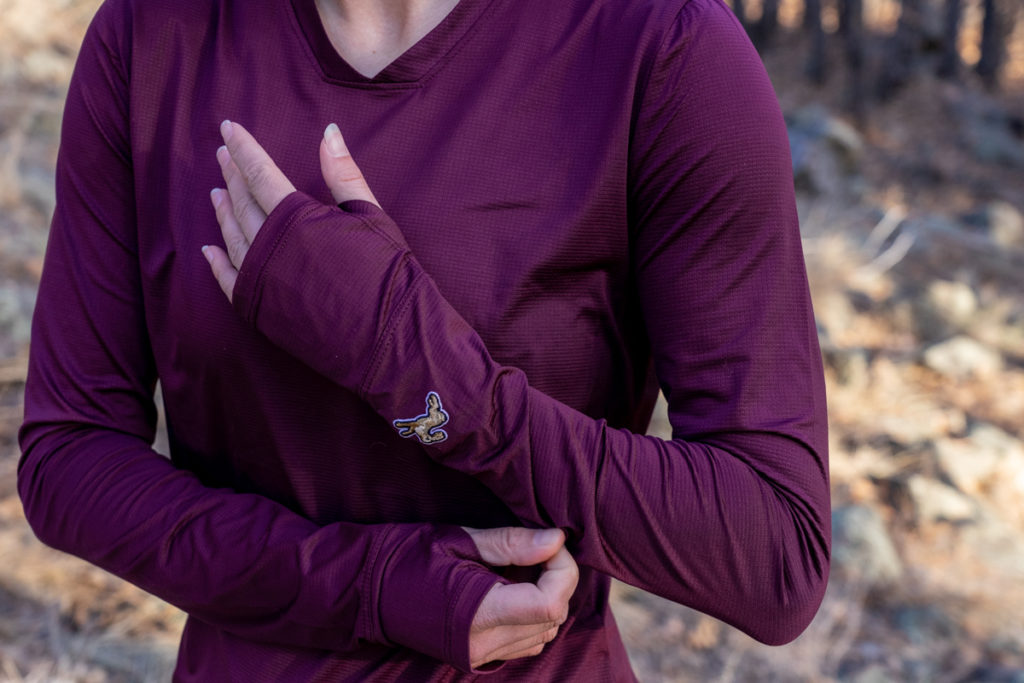 The twilight long sleeve is the only long sleeve tee in Tracksmith’s repertoire that features thumbholes.  This choice is a little odd to me since I prefer thumbholes on my warmer tops and use them less for lightweight styles.  The harrier and brighton both do not have thumbholes, for example, despite being intended for cooler weather.  So while thumbholes aren’t a bad thing, I wish they were featured on more of Tracksmith’s long sleeve tops. 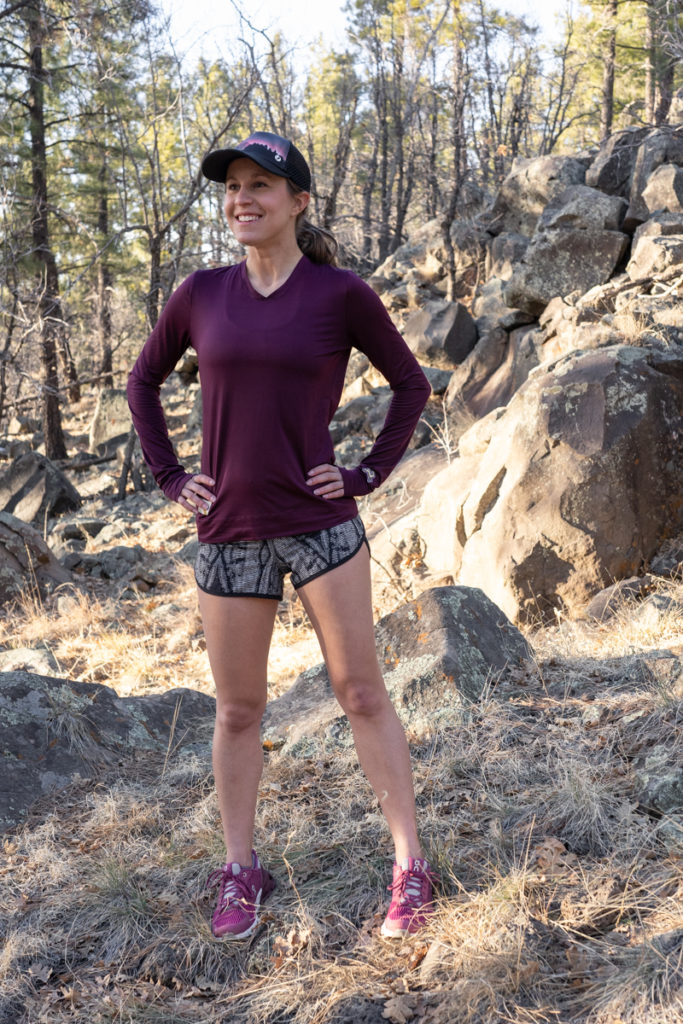 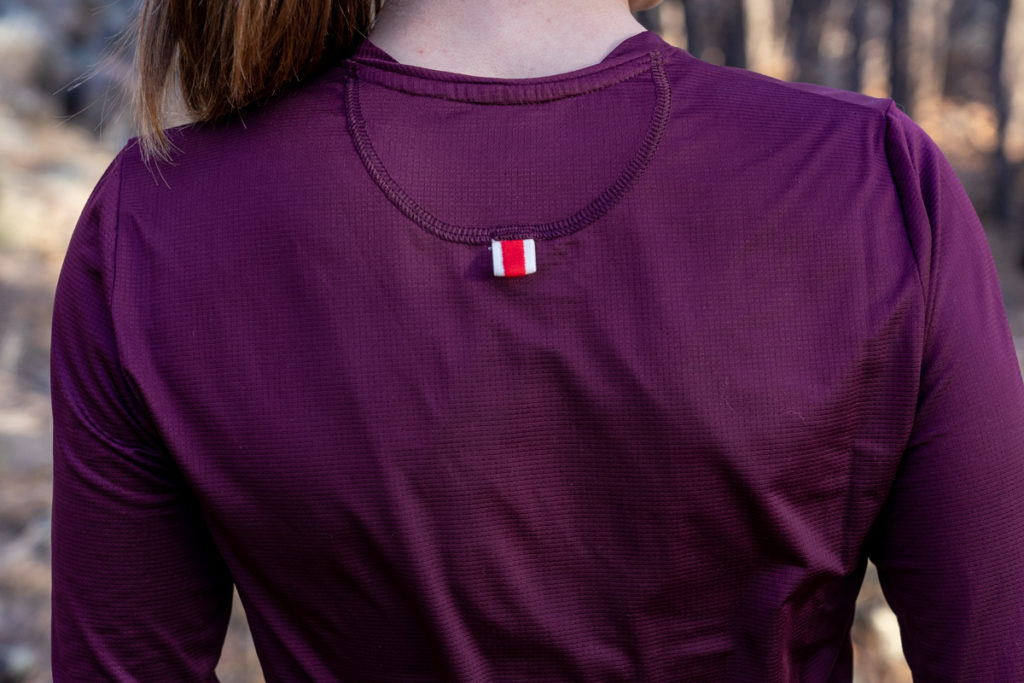 Tracksmith’s tops tend to be pricey, but at $64, the twilight is their least expensive long sleeve technical tee.  The lower price is certainly attractive compared to the higher investment of the other options, and some folks may prefer the fully synthetic fabrication of the twilight.  That said, while I like this top, it doesn’t get quite as much use as my others.  Each of the different Tracksmith styles has a different use, including the twilight, but if you can only buy one, the harrier long sleeve is still my top recommendation as the most versatile of the bunch.

The twilight long sleeve is generally available in a couple of colors on the Tracksmith website.  Take note, Tracksmith very rarely offers sales or coupon codes and their styles frequently sell out, so there’s no need to wait for a better deal. 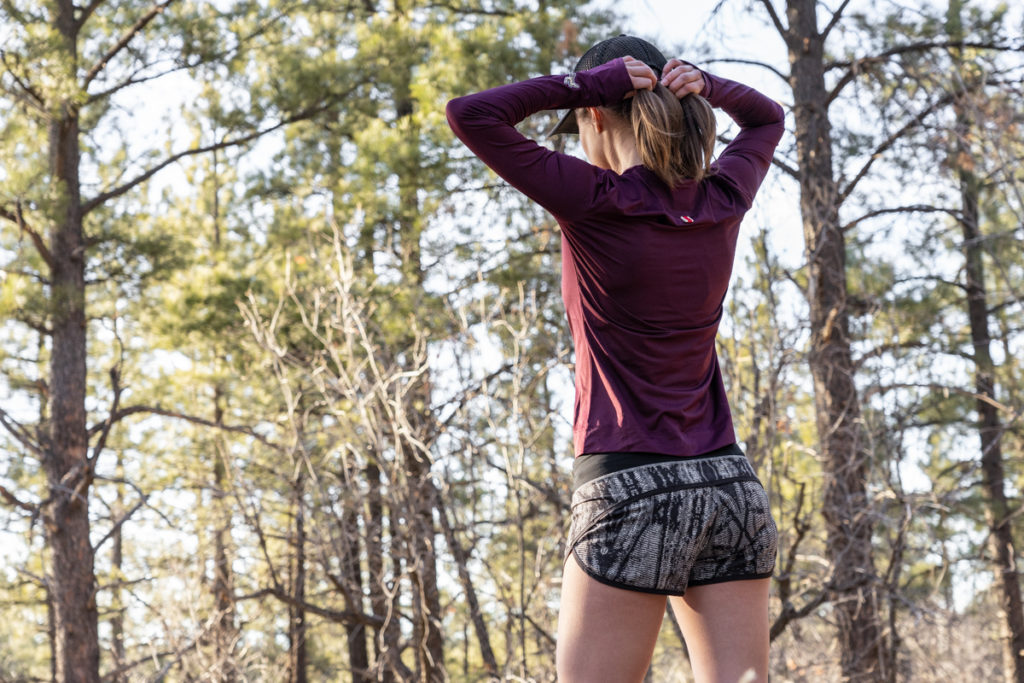